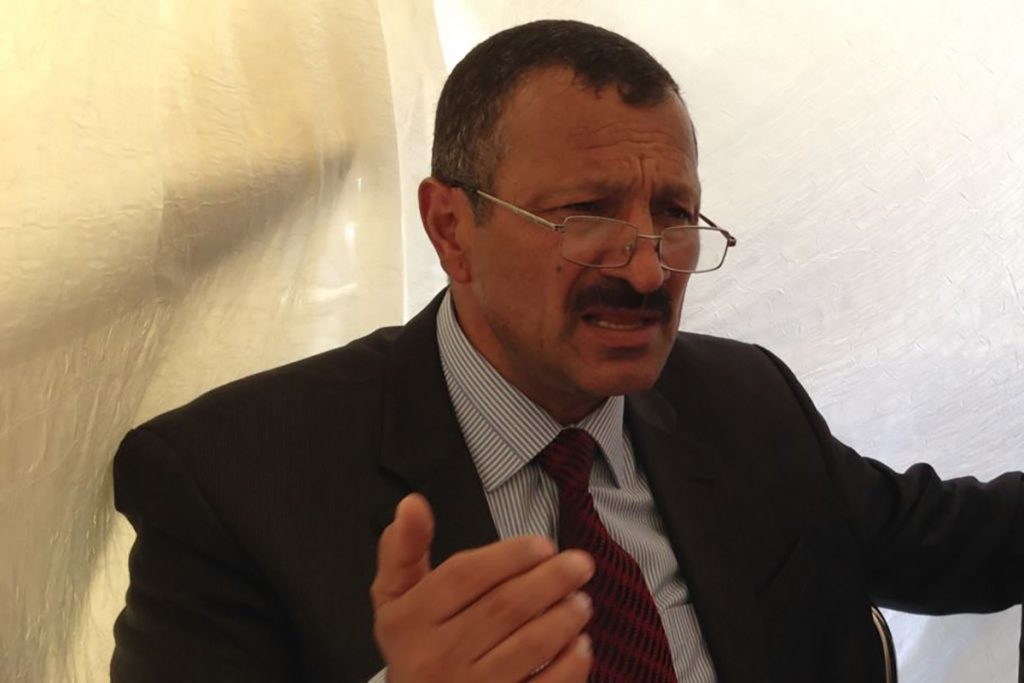 Longtime political activist and member of Azerbaijan's oldest political party, Musavat, Tofig Yagublu has always been in the sights of the authorities. He was arrested at least 35 times and recently received his fourth sentence. Now he has decided to go on a hunger strike

Imagine being in your car, driving to a local market to pick up some groceries. You drop off your partner and wait inside the parked car. Then, suddenly, a vehicle that appears out of nowhere comes side-swiping your car. You are surprised and shocked, especially as the driver and the passenger get out and try to attack you. You stay inside the car and call the police, only to be arrested on charges of criminal hooliganism. Veteran political activist Tofig Yagublu, 59, did not have to imagine this. This happened to him on March 22nd, 2020. After official charge, Yagublu was sentenced to three months in pretrial custody at the Pretrial Detention Facility No.3, known for its inhumane conditions. After months in custody, Yagublu was charged and sentenced to four years and three months for a crime he did not commit.

Tofig Yagublu is a member of the country’s oldest opposition party Musavat. As a veteran activist, he has attended many political rallies, made statements, and has been critical of the ruling government for decades. Not surprisingly, he is all too familiar with jails in Azerbaijan, for he has been detained and arrested at least 35 times throughout his lifetime. And this is his fourth sentence over the last 12 years.

His family has been prosecuted too. His daughter, Nigar Yagublu [now Hezi], was sentenced to two years and six months in 2012, and his son in law, journalist Seymur Hezi, was sentenced to five years on bogus hooliganism charges in 2014.

Like those never ending television series, the persecution of Yagublu family by the authorities has been on for decades. This time, Yagublu is determined to put an end to the inhumane treatment of his family. Following the court sentence, Yagublu said he is going on a hunger strike and he will not stop until he is released and if it means he will die then be it, he told his daughter.

It has been ten days and Yagublu has now been joined by other opposition activists who have gone on hunger strike in Azerbaijan. Former political prisoner and journalist Afgan Mukhtarli has set up a tent in Berlin, outside Chancellor Merkel's office, and started his own hunger strike. A campaign #FreeTofigYagublu and #TofiqYaqubluyaAzadliq is being used and shared widely on social media platforms.

On September 9th, some 38 activists and journalists were detained after an unsanctioned rally that was organised in support of Yagublu, calling for his immediate release.

The persecution of Tofig Yagublu and his family is not an isolated case. In March, just days before Yagublu was detained on hooliganism charges, President Ilham Aliyev claimed in his nation wide address he will not let the “enemies” and “the traitors” within destroy Azerbaijan. If Yagublu is one of these enemies, then Aliyev’s government is about to destroy him. On September 10th, Yagublu’s daughter told journalists that her father’s health is ailing. “He is experiencing weakness walking and speaking and he has fainted once. His blood pressure is low”, said Nigar Hezi.

Following a medical examination by an independent doctor, on September 11, and a formal letter sent to the European Court of Human Rights on September 12 stating the severity of Yagublu's condition with a possibility of him going into a clinical coma, Yagublu was transferred to a clinic.
He remains under doctor's supervision. In a statement on September 14, his doctor, Adil Geybulla confirmed Yagublu's condition was now stabilized. "In any case, he is in better hands here," said Geybulla in an interview with Azadliq Radio .

Meanwhile, scores of opposition activists have been targeted since the president’s statement in March. During the COVID19 lockdown, key members of opposition groups were detained for allegedly violating quarantine regime. While some were fined over social media posts critical of the government, others were detained or targeted online and harassed. Since April Ali Karimli, leader of opposition party Popular Front, has had his Internet cut off and sporadic mobile signal. In June, the Cabinet of Ministers rolled out a new requirement for freelance and full time journalists, forcing them to register with an e-permission platform. Media law expert Alasgar Ahmadoglu contested this requirement, stressing that it is not legal without a state of emergency.

Despite calls by international organisations to respect the country’s obligations under international treaties, Baku is refusing to do so, dismissing any reports of rights violations and the government’s role in muzzling the opposition. And yet, there is ample evidence of a very different Azerbaijan – the most recent protest of September 9th is a testament to that.