The curves of the Georgian alphabet seduce UNESCO 09/01/2017 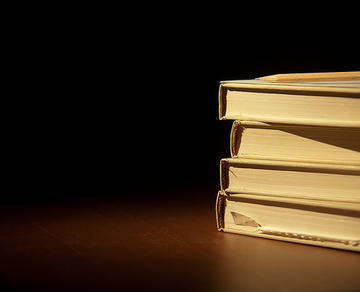 On April 22, Yerevan became the 12th city to be designated World Book Capital by Unesco. A look back at the most significant projects of the year

It has been almost eight months since Yerevan became the 2012 World Book Capital designated by UNESCO. This distinction was transferred from Buenos Aires to Yerevan on April 22. Every year on this day, which is also the World Book and Copyright Day, a new city receives the title of World Book Capital. Interestingly, Armenia’s 12th capital Yerevan has also become the 12th World Book Capital in 2012.

“I congratulate the city of Yerevan, which has presented a particularly interesting program with many different themes, including the freedom of expression, as well as several activities for children, who will be the readers and authors of tomorrow”, said Irina Bokova, Director-General of UNESCO  at the conclusion of the meeting of the selection committee which was held at UNESCO Headquarters on July 2.

During these eight months, Armenian government implemented the program submitted to UNESCO in 2010. It is symbolic that this year Armenia also celebrates the 500th anniversary of Armenian printing. Five centuries ago, in Venice, Hakob Meghapart printed the first Armenian book with Gutenberg's invention of printing. In September, Armenian prime-minister Tigran Sargsyan visited the German city of Mainz, where he participated in the opening of an exhibition in the Gutenberg Museum dedicated to this anniversary.

“Printing and the creation of the Armenian alphabet at the turn of the 5th century - said the Armenian Prime Minister in Mainz - created a solid basis for the future cultural and spiritual development of the Armenian people”.

The cultural and spiritual achievements of Armenia played the main role in creating an interesting program for the whole year. Many of the events were organized by the Ministry of Culture, which has also been overseeing the participation in book fairs all over the world during the past several years. It would be impossible to tell about the hundreds of events that took place during the past eight months, so we’ll try to take a look back at the most significant projects of this year.

One of the first international book fairs of the year, the Bologna International Children’s Book Fair, took place in Italy in March 2012. Among 66 other countries Armenia presented children’s national literature. Presentations dedicated to the 500th anniversary of Armenian printing and Yerevan World Book 2012 capital where also held in Bologna.

The formal opening took place on April 22, when Yerevan officially became the 2012 World Book Capital by UNESCO. A number of amazing open-air events all over the city attracted Yerevan citizens and tourists. Theatre, dance and poetic performances and concerts ran throughout the day. On every square children painted on the ground, which made the city even more colorful.

One of the largest events, ArmBook Expo, started on April 21 at Cafesjian Center of Arts – the newest and the most significant museum of modern art in Yerevan. The exhibition included 1,800 books from Argentina, Austria, Germany, Brazil, Poland, Romania, Russia, Serbia, Japan, Lebanon, Spain, Switzerland and other countries devoted to Armenians and Armenia. Guests from Buenos Aires, which held the title of World Book Capital during the year 2011, participated in ArmBook Expo. Among others, famous writer Jorge Luis Borges’s wife, Maria, came to transfer the title of World Book Capital. A catalog devoted to ArmBookExpo presented all the books that will be donated to the National Library of Armenia after the exposition at Cafesjian Center of Arts.

On April 20-25 the 6th All-Armenian Writers' Forum was held in Yerevan and Tsaghkadzor. The writers came from Armenia, the Republic of Nagorno Karabakh and 21 countries that host the Armenian Diaspora. More than 100 writers participated in the forum.

But the most incredible spring gift was the concert of the famous Italian singer Andrea Bocelli. He performed with the Armenian Philharmonic Orchestra and Div4s quartet. Thousands of people came to Liberty Square to listen to the great Bocelli.

The number of Yerevan's monuments increased during the last eight months. In April David Yerevantsi, a famous sculptor of Armenian descent who lives and works in France, presented a monument entitled "Life of Eternity". It is dedicated to the history of the famous «Msho charntir» book, which was divided into 2 parts during the Armenian Genocide. It is notable that at the most tragic time fugitives from the Armenian Genocide tried to take books with them. It was important to save the history of the whole nation with the help of the books. Two women saved the parts of the huge and heavy «Msho charntir» book and now it is kept in one of the biggest book depository of Matenadaran. Another prominent monument is a statue of a climbing man, which is created from letters of 19 different alphabets. It was brought from Argentina by the mayor of the World Book Capital 2011 Buenos Aires, Mauricio Macri, who visited Yerevan in April.

The exhibition “An eternity of writing” was featured at National History Museum, where the Museum of Mother See of Holy Etchmiadzin, the Matenadaran, the History museum of Armenia and the National Library presented their exhibits. This was the first joint exhibition of the major museums of Armenia.

A lot of open-air events were organized in the summer. A Reading Festival in the garden in front of the Cafesjian Centre of Arts took place on June 21. During the festival people donated books to the libraries of villages and cities located near the borders of the country. Many school libraries there have a shortage of books for children. During the past eight months a number of events involved, among other things, collecting books for schools and libraries in need.

The village of Hovhannes Tumanyan

The fall had its share of interesting events. A beautiful autumn fairy tail – the International Puppet Festival, took place in the middle of September in village Dsegh, the birthplace of great Armenian poet and writer Hovhannes Tumanyan. The choice of the location was a tribute to Tumanyan’s impact on Armenian literature for children - he was the author of fairy tales, poems and novels for children. Puppet theatres from Lithuania, Russia, Germany, Denmark, Iran, Georgia, and France came to Lori Province, where Dsegh is located. The beautiful nature of that part of Armenia inspired the participants. The festival was organized by the Armenian Centre of International Puppet Association of “UNIMA-Armenia” and supported by UNESCO. An exhibition presenting newest illustrated editions of Hovhannes Tumanyan and other Armenian writers was launched during the festival.

In October, the Ministry of Culture launched the “Back to the Book” third annual festival. The event was organized in Khnko Aper National Children’s Library. The festival included exhibitions, fairs, roundtable discussions, lectures and even fairy tale reading for children.

In four months, Yerevan is going to transfer the title of the World Book Capital to Bangkok. Yet, it is too early to summarize. The Armenian Ministry of Culture has a condensed program for the winter and the first two spring months.