Living with a disability in Armenia 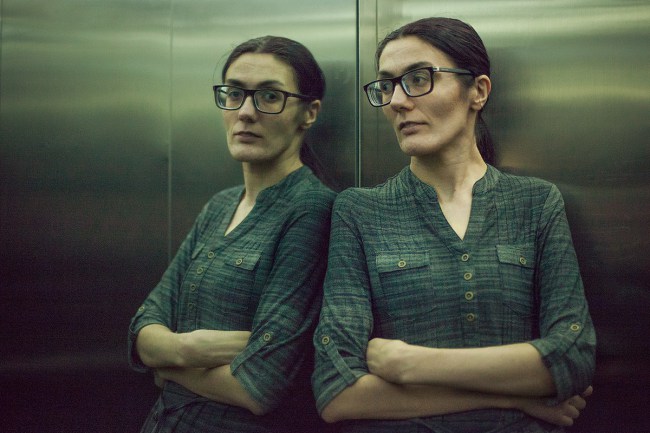 In Armenia there are women who despite the blows of fate, despite deprivation and despair, were able to withstand their difficulties and move forward. Below is Vardine Grigoryan’s story

At the age of ten, after losing her mother, Vardine was forced to fight alone for her rights and convince society that she had the right to live like anyone else. Looking back at her childhood, Vardine realises that she came out a winner, admitting that she has fulfilled the most  ambitious dreams of her childhood, reaching greater heights.

‘My mother decided to give birth and keep me’

She was born and raised in Vanadzor — a city in northern Armenia. In early childhood, she was diagnosed with Marfan syndrome, a genetic disorder that she inherited from her mother. Marfan syndrome is a connective tissue disorder which can manifest in different ways and to varying extents. Vardine’s mother did not have any visible symptoms of Marfan, that is why her disease, and particularly aortic dilation, were never identified.

‘My mother wanted to have a child very much, so she got married at the age of 34 and divorced some three or four months later. When I was born, my parents were already divorced. I know that scandals preceded my birth; they accused my mother of burdening her family with the birth of a child, especially when it turned out that the child was going to have health problems. Despite all this, my mother decided to give birth and keep me.’

Vardine’s mother, Seda, died 22 years ago, but her daughter keeps the memory of her unconditional love and affection alive. Since then, Vardine has been living with her grandmother Varduhi.

‘My grandma was ashamed of my appearance’

‘I remember how I used to sit on my mum’s lap even when I was already 10. She loved and cared for me very much. She gave me a unique name — Vardine — and thought that I was the only Vardine in the world. Unlike my mother, my grandma did not like encouraging me. Her general approach is very stereotypical and she looked at me through the prism of society. My grandma was ashamed of my appearance. I remember, when I was still a child, she used to walk very quickly on the street so that I could not keep up with her. She feared that people would see us together and start asking if I was her granddaughter’, Vardine recalls. ‘At the same time, she would never let anyone offend or be rude to me. Her protective instinct was an interesting one. She wanted to protect me from the entire world, but couldn’t do it in a way that I wouldn’t perceive as pressure, or an attempt to hide me.’

Unlike many children with disabilities, Vardine was able to receive an education at a regular school. However, she still remembers the terrible psychological abuse she had to endure during her daily journey to school.

‘Walking that road to school every day was terrifying, because the kids living in the next street laughed and threw stones at me… All this grew into such a huge phobia that even now, when passing by that neighborhood, I become alert. I realise that all of this is in the past, but it is still among the most traumatic experiences of my life.’

Vardine had almost all visible symptoms of Marfan syndrome. At the age of 13, she was diagnosed with spinal curvature. ‘I had to undergo three surgeries at the Masis orthopedic hospital, and the post-surgery period was terribly painful. I had to stand during classes at school. When the pain was particularly unbearable, it was impossible to sit, I had to stand up or walk’, says Vardine, who has already undergone six such surgeries.

‘I always had to work better and harder, I could not afford an average performance’

Despite society’s stereotypical thinking, negative perceptions, and outright discrimination, Vardine found the key to moving forward: she tried to be as helpful to people as possible. ‘I thought that if I failed to do anything useful even one day: my very existence would become meaningless. People would notice that and think that I was taking up someone else’s place. I thought I had to justify my existence.’

Vardine’s love of education helped her overcome the difficulties that she encountered in her life, and she acquired good friends at school. ‘The love and positive attitude towards me was not an act of pity, but were rather based on respect. There was a general opinion at school that I was very smart, so everyone was really kind to me there. I went to school when I was only five, and they say that I used to ask my mother to take me to school even earlier. I woke up every morning and started reading my fairy tale books. They say I learned to read before actually going to school. I wanted to be an honour roll student. I always had to work better and harder, I could not afford an average performance’, she recalls with a smile.

After finishing school, Vardine entered the Vanadzor Technological College, and since she could not afford a private tutor to prepare for entrance exams, she started learning English on her own and was admitted to the Vanadzor State Pedagogical Institute’s Department of Foreign Languages.

Her hard work and thirst for knowledge helped her realise her dream and travel to the US as an exchange student. In 2005, she entered Williams College in Massachusetts and became a one-year non-degree student at the Department of Sociology.

‘She thought learning was a waste of time for me, because no one was going to hire me anyway’

‘My grandma, of course, always opposed my plans for to studying, and thought very poorly of all my initiatives concerning education. She was raised in a society where children with disabilities were hidden away or given up. While there were never any doubts about keeping me, she never believed that society’s attitude toward me could be positive. she thought learning was a waste of time for me, because no one was going to hire me anyway. Her approach was so surprising; no one I knew had achieved as much as I had. But still, she did not accept that and just wanted me to stay at home, doing nothing, she was always afraid that someone would offend me. Once, years ago, I was hanging out with some friends of mine who were dating. When they left, she said she didn’t want them to visit as again. I asked why and she said I don’t want to you to see them and suffer that you will never have anyone to love in your life’, says Vardine.

‘The most peaceful period of my life’

But realising herself, and getting a good education, were what she found important. Despite all this, due to her hard work, persistence and extreme willpower, Vardine managed to finish studying in the US, then returned to Armenia and worked at an NGO — Capacity and Development for Civil Society — for a year.

‘The time spent in America was the most peaceful period of my life. Even when I just walked on the streets, I felt like my spine was straighter. I forgot about my health problems. The social perception and the people’s general approach show you that you are an ordinary human being. But here, people pay a lot of attention to your physical appearance and that constantly reminds you of your disabilities, and that you fail to fit into the framework set by society’, says Vardine.

In 2009, she applied for a graduate programme and traveled to the US for two years to study Public Administration at Ohio University. ‘I’ve had a very interesting and active student life in Ohio.’

‘When I came back to Armenia, I worked at the Helsinki Citizens’ Assembly — Vanadzor as a translator for a short period. Then I became an office manager, worked on institutional development programmes, and finally became the Democracy Monitoring and Reporting Coordinator. I’ve been part of the Helsinki Citizens’ Assembly for six years already’, says Vardine with a happy smile. Vardine is devoted to her work, but she admits that her happiness would be incomplete without her caring and good friends.

‘Live while you are alive’

People with disabilities often try to embrace their situation, they almost perceive it as a punishment they deserved. But Vardine decided for herself that if you cannot put up with something, you have to change it — or at least try. She decided to replace dreams and prayers for a miraculous remission in her scoliosis with more practical actions. Two years ago Vardine met with Karapet Momjyan, the head of spinal services at Erebuni Hospital, and was able to convince him that she could survive a most difficult surgery at the age of 30. Within a few weeks Vardine was able to borrow the money she needed for the surgery. The surgery went better than expected and another one followed.

Her spinal curvature and other health issues have not fully disappeared but Vardine is convinced that this experience has helped return her strength to fight. Within two years Vardine was able to return all the money she had borrowed, and she gave the money that was donated to her to those who were in need of it.

Lara Aharonian, director of the Women’s Resource Centre, describes Vardine as someone with a strong personality and as a role model for many. She also underlines Vardine’s unparalleled sense of humor that she never loses even in the worst moments. ‘Vardine is a positive thinker and is always full of hope. I was amazed at that open-minded and resilient girl and thought how brave she was to get through so many difficulties and continuously work on herself to achieve her aspirations, in spite of all the challenges and obstacles encountered at workplace and in her life’, says Lara Aharonian.

Vardine in turn, says that whatever she does in her life, she always keeps her mother in mind. ‘I don’t know, whether subconsciously or consciously, but it turned out that my life is what my mother wished for but was unable to accomplish in her life. The greatest compliment I receive is when somebody calls me Seda by mistake. That’s when I know that everything is right’

Vardine is convinced that everyone decides for themselves how to live their life , no matter what advice others give. ‘The important thing is to not take on the role of the victim, and to live while you are alive.’