Turkey and Armenia: the threads of diplomacy 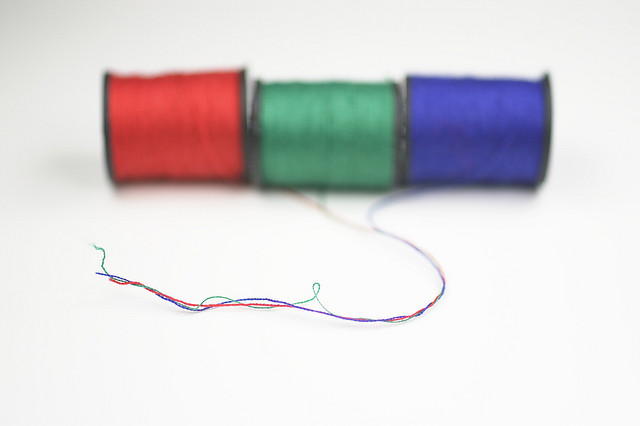 Relations between Ankara and Yerevan have recently taken small steps towards a reconciliation all too long waited for. Yet, signals are still mixed, and the wound of genocide is still open

Last August 10th, the election of Recep Tayyip Erdoğan as president of the Republic resumed the debate on Turkish relations with Armenia. Several issues remain open: first of all, the question of the Armenian genocide, which will mark its centenary next year. Despite the increasingly widespread international recognition enjoyed by this terrible tragedy, Turkey persists in denying that what happened a century ago in the then Ottoman Empire can be defined as a genocide.

Also, due to the support given by Turkey to Azerbaijan during the conflict over Nagorno-Karabakh, Turkey and Armenia have yet to formally establish bilateral diplomatic relations. For over twenty years, moreover, the border between the two countries has been closed precisely cause of the war in Nagorno Karabakh and by what, in Ankara's view, is a violation of Azerbaijan's territorial integrity.

The murder of Hrant Dink

A rapprochement in relations between the two countries took place in 2007, after the killing of journalist Hrant Dink in Istanbul. The man, a prominent member of Turkey's Armenian community and the director of bilingual newspaper Agos, was killed by three gunshot wounds to the throat by 17-year-old nationalist extremist Ogün Samast. The incident caused great consternation throughout the country, for the first time raising awareness on the Armenian question in Turkish civil society. A procession of over one hundred thousand people marched at his funeral, repeating slogans like "We are all Hrant Dink" and "We are all Armenians".

The journalist's death thus contributed to a temporary rapprochement between the two countries. The process of reconciliation between Armenia and Turkey, which began the following year, led to a protocol on the establishment of diplomatic relations being signed by the two foreign ministers on October 10th, 2009 in Zurich. However the document, which needed to be ratified by the parliaments of the two countries, remains only on paper. On April 22nd, 2010, Armenian president Serzh Sargsyan suspended the ratification process, saying that Turkey was not ready to continue the process after the ratification by the Turkish Parliament had been frozen.

The steps of diplomacy

Still, something kept moving. On April 23rd, on the eve of the 99th anniversary of the Armenian genocide, Erdoğan surprised everyone by addressing a message of condolence to the "grandchildren" of those who suffered such atrocities in 1915. The word he used was massacre, and not genocide; and yet, no high-ranking politician in the history of Turkey had gone so far. It is not by chance, finally, that the same day Armenian president Sargsyan, for the first time, mentioned in his message those righteous Turks who "reached out to help their Armenian neighbours and friends annihilated by the barbarians, helping many Armenian children to escape the mob".

Now, if some recent clues appear to point to a rapprochement between the two countries, there are, however, conflicting signals. From a strategic point of view, concern has been raised in Yerevan by the meeting of August 19th between the defence ministers of Turkey, Georgia, and Azerbaijan – the first trilateral meeting of the kind. During the meeting, which took place in the Azeri exclave of Nakhichevan, it was decided to set up joint military exercises between the three countries, manoeuvres that threaten to further isolate Armenia, already too dependent on Moscow from a military point of view.

Better signals come from the political realm – on August 13th, Armenian president Sargsyan sent a message of congratulations to his Turkish counterpart. For the first time, on the other hand, the Turkish government sent an invitation to attend the inauguration ceremony of the President of the Republic. And so, on August 28th, Armenian Foreign Minister Edward Nalbandyan took part in Erdoğan's appointment ceremony. On this occasion, the minister presented the newly elected president of Turkey with an official invitation to participate in the commemoration for the centenary of the genocide on April 24th, 2015 in Yerevan.

Much less promising, at least judging by the reaction of the Armenian press, is the appointment as new foreign minister of Davutoğlu Mevlüt Çavuşoğlu, defined by many as "anti-Armenian". In a symptomatic statement, asked by a reporter about Ankara's plans towards the centenary of the genocide, the new minister allegedly said – not very diplomatically – that Turkey and Azerbaijan will "fight together against the fiction of the Armenian genocide".

The film by Fatih Akin

Much more significant – in the context of a slow, but steady rapprochement between the two countries at the level of civil society – is the new film by Turkish-German director director Fatih Akin. This is a symbolic event of capital importance: it is the first film on the Armenian genocide directed by a Turkish film-maker. The Cut premiered at the 2014 Venice Film Festival, with mixed reactions in Turkey – there were even rumours of death threats directed at Akin. The premiere was also attended by the widow of Hrant Dink, Rakel, moved to tears during the showing.

The film, which cost $ 15 million and is nearly two and a half hours long, tells the story of Armenian blacksmith Nazaret (played by French-Algerian actor Tahar Rahim), a survivor of the 1915 genocide, who travels half the world to find his twin daughters, also miraculously survived. The film's co-writer is Mardik Martin, of Armenian descent, who has worked with Martin Scorsese. As stated by the director – who is certainly not lacking in courage – he conceived the project after abandoning the idea of a film about Hrant Dink, due to the impossibility of finding an actor in Turkey who would accept the role.

It is difficult to make predictions about how the issue of genocide, and more generally the relations between Turkey and Armenia, will evolve in the near future. However, with the centenary approaching, and especially with an unpredictable politician like Erdoğan heading the republic founded by Atatürk, one can expect steps towards a reconciliation too long – and painfully – waited for.