Israel and the Armenian Genocide 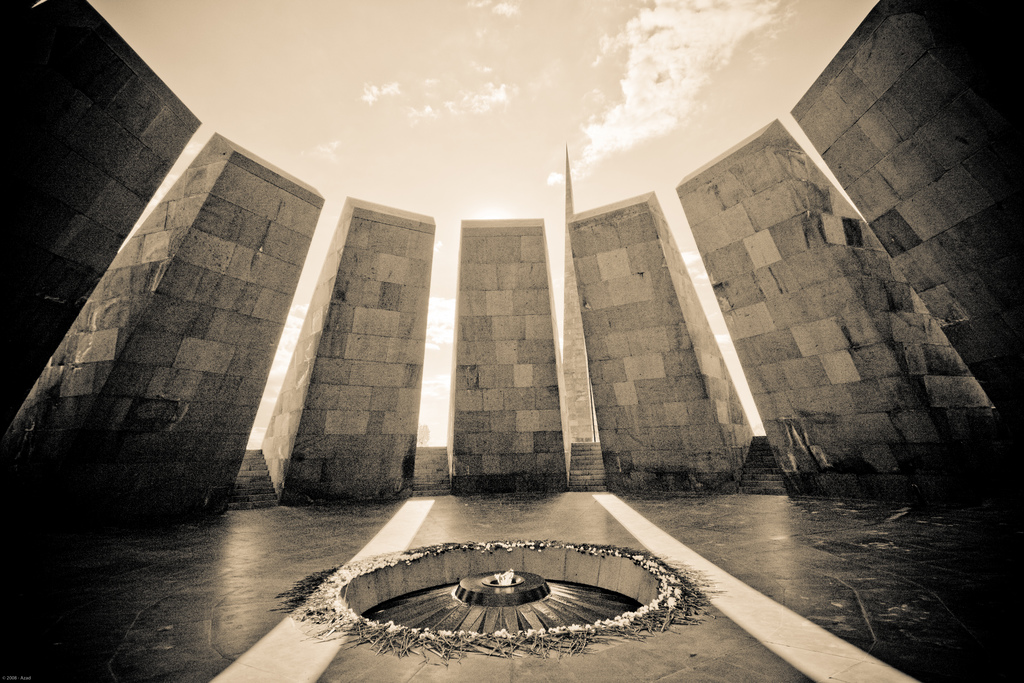 Next year the centennial of the Armenian genocide will be remembered. In the international debate on recognition, a special position is that of Israel

For a long time the issue of the Armenian Genocide has been considered taboo by the Israeli parliament, the Knesset. Over the years, attempts to obtain its public recognition have been vetoed by different governments, worried that the move would jeopardize relations with the main strategic ally of Israel in the region at that time, Turkey. And this regardless of the fact that, since the very first years following the events, several in the Jewish world and in the Zionist movement itself raised voices of sympathy and condolence for a tragedy that in many ways heralded the horrors of the Holocaust.

Things started to move only in the aftermath of the Freedom Flotilla incident on May 31, 2010, when six ships of activists flying American, Swedish, Turkish and Greek flags attempted to break the Gaza Strip blockade imposed by Israel to bring humanitarian aid to the civilian population. On that occasion, the largest ship, the MV Mavi Marmara, was stormed by Israeli special forces, with an operation that cost life to nine Turkish activists and caused the suspension of diplomatic relations between the two countries. A crisis that, despite the American mediation, hasn’t been mended yet.

Less than a year after the events, in May 2011, the Knesset addressed the issue of the Armenian genocide for the first time in a public session, following the proposal of Zehava Gal-On, an MP from the leftist Meretz. For years, proposals like the one of Gal-On had been scuppered by successive governments, with the idea that the issue should be addressed “through an open debate based on data and facts, and not on political decisions or declarations,” according to the words used in 2009 by Likud Minister Gilad Erdan. Or, to put it in a nutshell: outside of the parliament. However, this time no veto came, and the issue was discussed openly.

Still, a new strategic factor of Israeli foreign policy derailed once more the recognition of the Armenian Genocide by the Knesset: the increasingly close relationship – in political, economic and military terms – between Israel and Azerbaijan. A relationship, quoting the words of the Azerbaijani President Ilham Aliyev made public by Wikileaks, which is like an iceberg: “nine-tenths of it is below the surface.”

The Azerbaijani government, opposed to Armenia cause of the unresolved issue of Nagorno-Karabakh, claimed by Baku as part of its national territory, adverses any international recognition of the Armenian genocide. For this purpose, it uses lobbying and diplomatic pressure against countries willing to do so. In the case of Israel, Azerbaijan found a great ally in the far-right nationalist party Yisrael Beiteinu.

The following are the words pronounced on May 18, 2011 by the Deputy Minister of Foreign Affairs and member of Yisrael Beiteinu, Danny Ayalon: “There is no chance that the Knesset would recognize the Armenian Genocide. It is impossible. We cannot afford ourselves to deface relations with our main strategic partner in the Muslim world – Azerbaijan – for some vexed historical questions concerning events that took place hundred years ago.” Thus, also in 2011 the question of genocide was archived.

However, a more significant change of course occurred in recent months, when the issue of the Israeli recognition of the Armenian genocide came back into the international limelight, raising new hopes in Yerevan and among the Armenian diaspora. A decisive contribution, according to what reported by the Israeli journalist Akiva Eldar in Al-Monitor, was given by the speech delivered by the Turkish Prime Minister Recep Tayyip Erdoğan on the eve of the 99th anniversary of the Armenian Genocide, on April 23.

The speech, though far from recognizing a genocidal will in the massacres that took place in the Ottoman Empire starting from 1915, represented a significant – and in many ways unexpected – step forward in the issue. For the first time, in fact, a Turkish Prime Minister addressed his condolences to “our Armenian citizens and all Armenians around the world”.

This, apparently, would have produced a certain embarrassment in Tel Aviv, in a political establishment still torn between the desire not to jeopardize relations with the old and new allies mentioned above, and the need to take a stand on an issue that becomes more and more hardly avoidable. This, in particular, with the centenary celebration of the Armenian genocide just round the corner, in 2015.

Some steps taken recently by the influential American Jewish community were of great importance in the direction of a change. Thus, Anti-Defamation League National Director Abraham Foxman, after years of denial, finally admitted last May that what happened at the expense of the Armenians during WWI can be defined as genocide. Or, just a few days before, the publication of a “tribute to memories of the victims of the Metz Yeghern” signed by the American Jewish Committee, which has provoked a strong protest from the Turkish Ambassador in Washington, Serdar Kılıç.

But, most of all, what arouse significant hopes was the election to Presidency of Republic of Reuven Rivlin, on June 10. Greeted with jubilation by the representatives of the ancient Armenian community of Israel and by the Armenian press in general, the fact raised great expectations as Rivlin has proven, over the years, to be one of the politicians in Israel more involved in the recognition of the Armenian genocide.

Important, in this regard, was the declaration issued last month by the same Rivlin. Words that seem to echo the famous statement that, according to Louis Lochner of the Associated Press, Adolph Hiltler would have pronounced in 1939 (“Who speaks today of the extermination of the Armenians?”): “Whoever thought of the Final Solution got the impression that, when the day comes, the world will be silent, like it was about the Armenians. It is hard for me to forgive other nations for ignoring our tragedy and we cannot ignore another nation’s tragedy. That is our moral obligation as people and Jews.”

Over the last few days, there was a visit to Yerevan by a delegation of the Israeli Foreign Affairs Ministry for a series of consultations having as objective to expand the cooperation between the two countries in the economic and political spheres. On the occasion, the delegation visited the Memorial of the Armenian Genocide.

Hard to say if, in the end, conciliatory positions like that of Rivlin will prevail, or instead those of the ones who think “offensive, and even blasphemous” (thus Yosef Shagal of Yisrael Beiteinu, in 2008) to compare the Armenian genocide and the Holocaust of the Jews. Certainly, what remains is the unease towards those willing to sacrifice the memory of thousands of victims on the altar of political interest.