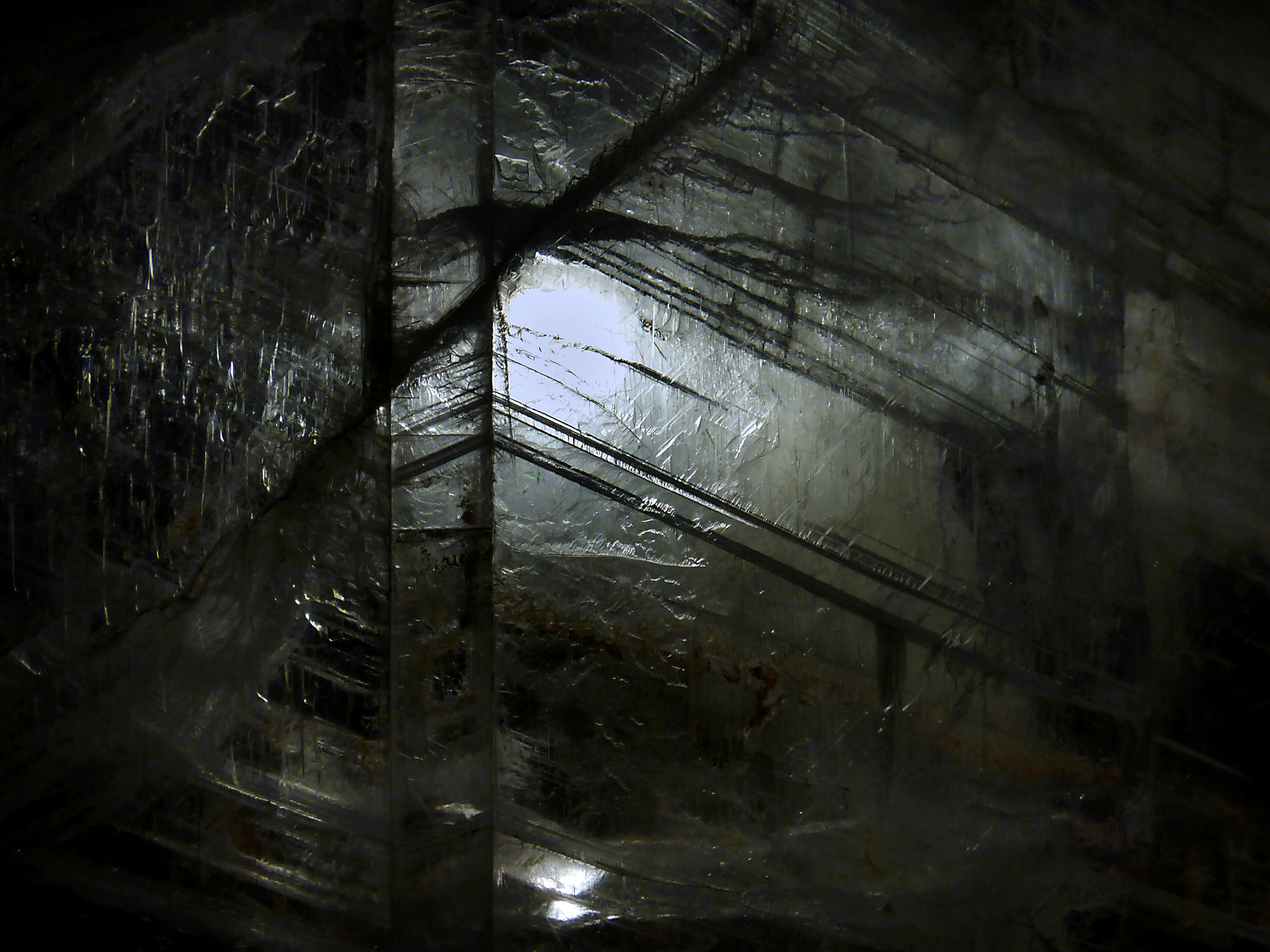 Despite significant progress in recent years, Turkey is still struggling with an anniversary that marks a past yet to be overcome

April 24th marked the centenary of the "Metz Yeghern", the "Big Evil", which thousands of Armenians living in the Ottoman Empire endured between 1915 and 1917 with deportations resulted in mass killings. Like every year, Turkey took on the classic defensive position against the term "genocide", while the Armenian diaspora has been struggling for fifty years to have this term recognised.

From the beginning of the Republic to date, Turkish official historiography has used the term tehcir (forced deportation) to describe the phenomenon that led to the virtual disappearance of the Armenian population from Anatolia, and has justified the events as acts of self-defense stemmed by the circumstances of national peril in the context of the First World War.

Although the moderate Islamist government of the Party of Justice and Development (AKP) and its leader, unlike other nationalist governments of the past, acknowledged the atrocities – President Tayyip Erdoğan, former Prime Minister, offered his condolences to the descendants of Armenian victims last year – Turkey does not recognise in any way the premeditated, systematic killing of Armenians.

According to the President, the purpose of the campaigns by the Armenian diaspora "is less about remembering the suffering endured by the Armenians than about being enemies of our country and our people. [...] As in all periods of history, great pains and tragedies occurred during the Great War. Not just Armenians have suffered the consequences. [...] If we kept count of the pains that our people have suffered in the last hundred years, we would have to say and to claim much more than the Armenians".

Observers point out a difference in tone between Prime Minister Ahmet Davutoğlu and Erdoğan on the issue. While the former is generally considered as more conciliatory and diplomatic, according to Etyen Mahçupyan – Turkish-Armenian journalist and advisor to the Prime Minister – Erdoğan's harder attitude towards the Armenian diaspora stems from the concern of losing "the 4% of the nationalists' votes" close to the June 7th elections.

Mahçupyan also maintains that "it is impossible not to define genocide what was done to the Armenians in 1915". A few days later, he announced his official resignation from his post "because of seniority", adding that he will continue to work "informally, without a salary". Many have naturally connected the advisor's sudden change of appointment to his statements.

The Armenian genocide on the international scene

Although Erdoğan declared that the resolution adopted last Thursday by the European Parliament, which recognised the Armenian genocide, leaves him completely unfazed, the terminology adopted by the international institutions and community to commemorate the centenary deeply troubles Ankara.

Brussels' decision endorsed Pope Francis' speech of last April 12th, which referred to a text by John Paul II to say that the one against "the Armenian people", along with the "Syrian Catholics and Orthodox, Assyrians, Chaldeans, and Greeks, is generally considered the first genocide of the twentieth century". The Pope words sparked protests from Ankara, that expressed "disappointment, pain, and loss of trust" towards the Vatican. "Considering the suffering unilaterally, taking sides of a group only and hiding the suffering of the other, is not suited to the Pope and the position he holds", criticised Prime Minister Ahmet Davutoğlu.

Then, all eyes were on the speech that President Barack Obama would deliver to Congress on April 24th to commemorate the events of 1915. The Turkish diplomacy pressed for days for the US president to avoid, as in past years, to use the word "genocide".

The centenary-induced anxiety led Ankara to anticipate the commemoration of the Battle of Çanakkale (Dardanelles) – also celebrating its centenary this year – to April 24th to divert international attention from the Armenian events. Armenian president Serzh Sargsyan was also invited to Çanakkale, but rejected the invitation with a strongly worded letter addressed to his Turkish counterpart, with the postscript reading: "Your Excellency, a few months ago I invited you to join us for the commemoration of the innocent victims of the Armenian genocide in Yerevan on April 24th. It is not in our habits to accept an invitation before receiving an answer to our own".

Meanwhile, Turkey had its own preparations for the centenary. The Turkish-Armenian community (about 50,000 people), together with members of the diaspora and Turkish civil society, held a commemoration – as in the past years – in Taksim Square, where a concert was held for the occasion. Even there, however, there were discrepancies and discordant voices.

The Vadip (Platform of solidarity and communication between foundations), regarded as the most important Turkish-Armenian civil society organisation, drafted a statement to be read on the day of commemoration. However, according to Turkish-Armenian newspaper Agos, the text was to be sent to the advisors of president Erdoğan to get an opinion, sparking controversy within the community.

On the other hand, the Armenian Patriarchate allegedly refused to collaborate in drafting the message without comment. Patriarchal vicar Aram Ateşyan (who replaces Patriarch Mesrob II Mutafyan, seriously ill, and was not elected by the Armenian community), announced that on April 24th there would be no commemoration, but only a Mass. "I just hope that, as faithful citizens attached to this country, we will be able to spend the month of April without any unpleasant incidents and in peace, without suffering pain and sorrow", the Archbishop said.

According to Harut Özer, a member of Turkish-Armenian civil society, this happened because the Turkish-Armenian society "internalized intimidation" and most of it is not interested in these issues because "it was ripped off its feeling of belonging". This is not a surprising statement, since Erdoğan, commenting on the resolution of the European Parliament only a few days ago, said without much hesitation that they could "deport both Armenians who are [Turkish] citizens that enjoy all the benefits of our country and those who are not citizens but fled their country for Turkey".

This is not even an isolated comment, since Erdoğan had already made a similar threat in 2010 (the difference is that this time is extended to "citizens" too). It is not uncommon for Turkish politicians to "accuse" each other of being "Armenians" when they want to insult. The mayor of Ankara Melih Gökçek even sued Turkish-Armenian journalist Hayko Bağdat because he (jokingly) called him "Armenian" on twitter. "Gökçek is a person who, when he does not like someone, asks them if they are Armenian. If, as he claims, calling someone 'Armenian' is an offense, then the mayor will have to pay many thousands of pounds in compensation", said Bağdat.

Meanwhile, several books on the Armenian issue were published in April. A lot of attention was garnered by "The Armenian Genocide" by Raymond H. Kévorkian, published by İletişim and presented as "the widest study carried out on the issue". Several magazines as Birikim, Mesele, Evrensel Dergi, and #Tarih devoted their last issue to the centenary. In addition, on April 26th, the Boğaziçi University hosted an international conference which long remained in doubt, apparently because of the title: "The Armenian genocide: concepts and perspectives in comparison". According to rumours, the Bilgi University, which in 2005 hosted the first conference on the "Armenian issue" and was supposed to host this meeting too, stepped back because of the term "genocide" in the title.

Some positive signs, however, do emerge in the prevailingly negationist Turkish landscape. For the first time in fifty years, three politicians of Armenian origin were candidates in the upcoming elections to the leadership of three different parties (AKP – moderate Islamist, CHP – party of Kemalist tradition, and HDP – a party led by Kurdish politicians that positions itself as a national-level left wing formation), highlighting the diversity of ideas that characterises the Armenian community itself.

A part of Turkish civil society, however, knows well by now what remained a repressed memory for so long, and presses for a change. "In Turkey there is a significant group of citizens who apologise to Armenians, participate in their city's commemoration of April 24th, carefully read the articles and books published on the subject, and share their ideas on social media. Although they are not too many, these people have turned the Armenian issue from a foreign policy one to a matter of internal politics", writes Ahmet Insel on this month's issue of Birikim.

Addressing the issue of the Armenian genocide would mean for the Turkish society to embrace the values of civilisation and humanity. If ever there will be a change in Turkey, it will take place only when society will no longer be subjected to the logic of the State and citizens will be able to think for themselves", he concludes.