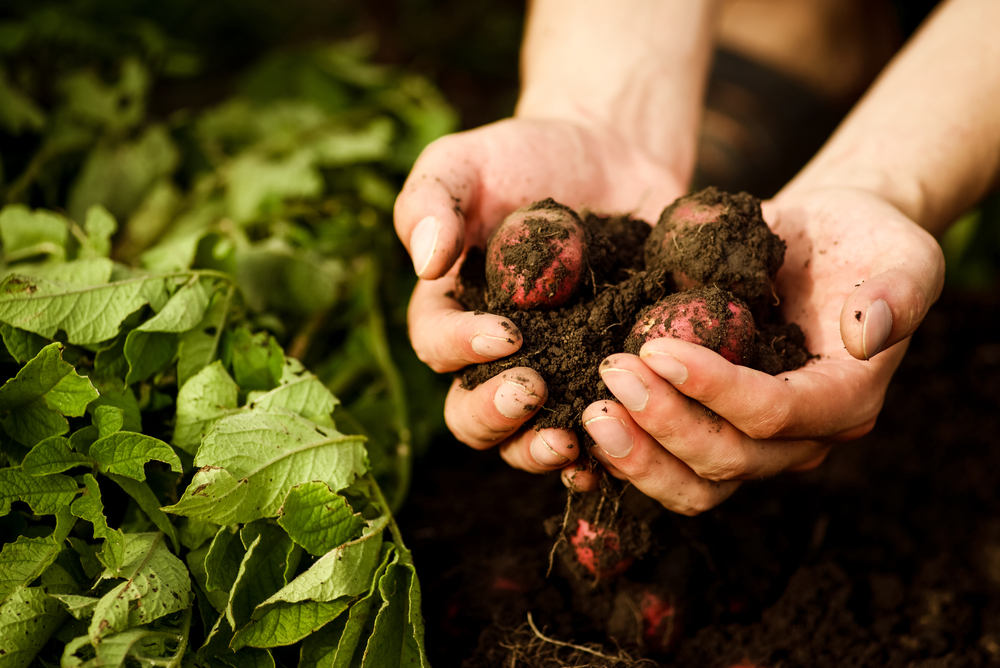 Albania has the potential to successfully develop organic farming, but the sector needs structural and sustainable interventions. We talked about it with Professor Enver Isufi, director of the Institute for Organic Agriculture in Durrës

In which stage of development is organic agriculture in Albania today?

How would you assess the development of the organic agriculture sector since its first steps in Albania, in the early 2000s?

In the years between 2001 and 2011, Albania had the biggest number of bio-farmers: back then, organic agriculture enjoyed stronger support from different donors. Later, the number of farmers engaged in organic agriculture has declined from year to year. In these very last years, though, we’re back to witnessing a positive trend, with a significant increase in bio-farmers, especially in the sectors of medicinal plants and organic olive oil. This trend is (also) the consequence of the increasing subsidies wanted by the Albanian government in the last two years.

Which are today the most present and promising organic cultures in Albania?

At the moment, the most successful bio-cultures in Albania are medicinal plants, fresh herbs, and olive oil. These are currently also the leading exports towards international markets. In the past few years, we have witnessed an increase in the number of farmers growing medicinal and aromatic plants, while those producing fruits and vegetables have decreased.

What kind of farmers show interest in moving from traditional to organic agriculture?

Many and diverse farmers show interest in moving from conventional to organic production. Many, though, lack the necessary financial means. In general, I believe that if financial support were easier to obtain many more producers would be ready to go organic.

Is the current legislation adequate to support the needs of organic farmers? Are there any significant public funds or financial contributions devoted to the sector?

In 2016 the Albanian parliament approved a new law, specifically designed to develop and support organic agriculture in the country. The rules for the actual implementation of the new law are now ready, but the government has not implemented them yet.

Subsidies vary from 700 to 1,500 Euros for each certified farmer according to the stage of conversion to organic production (first year, second year, and full bioproduction in the third year). Taking into consideration the needs of Albania's small bio-farmers (with an average bio-farm around two hectares), I think this level of financial support is good, and at least on paper allows interested farmers to switch to organic production. So far, however, farmers haven’t always received the sums they’re entitled to.

Is there a long-term strategy for the development of organic agriculture in Albania?

So far, the Albanian government has not drafted any new action plan for the development of organic agriculture after the first one (2007-2013), which was only partially implemented, came to its natural end. We believe a new plan is needed to identify and pursue sustainable goals in the sector.

Is there already a functional local market, capable of absorbing the local production and stimulating a growing presence of organic products on Albania's tables?

Last year we registered a reduction in the number of outlets for bioproducts in Albania, also because of the declining number and variety of products on sale, especially fruits and vegetables. Albania currently lacks a proper network of marketing channels, collecting points, fresh rooms, and refrigeration for the distribution and conservation of fresh bioproducts. At the same time, there is no financial support to develop consumer education, promotion, and marketing of organic products.

Is there any potential for exporting Albanian organic products? If not, which challenges and obstacles need to be overcome?

Many Albanian organic products have a clear potential for export. Once again, the main obstacle is the scarcity of financial support available to farmers to explore new markets abroad. Another challenge is the lack of instruments and opportunities to acquire the strongly needed know-how: bio-inputs, training, extension service, publications, marketing support, and consumer education would be particularly welcome. If and when these resources become available, the number and quantity of products exported could increase significantly.

How do international donors currently contribute, both financially and in terms of knowledge-sharing, to Albania's organic agriculture sector?

Over the last few years, unfortunately, EU-funded projects like IPARD, IPA, and international donors, in general, have not focused on organic agriculture. It’s not easy to understand the reasons of such a lack of interest: maybe there’s no trust in the potential of the Albanian market for bioproducts, or donors are afraid because of the high standards required by organic agriculture. For me, it’s particularly difficult to understand why the EU doesn’t support the organic sector in Albania more. Lately, we have heard rumours of different donors willing to start new projects, but it’s still unclear whether this is going to happen or not. In the meantime, what is left on the ground are some smaller projects from donors like Cospe (Italy) and Giz (Germany), which still manage to support some bio farmers and productions.

Is there any significant regional cooperation in the Balkans to support and develop long-term, sustainable organic agriculture?

In 2011, a South East European Organic Network (SEEON) was created to support the development of organic agriculture at the regional level. The platform organised over ten meetings, in which we shared common problems and challenges, acquired know-how, etc. The initiative proved to be useful but, unfortunately, concrete projects for a real, sustainable development of organic agriculture in the region are still absent.