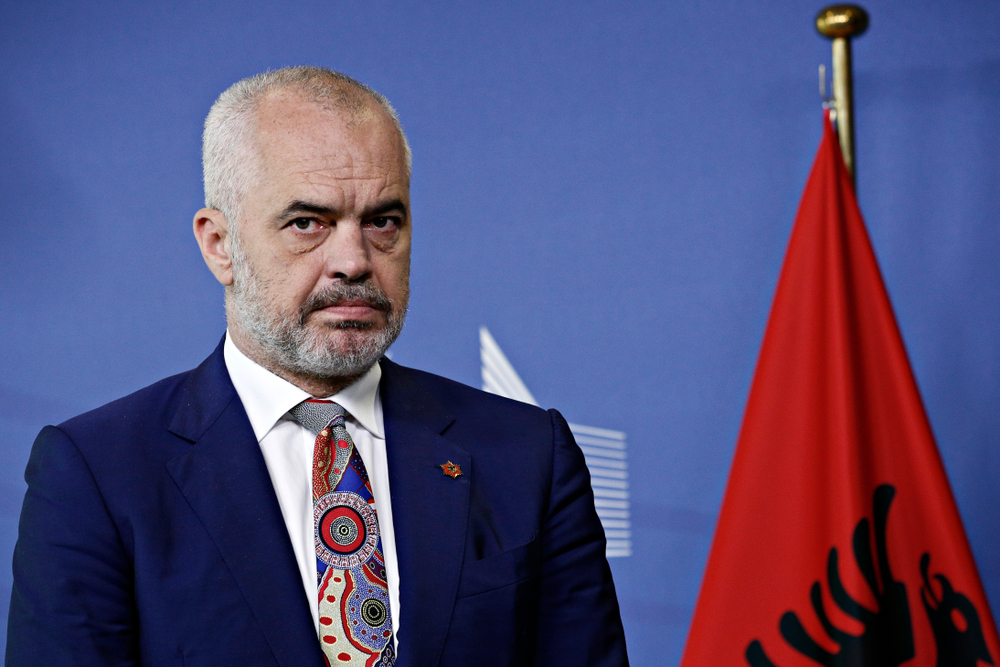 Concerns persist over the approval of the new package of amendments aimed at modifying two important laws on the Albanian media, the so-called "anti-defamation package"

According to the main advocacy organisations, the reform – promoted by Prime Minister Edi Rama since October 2018 to counter the spread of fake news – would include a series of alarming provisions that could jeopardise not only the independence, but survival itself of many Albanian media.

The green light on July 3rd from the Council of Ministers – which furthermore came following the "most serious political and institutional crisis of the last 29 years of democracy" – has stirred, as expected, firm condemnation by Albanian civil society associations , that regard the amendments presented as "against international best practices that aim the self-regulation of online media and not its regulation by the state, through administrative censorship bodies".

Concerns have also been expressed at the international level, on the occasion of a mission last June , during which the European Centre for Press and Media Freedom – ECPMF, Article 19, the Committee for the Protection of Journalists – CPJ, and the Federation of European Journalists – EFJ met to verify the compliance of the previous draft of the package with the standards defined by the Albanian law and by instruments such as the European Convention on Human Rights.

More recent is the declaration of the European Centre ECPMF, which joined Reporters without Borders – RSF, the International Press Institute – IPI, Article 19, and the Media Organization of South-Eastern Europe – SEEMO in "calling the Albanian government to withdraw the two bills". As we read in the joint statement, "instead of seeking further administrative regulations on defamation, the government should seek its complete decriminalization, as suggested by international best practices".

The bills were presented in several versions, making it difficult to identify improvements or issues. If the main concerns over the first version involved the "controversial provisions regarding domain name registration and blocking", in the last draft – according to experts – this draconian mechanism was eliminated, making seemingly less coercive the nature of amendments that would otherwise have allowed real "state control over the content of online media".

Seemingly because, although these changes have been welcomed by the legal review by OSCE Representative on media freedom Harlem Désir, many provisions remain that seem to herald a true censorship plan disguised as a reform.

Specifically, the amendments target the law No. 97/2013 on Audiovisual Media and the Law No. 9918 on Electronic Communications in the Republic of Albania, raising strong concerns about the independence of the Audiovisual Media Authority (AMA) and the possibility of excessive penalties that would compromise the survival of many portals.

Moreover, too many provisions remain vague and subject to interpretation, which would enable the government to abuse the law extensively. For example, paragraph 3 of article 132 of the Audiovisual Media Act would refer to the possibility of blocking Internet access "in cases when electronic media services 'may abet' criminal offenses of child pornography, encouragement of terrorist acts or national security breach".

At this juncture, in addition to the obvious terminological approximation, the problem would derive from the fact that the reference to the "temporary" nature of the block would have been eliminated, paving the way for the interdiction "during an unlimited or not pre-determined period of time". And this would be dangerously linked to the subordination of the Audiovisual Media Authority to the will of the parties.

Indeed, according to the legal review by the OSCE Representative, the new provisions proposed for the articles 132/1, 33/1, 55/1, and 53/1 of Law No. 97/2013 would grant the AMA the power to adopt particularly restrictive measures, including the forced removal of contents. A serious problem, since, as highlighted by Besar Likmeta, journalist of the Balkan Investigative Reporting Network, the AMA would not be "an independent institution, but rather a state body where the chairman and majority of the board are elected by the ruling majority in parliament. The board changes every time the government changes and the same can be said for its rulings and bias to power".

Likmeta's opinion finds confirmation in the statement recently published by ten Albanian human rights organisations, accusing the reform of empowering “a state administrative body to regulate the content of online media outlets, while at the same time [it does] not address the widespread problem of hidden propaganda and disinformation, sponsored by the government, local government units, and political parties", thereby effectively contravening international standards and the principles enshrined in the Constitution.

As for the sanctions, Likmeta says, these can range between € 820 and € 8,200 "for the poorly worded and vague infraction of breaching the 'dignity and privacy' of citizens", up to € 820,000 in the event that a person refuses to "abide by AKEP rulings/orders that relate to the acts and decisions of the Complaints Council of AMA, or any other body with legal competences in this field", as stated in the associations' declaration.

In practice, as denounced by various stakeholders, the excessive amount of these sanctions may be interpreted as an indirect attempt to threaten the survival of many electronic communications providers, as most of them could not bear the burden of such fines.

Between oligopolies and intimidation

The concerning provisions contained in the anti-defamation package would therefore further complicate the already disastrous situation faced by the Albanian media.

Not only because the country's media market is highly concentrated in the hands of potentates with strong political ties – which, according to the Media Ownership Monitor, would control much of the audience and market share – but above all due to the tendency of politicians to attack, verbally and legally, independent media and journalists.

Among these is Prime Minister Edi Rama, who recently promised to sue German investigative journalist Peter Tiede following the disclosure of some wiretaps, which would show several cases of abuse of office by some Socialist Party officials during the 2016 local elections in the municipality of Dibra.

Another case brought to public attention by journalist Artur Cani, concerns Ylli Rakipi and Blendi Fezviu, whose dismissal was allegedly requested directly by the Prime Minister in a meeting with the owners of two television stations. Rakipi, an investigative journalist known for his critical positions towards the government (and subject, among other things, to death threats after the exposure of a corruption case related to the tender of the Outer Ring Road in Tirana), had already been sued for defamation by Rama in January for calling the prime minister "a clown", a "madman", and a man with "below average intelligence".

Given the solid majority that the Prime Minister has in Parliament, it is not difficult to imagine that the package of amendments will be approved without too many complications. As if that were not enough, someone has raised the danger of a backlash by the government, which would see the introduction of new restrictive clauses linked to the registration of online media before the passage in Parliament scheduled for September.
For their part, the associations committed to the defense of freedom of expression have already tuned in to oppose a reform that would not only aggravate the critical situation of the Albanian media, but that would hinder the country's process of integration into the European Union. Significant, therefore, the words that had been addressed by them to Rama last January to request the withdrawal of the bills: "In democratic countries, the aim of the law is to protect citizens from the government and not to protect the government from the citizens".