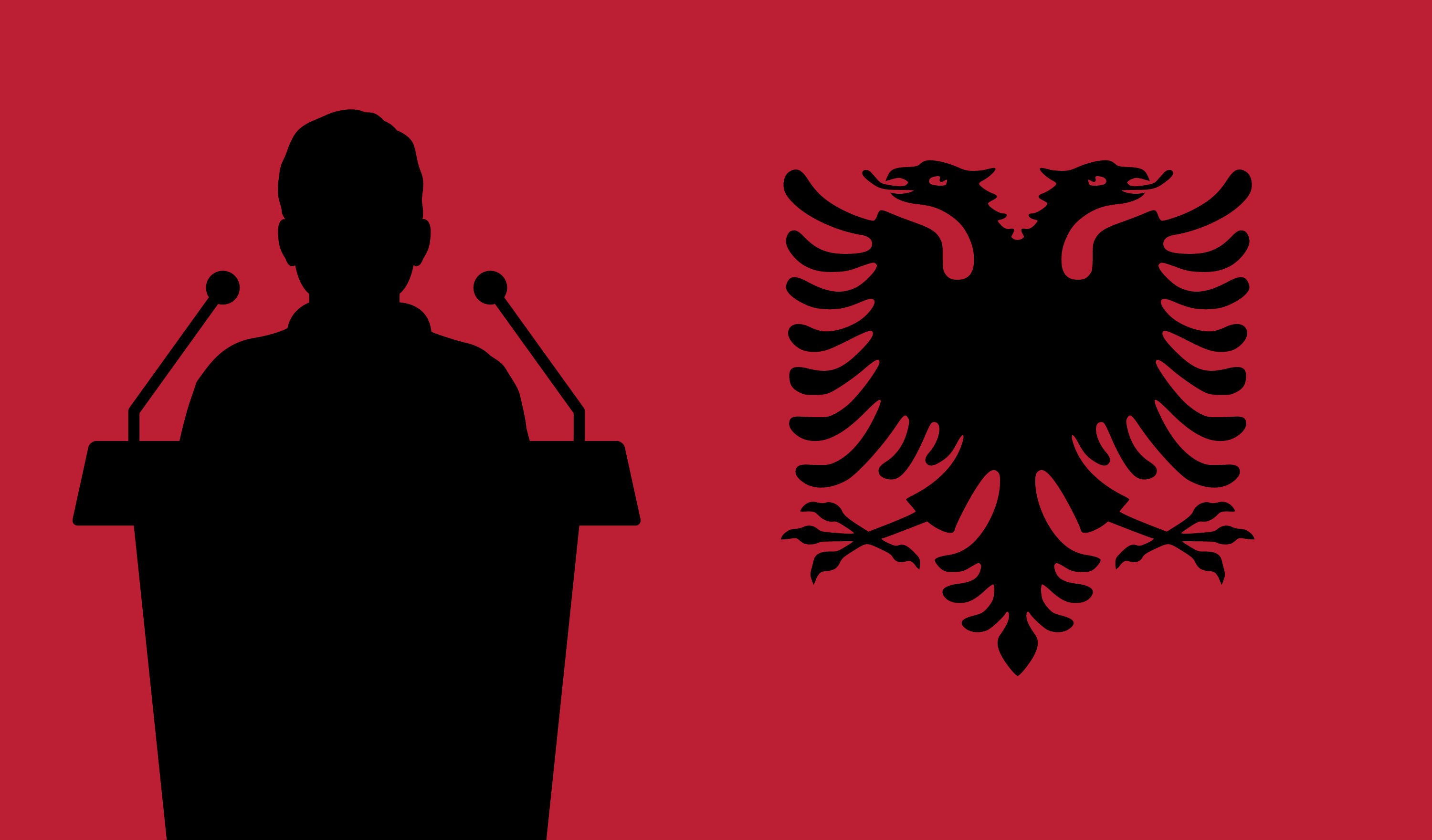 COVID-19 has exposed the weaknesses of Albania’s public information. The monopolisation of communication on coronavirus has raised concerns over the government’s accountability on pandemic management as well as media freedom

The pandemic officially reached Albania on 9 March, immediately followed by a two-months long lockdown with fierce restrictive measures, declaration of state of emergency (in force until 23 June), and partial suspension of the Convention for the Protection of Human Rights. The government adopted a harsh rhetorical approach on the virus, with mentions of a ‘war-like’ situation, armoured vehicles circulating in the streets, and hefty fines, which led to a sense of fear among the population.

In early May, the lockdown eased down and life almost got back to normalcy. The infection rate has been less than 20 persons/day, while the number of performed tests remains relatively low.

In general, some confusion has been noticed among the population regarding the adopted measures, as well as distrust and negative perceptions on Albania’s capacity to properly tackle the situation, especially when considering the number of medical professionals that recently migrated to Germany. There is some fear that the infection rate may be still subject to change.

The Prime Minister’s attempt to weather the storm

A key aspect in the management of the pandemic lies in the effective communication of risks and consistent communication. Like other countries, Albania established a Technical Committee of Experts in charge of taking decisions to contain the epidemic. However, the Committee’s work was marked by limited public information on its competences and the extent to which its recommendations were converted into political decisions. Until early May, even the name of the Committee's chairperson was not disclosed.

The pandemic provided an opportunity for propaganda to Prime Minister Edi Rama, who took the lead on communication with a constant presence on social media and online broadcaster ERTV. It is reported that, only in the first month of lockdown, the Prime Minister published 407 Facebook posts (13/day) and 47 hours of videos , thus creating Albania’s first experience of governance via social media.

“Basically, the Prime Minister has monopolised not only the content (what we learn and think about the crisis), but also the framing (in what ways we think about the crisis) and the media (how we receive the information)”, explains Blerjana Bino, co-founder of Science and Innovation for Development (SCiDEV).

Most decisions were first published on the Prime Minister’s Facebook account and later on in the Official Gazzette, while the 'press conferences' were actually not open to journalists.

Such centralisation of information was motivated with the need to fight fake news and ‘infodemia’ on coronavirus. Nevertheless, “the government's state-of-war narrative threatens human rights and liberties as well as media freedom in an unproportionate manner vis-à-vis the situation”, argues Bino.

'Quarantining' public information has led to a general lack of transparency and accountability over the government’s management of the pandemic, confirming once more the disregard towards the media. The national media had limited opportunities to provide additional information to the public and contrast the information offered by the government.

Hostility towards the media became obvious in late March, when the Prime Minister sent a message to the citizens’ mobile phones, advising them to stay safe and “protect [themselves] from the media”. This is not the first time that the government has shown such a drastic stance against media freedom, as early this year it adopted the controversial ‘anti-defamation’ package, currently under review by the Venice Commission.

“We live in times of a dangerous communication crisis. In my opinion, the Albanian government is one of those regimes that are using coronavirus for small and short-term interests”, states Lorin Kadiu, Executive Director of Citizens Channel, a watchdog media organisation. “We have raised concerns on the monopolisation of official information and willingness to close the windows offering critical opinions”, he adds.

During the pandemic, a precedent was set by the National Health Inspectorate, which fined private TV Ora News for alleged violation of social distancing rules during two primetime programmes. In addition, the Inspectorate recommended the suspension of transmissions. The decision was declared by media organisations disproportionate and politically motivated. The public pressure led to Inspectorate’s withdrawal of all measures a week later.

Despite the restrictions, media outlets have strived to provide a venue for alternative assessments from health experts, especially by engaging the diaspora’s medical expertise. “High-level experts have been present on the media, responding to citizens’ concerns, but have repeatedly been silent on important issues related to transparency and the need for citizens to know”, states Kadiu. However, “compared to the primetime space dedicated to the usual analysts and opinion-makers, I would say that experts’ analyses remain to a certain extent marginalised in the public sphere”, concludes Bino.