Coronavirus, Albania is in quarantine too 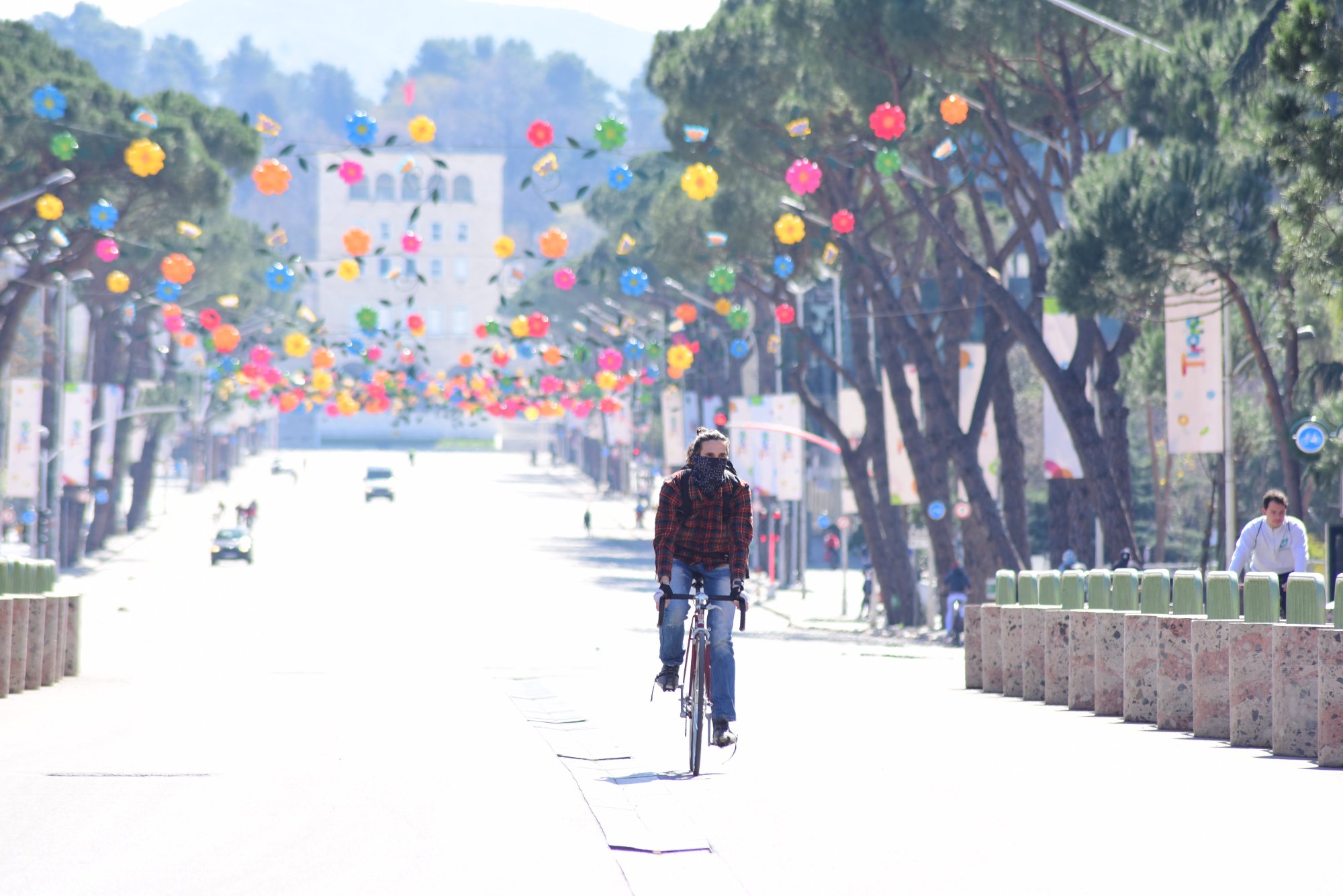 After the first two cases confirmed on March 8th, the Albanian authorities have implemented an escalation of restrictive measures to contain the spread of an infection that risks causing the national health system to collapse. After last November's violent earthquake, the country cannot afford another crisis

That the spread of the new coronavirus would affect Albania was a certainty as soon as the first outbreaks were identified in Lombardy and Veneto. The 19 flights that connect the two countries everyday would do the rest.

The other certainty concerned the limits of the Albanian healthcare system. In the country there are just 200 respiratory machines, between public and private institutions, while hospitals are not equipped to adequately respond to a pandemic risk.

The few confirmed cases – at the moment only 64, all in central Albania – give hope that the spread can still be kept under control. However, two people have already died, and such hopes can be easily vanquished by COVID-19's incubation and transmission times anyway. According to the authorities, in fact, the wave is expected in the coming days.

In the two long weeks that preceded the detection of the first two cases, the Albanian media showered the public with theories on the quality of the Albanian 'race', on the peculiarities of the climate and the soil, or on the immunity of the local population, reinvigorated by previous epidemics and precarious hygiene conditions – myths quickly dispelled when the authorities identified the first cases of contagion in two men who had recently returned from Italy.

In the following days, Albania cancelled all public events, closed schools and catering establishments, suspended both public and private transport, cancelled all connections with Italy, and closed all land border crossings before other countries in the region. Anyone arriving from the countries affected by COVID-19 is obliged to isolate themselves for 14 days, under penalty of a € 5,000 fine. Public administration and companies are required to use remote working and paid leave, while leaving home is only allowed in two time slots, four hours in the morning and two in the afternoon. For retirees, going out is strictly prohibited.

In a week, even before the foreseeable wave of contagions, the country completely isolated and stopped.

Why wait so long?

Following in Italy's footsteps, Albania was among the first countries in Europe to choose quarantine. The escalation of norms and sanctions has been generally welcomed by public opinion, but citizens have shown little determination. Several patients have not revealed that they had recently been in the areas most affected by the virus, many others still do not observe rules and bans.

Certainly there was no lack of controversy over the timing. Given the certainty that the virus would travel through two communities that are constantly moving between countries, why not at least close some routes immediately?

"No country reacted before confirming the first cases", clarified Socialist Prime Minister Edi Rama. What is certain is that the alleged patient zero was diagnosed ten days after returning in the country and many argue that anticipating the obligation to quarantine would have contributed to limiting the spread of the virus.

As expected, Prime Minister Rama has taken a leading role in the crisis' management. At the media level, each provision was anticipated, drafted, reviewed, and then approved on his socials. Serial posts, video messages, and numerous Facebook live feeds were the only means of information for citizens on government measures – an infodemic that, combined with the severity of the fines and sanctions and the general mistrust in the institutions, has contributed to increasing citizens' anxiety and uncertainty.

In addition, for several days, mobile operators have sent texts to all users and set a voice message on all outgoing calls. The words and the voice are the premier's. The text, more or less, reads: "I am Edi, wash your hands, keep the windows open, do not leave the house, and be wary of the media".

Yet another attack on the press and a personalisation of the common battle, which is likely to be counterproductive and further blur the line between awareness campaign and propaganda.

Albania is now facing the nightmare of contagion as it still has to deal with the so-called "reconstruction process" following the violent earthquake of last November 26th. At the beginning of the year, the Albanian government had estimated damages for around 1 billion Euros, or 6.4% of GDP, as well as a 1.1 percentage point drop in the economic activity.

The donors' conference held in Brussels in February, under the aegis of the European Commission, gathered 1.15 billion Euros, exceeding the government's most optimistic expectations. However, it was then clarified that donations only amount to around 30% of that sum – the rest are subsidised loans, albeit at favourable conditions.

The reconstruction of the buildings damaged by the earthquake was however halted by the advent of a danger that now risks further dilating the already uncertain times of the works, or anyway diverting attention from a process that will require maximum transparency and scrupulous respect for the rules – great absentees of these last years of government.

In addition to the structural and procedural limits of a process that promises to be long and delicate, there is now a new economic stalemate and the impatience of Albanian citizens, put back under stress after a few months.

"The earthquake pushed us out of our homes, now the virus has stuck us inside", lament many citizens, who in the drama of the earthquake had found a sense of closeness and solidarity of the past. The inaction of the institutions and the terror of the continuous quakes had only been mitigated by a new-found sense of community – one that seemed definitively lost after the 90s, especially in the big cities.

Meeting and talking, and getting to know each other in the streets after years of ignoring each other on the stairs had become the timid positive side of a catastrophe that cost the lives of 51 people and brought the country's economy to its knees. A dimension specular to the isolation imposed by the rules necessary to stop the infection, and which today requires a different way of being together. To support each other at – and with – distance.

Whatever the extent of this new oncoming crisis, it is already clear for Albania that tomorrow will be a matter of both "rebuilding" and "healing", while today is still the time to demonstrate if we are able to find ourselves united, in the face of yet another test.