Čaršijas/çarshijas, ancient markets at the heart of the Balkans 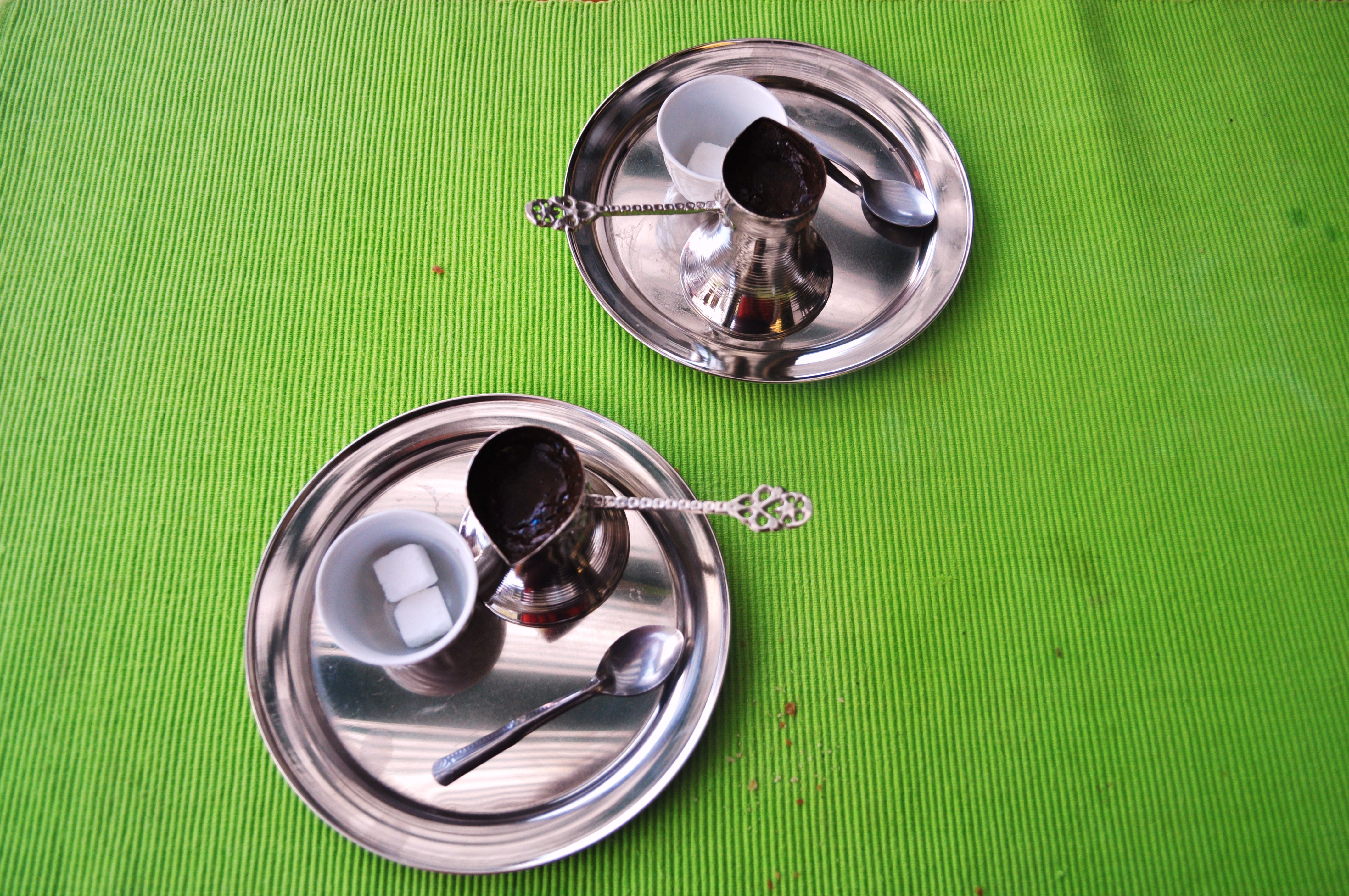 Traditional meeting points – commercial and trade neighbourhoods of Ottoman origin – have remained much as they were throughout history in many Balkan towns. Now, they represent an authentic barometer for gauging recent social changes and for understanding the Balkans' place in an enlarged Europe

Narrow alleys between low Ottoman buildings, shops of all kinds, workshops, merchandise on display, artisans working, negotiating, observing passers-by from the threshold, crowded cafés. They are the heart of Ottoman towns like Sarajevo, Skopje, Kruja, Novi Pazar, Gjirokastra, and Korça. These different towns in different countries have in common an Ottoman core that changes, adapts itself, loses its importance and becomes fashionable again in the cycles of time, always preserving traces of Ottoman urban life as it was for centuries in this part of the world.

Across different languages and cultures, this place has the same name -  čaršija/çarshija * for some, bazaar for others - interchangeable words that both mean “market” in Turkish and Arabic respectively.  But these places are not only marketplaces; they are public spaces where the citizens' urban and social lives flow together and where the urban meets the rural. Business and marriage deals, vengeance, reconciliation, and negotiations have taken place for centuries in the many cafés of the čaršija/çarshija, naturally over one or many Turkish coffees. The rich, the poor, different cultures and languages – they all share daily life and exchanges in the čaršija/çarshija.

This dossier has been produced within the SeeNet II Programme. The action on the development of cultural tourism of the cities of Mostar, Sarajevo and Skopje, is lead by the region of Tuscany, and its partners are Piedmont, the Centre for Tourism Studies in Florence, Oxfam Italy, the Province, the Council and the Chamber of Commerce of Florence. It is aimed at increasing the protection and the enhancement of the cultural heritage of the three Balkan cities, including their čaršijas/çarshijas

The structure of the čaršija/çarshija is characterised by pedestrian alleys inscribed by low single or two-storey buildings made not for living but for working, manufacturing, selling, buying, and socialising from sunrise to sunset. This public space par excellance is a large, permanent market where one can find whatever he or she needs including a range of trades from blacksmiths, tailors, and goldsmiths to confectioners, solicitors, and all sorts of dealers. Historically, peasants took part in the čaršija/çarshija's commercial and social life as well. The criss-crossings of alleys creates squares that are small, but large enough to allow the display of goods, usually once a week on market days. Nowadays, the best-preserved čaršijas/çarshijas are authentic museums of disappeared – or soon-to-disappear – trades. Everything is cloaked in the oriental, exotic atmosphere that has fascinated Western travellers so much over the centuries.

Čaršijas/çarshijas were first mentioned in historical Ottomon texts around the 15th century when most of the Balkans were already integrated into the Empire. It is hard to say what the previous notion of marketplace was in the Balkans or whether čaršijas/çarshijas are an Ottoman reinterpretation of a Byzantine concept. Discovering the origins of the čaršija/çarshija is difficult, mostly because workshops were built of wood and other flammable materials and frequent fires erased their traces. Only in late 19th century did čaršijas start to take their current shape. Although it is impossible to reconstruct the evolution of these structures over time, the conservative Ottoman mentality, much like the Byzantine one, would suggest that the architectonic structure of the čaršijas/çarshijas has not changed much over time. In fact, čaršijas/çarshijas  resemble one another across the whole former Ottoman space.

Traditionally, the čaršija/çarshija woke up long before sunrise with artisans preparing everything for their customers' arrival and the discussion of products' prices and quality. This is still partly true for the artisans who have preserved traditional workshops and trades. With sunrise, the čaršija/çarshija starts to fill up with people who browse the products, shop, sit in cafés, and chat. Everything takes place in the busy atmosphere marked by the rhythm of what artisans and observers of  the čaršijas/çarshijas call  “the music of the čaršijas/çarshijas”, the constant rattling of tools and metal. This ritual music often continued setting the beat for the artisans' days even after the manufacturing work was over. This may have been a sort of strategy to guarantee the authenticity of products and to prove that they were not only sold but also made by the artisan himself. In several phases of the Ottoman Empire, simple dealers did not enjoy an especially good reputation.

It was in the late 19th century, in separate buildings between the alleys and trade spaces, that the beginnings of the Ottoman bourgeoisie were born in the čaršijas/çarshijas. Goldsmiths and precious goods merchants selling luxury products like jewels and clocks were protected by the building's well-fortified structure. The marketplaces of luxury goods – bezistans – are miniatured čaršijas/çarshijas covered by a roof, something only the richest čaršijas/çarshijas had. The building seems to occupy a phase on a continuum towards the contemporary Western shopping centre. The bezistan is the very cradle of the Ottoman bourgeoisie and it gained special importance at the end of the Ottoman Empire when a social class of a more cosmopolitan nature took on a more intellectual, innovative character in Balkan societies. Only a few bezistans survive to this day and many left only traces in the traditional urban toponymy.

For centuries in the extremely mixed societies of this part of the world, čaršijas/çarshijas were spaces where evidence of ethnic and linguistic diversity was richly evidenced. The world of the čaršijas/çarshijas was a prevalently male world where women rarely ventured only for shopping. These restricted spaces gathered people from all Balkan communities and even Egyptians and black African slaves. Many languages overlapped and intertwined. Čaršijas/çarshijas people were usually polyglot. Besides Turkish, other languages coexisted in equal dignity. After all, one's place in the čaršija/çarshija was determined by  exchange and one's social role was shaped by market forces. Relationships were shaped accordingly. Languages thus became interchangeable, fluid instruments that were sometimes mere codes for communication, devoid of any emotional character or ethnic or religious identity. All čaršijas/çarshijas were characterised by a linguistic phenomenon that has long fascinated comparative linguists. Groups of artisans invented a code, an actual secret language, in order to exchange information with each other without letting outsiders understand. It was a pluri-lingual code in which several Balkan languages coexisted and meshed, intertwining in such a way that nobody could grasp them without knowing the basic rules. It is worth mentioning the curious case of the secret languages of Serbian čaršijas which was often a mix of Albanian lexicon adapted to the rules of Serbian grammar.

Churches and mosques stood side by side just like the alley workshops of Muslim, Orthodox, and Catholic artisans. Several periods saw a sort of specialised division of labour according to community and religion. Muslims mostly dealt with catering, tobacco manufacturing, and, later, metal. Bosnians were masters of filigree while Albanians excelled in the manufacturing of arms. Orthodox artisans mostly specialized in tailoring and trading, trades equally popular among the Vlachs, an ethnic group present all over the Balkans that shares similarities to Romanian and Albanian ethnicities but whose historical origin remains hard to locate geographically.

The end of the Empire

After remaining unchanged for centuries, čaršijas/çarshijas started their transformation in the 19th century with the weakening and rapid dissolution of the Ottoman Empire. Struggles with Western powers invariably ended in defeats with unpleasant commercial consequences.  As in peace treaties, the Ottoman Empire constantly committed to grant commercial favours to the winners and facilitate the access of Western goods into its markets. Thus, industrial goods – cheaper and in larger amounts than hand-made products – found their way into Balkan čaršijas/çarshijas. The 19th century marks the crisis of čaršijas/çarshijas and the beginning of industrialisation, the destabilisation of traditional trades, and the rise of commerce.

Many čaršijas/çarshijas, as typical elements of Ottoman urban environment, preserved their social significance while gradually losing the exclusivity of economic exchanges in the urban space. Others ended up in the periphery of urban life, even geographically. This happened in the case of Scutari's çarshija. In the early 20th century, it lost its use to citizens because it was too far from down-town and was only reachable by public transport. Many čaršijas/çarshijas became standard down-town neighbourhoods with apartments, shops, and restaurants that preserved only the architectonic structure of the traditional čaršija/çarshija. Prizren in Kosovo is a good example. With industrialisation and the opening to Western Europe, the most emancipated towns undertook a process of modernisation of the čaršija/çarshija, such as in the case of Korça in south-eastern Albania. This čaršija/çarshija combined Ottoman elements with late 19th century Western neoclassic elements. Others, like Basčaršija in Sarajevo, stubbornly resisted change because of strong significance to local identity and cultural heritage and existed side by side with the new Austro-Hungarian buildings.

The rise to power of post-Ottoman, pro-Western, or nationalist elites caused radical changes in Balkan urban life. Despite any ideological or political differences, all post-Ottoman Balkan elites pursued modernisation, reform, and progress, changes which most often meant privileging Western traditions over Ottoman ones, regarded as legacies of backwardness. Cultural and political actions had radical consequences for urban transformations as well, often erasing the old in the name of modernisation.

Over the last two centuries, čaršijas/çarshijas became physical spaces all too often connected with the least popular aspects of Ottoman legacies. The rise of Communism continued to weaken čaršijas/çarshijas as power strongholds were moved to bulky socialist buildings and kaldrma (kalldrëm) were replaced by grey asphalt boulevards tailored for mass rallies.

Sometimes, though, in the name of zealous identity-building politics, čaršijas/çarshijas were preserved and turned into tourist attractions in order to show the Balkans' medieval architectonic heritage. Thus, the old çarshija in Kruja (Albania), after having been reduced to a muddy, abandoned alley, was rediscovered and revived by Enver Hoxha's regime in the 1960's. Today, it is a must-see of Albanian cultural tourism.

Many of the čaršijas/çarshijas that have preserved their socio-economic function throughout history have become a barometer of societal transformations conditioned by political developments. For example, we can think of the Albanisation of Skopje's čaršija/çarshija in the 1980's and 90's. After being abandoned by Slavic Macedonians for its bad reputation, it became an attractive place for alternative artists and, more recently, a trendy space valued for its tourism and identity-building potential.

After the Balkans' political and economic upheaval, globalisation brought a further challenge to the čaršijas/çarshijas. Artisan production is decreasing everywhere and remains mostly at the service of the tourist industry. On the other hand, Chinese and Turkish goods are gaining more and more space in the čaršijas/çarshijas. Furthermore, in the largest čaršija/çarshija, artisan workshops are increasingly being turned into restaurants and cafés as people increasingly tend to consider these spaces as meeting points.

In the continuous transformations of recent years, Balkan čaršijas/çarshijas are becoming more and more important for rediscovering the region's cultural and historical heritage and for building identity. But they are also critical spaces for considering recent conflicts in the Balkans in the light of a multi-ethnic past often neglected by nationalist-minded and mono-culturally oriented politicians and scholars. Perhaps indicative of a search to leave behind fratricidal conflicts and strive for a common European future, a growing interest in čaršijas/çarshijas in recent years is a reason for optimism. The path through the čaršijas/çarshijas is one through the positive aspects of diversity in the Western Balkans that, for centuries, was the heart of Ottoman towns.