Ukraine, the "servant of the people" wins again 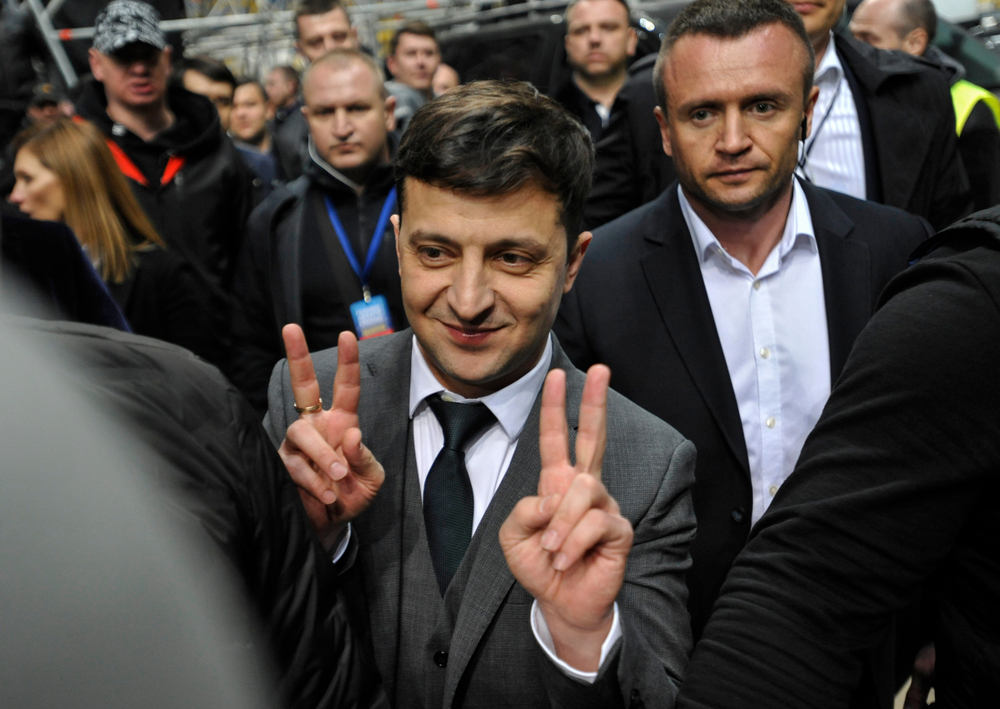 The party of new Ukrainian president Volodymyr Zelenskyj won also last Sunday's early political elections. "The servant of the people" got 43% of the votes and the absolute majority in parliament

After months of intense electoral campaign, the early parliamentary elections for the Verchovna Rada, the Ukrainian parliament, finally ended last Sunday with a predictable, yet unexpected result. The party of new president Volodymyr Zelenskyj "The servant of the people" (Sluha narodu) managed to consolidate its mandate by winning 43% of the votes . A unique case of conquest of the absolute majority by a single party – the first in all political history of independent Ukraine – but which, at the same time, was predictable given the conditions that favoured the presidential team.

According to reports by president of the Central Election Commission Tatjana Slipačuk, the elections were held in a democratic manner, without any particular problems. Only 27 seats were opened late due to the inefficient organisation of the commissions, the improper compilation of some documents and stamping of the cards. However, no relevant violations or frauds were recorded.

The turnout at the polls , again according to data reported by the Commission, was 49.84% – one of the lowest in the history of Ukrainian elections. It is not necessary to dig deep to understand the reasons: the elections were moved from the end of October to July and were thus held in the height of the summer holidays; furthermore, the decline in public attention towards political elections compared to presidential elections is always considerable. "The servant of the people" managed, of course, to take advantage of this situation and create a good margin between itself and the 5 winning parties that managed to overcome the 5% threshold needed to access the 424 parliamentary seats.

Despite warnings by some politicians about the mass return of pro-Russian parties, only Viktor Medvedčuk's "Opposition Platform-For Life" (Opozycijna platforma - Za Žyttja) managed to win seats in parliament, obtaining a good 13% and becoming the second party in the country with 103 total seats thanks to the electorate of the eastern regions, where a war between Russia and Ukraine has been going on for the past 5 years.

The parties "European Solidarity" (Evropejs'ka Solidarnist') and "Homeland" (Bat'kyvščyna), respectively led by former president Petro Porošenko and orange revolution pasionaria Julija Tymošenko, have barely exceeded 8%, ending up with 24 seats each. It should be noted that the majority of the electorate residing abroad voted for the former president , who continues to hope that Ukraine can join the EU and NATO as soon as possible.

Finally, with 5.84% and 20 round round seats, the new party of rock star Svjatoslav Vakarčuk “Voice” (Holos) has been very successful especially in the west of the country, winning “at home” (Lviv is the singer's hometown).

As expected , the threshold was not reached by the far-right bloc (Svoboda, Pravij Sektor, Natskorpus – 2.6%); the party of former Prime Minister Volodymyr Groysman's (2.4%), who resigned from his post the day after Zelenskyj's inauguration; the radical party of Oleh Ljaško (4%); former head of security services Ihor Smeško (3.8%); and Anatolij Hrytsenko (1%). A predictable disappointment also came for Mikheil Saakashvili (0.46%), former governor of the Odessa region and former president of Georgia, who joined the parliamentary race in extremis after the president returned him his Ukrainian citizenship last May.

While some analysts believe that Tymošenko's and anti-establishment candidate Vakarčuk's parties can collaborate with Zelenskyj's in view of a coalition, Porošenko will probably end up in the opposition bloc – one that will probably be very diverse and multi-vector. On the one hand, the pro-Russian forces led by Viktor Medvedčuk and Juriy Boyko and on the other hand the pro-European forces, which will include the party "European Solidarity" and, perhaps, also "Homeland" and "Voice" if the latter are not recruited by "The servant of the people". Yet, according to analysts, having some "old school" people in parliament does not hurt, as experienced legislators, unlike newcomers, already know how to legislate.

For the servants of the people, winning by such a majority means leverage: forming a coalition with other political forces is not a necessity, given that the president will be able to count on 253 seats (official and definitive data will be published by the Central Electoral Commission within 15 days after the vote).

However, as noted by Svyatoslav Juraš , one of the future and younger deputies of "The servant of the people", there will be a need to collaborate with other parties as reforms require constitutional changes that can only be approved by two-thirds of the parliament, or with a minimum of 300 votes. For the negotiations on the formation of a possible coalition, the deputies have a month from the day of the first parliamentary meeting and the oath, i.e. October 9th, 2019.

Meanwhile, according to party leader Dmytro Razumkov , the team of the servants of the people is already consulting to choose the Prime Minister. In this regard, Ukrainian president Volodymyr Zelenskyj said he wanted a "new face", without a political past – a professional economist, an absolutely independent person who was neither a prime minister, nor a speaker or a leader of any party. The head of state also added that he did not want "old faces" in a possible future coalition: "We do not see a coalition with anyone from the old government". Any hopes by Julija Tymošenko seem therefore vain.

The president will need parliamentary approval to appoint the Prime Minister, the Minister of Foreign Affairs, and the Minister of Defense. Subsequently, the newly elected premier will have to present to the Verchovna Rada the nominations for the other ministries. Thus, at the latest, parliament will start works in September and the government will be operational in October. But President Zelenskyj and his party representatives declare that they want to hold the first official meeting of the Rada on August 24th, an important date that commemorates Ukraine's declaration of independence from the USSR in 1991.

With the elections concluded, the Ukrainians now seem to be able to enjoy the rest of the summer without rallies and electoral propaganda invading the squares of their cities, and hope instead for the changes that have been announced for months to come true. Zelensky and his servants of the people no longer have any reason to stall.

The president's agenda is full of goals to be reached . The priorities seem to focus on the renewal of the political system (substantial reforms of the electoral system, abolition of parliamentary immunity, and the law for the impeachment of the president), on the fight against corruption, and on how to end the war in the east of the country. The latter goal, however, does not seem to be very close: despite the introduction by the Ukraine-Russia-OSCE group of a ceasefire starting from last Sunday for an indefinite period, the separatist armed forces have already violated the official agreement. Peace in the Donbass will have to wait again.