Turkey: Orientals? We already are 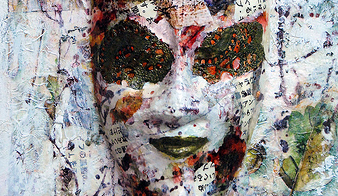 Has Turkey, tired of waiting for EU integration, turned away from the West? These are only speculations, the stakeholders state. Among Turkish public opinion, though, trust is decreasing. An in-depth examination of Turkish regional relations and its Union integration position

“The justice and development Party's government (AKP) is not leading Turkey towards East, as it seems in the West: we already are in the East. Furthermore, we are not becoming Islamic, because most of us already are Islamic”. This is the opening of Cengiz Aktar's comment on the newspaper Vatan, a couple of days ago, which synthesizes a widespread position among Turkish public opinion, in response to the recent Western speculations that assert that Turkey is moving its axis from West to East.

The bases of these speculations are the uranium trade agreements stipulated last May by Turkey– as well as Brazil – with Iran. Breaching a tradition that has always seen the country lined up with the United States, Ankara voted against the recent sanctions addressed to Tehran, approved by the UN Security Council on June 9th. The freezing of Israeli relations –already tense since the operation Cast Lead – following the killing of nine Turkish activists belonging to the humanitarian fleet directed to Gaza and the recent announcement regarding the creation of a free trade area, not subject to visas among Turkey, Syria, Lebanon and Jordan, have suggested the image of a Turkey far from the Western positions.

According to US secretary of Defence Robert Gates, it is possible that the reason why Ankara is turning Eastwards is because it is “pushed by some in Europe refusing to give Turkey the kind of organic link to the West that Turkey sought”. The opinion expressed by Gates is similar to that expressed by Thomas Friedman of the “New York Times”, who regards the EU play-of-time conduct towards Turkey a “vacuum” that could be “filled in the wrong ways”. Friedman argues that, taking advantage of the lack of leadership in the Arabic-Muslim world, the Ankara government could focus on the Arabic Union project, thus substituting the European Union's one.

The prime minster Tayyip Erdoğan denies any charge on the government's change in course of action. “I want to remind you that it was this precise government that launched the negotiations for EU adhesion,” Erdoğan declared during a speech at the Trebisondas Thec University. “We have instituted an ad hoc cabinet, and we have appointed a minister so that he can take care of this adhesion and he keeps going from an EU country to another. Despite all this, they keep playing for time,” declared Erdoğan, adding that “whoever states that we have changed the course of action is either in bad faith, or hasn't understood Turkey's new role and its multidimensional policy”.

Hugh Pope, director of the Turkey-Cyprus section of the International Crisis Group, reminds that the Turkish policy of openness aimed at its southern neighbours “is not just a Middle Eastern or "Islamic" policy, since these ideas of greater openness and integration have been applied to ties with Russia and Greece.”. Pope reminds that more than half of Turkish exports are directed to European countries – a double quantity compared to the amount directed to the Middle East – while 90% of Turkish foreign investments are in EU countries.

It should also be noted that the Enlargement policy regarding relations with foreign countries carried out by the Turkish government through the Foreign Minister Ahmet Davutoğlu's hyper-activism, includes Africa as well as the Balkans. In the past five years trade in the African continent has increased from 5 to 16 billion dollars. It is a collaboration that includes the banking, infrastructure and security sectors. It is supported by a network of newly opened consulates.

As far as the Balkans are concerned, in the past six months Turkey has launched a very intense political-diplomatic dialogue in the peninsula. Ankara covers the role of mediator in order to obtain the normalization of the Balkan countries relations – in particular between Serbia and Bosnia and Herzegovina, of which it vigorously supports adhesion to NATO. With these countries, Turkey shares the common objective of becoming part of the European Union and hopes that this alignment will expedite its negotiation process. On the 23rd of June, a summit on the South-Eastern European cooperation took place in Istanbul. Here, the Turkish president Abdullah Gül declared that “the Balkans, a means towards the West for Turkey, are very important” and that Turkey “sees all countries in the Balkans, whether they have a common border or not, as its neighbours.”

Nevertheless, despite this foreign policy activism, the Turkish public opinion couldn't help but notice the decreasing interest towards the EU in the people as well as in the government itself, due to the stalemate situation of the negotiations that keep being postponed. Currently, there are only 12 out of 35 open negotiation chapters following the launch of negotiations in 2005. Even during the Spanish presidency, that will end on June 30th and upon which relied the opening of four new chapters not subject to any preconditions, will it be possible to only open the one on food safety.

Currently, there are 8 frozen chapters influenced by the opening of Turkish ports to the Cyprus Republic, not recognized by Turkey, that in 2009 unilaterally vetoed 5 chapters. Including the chapter on Energy, there are 14 chapters frozen due to the Cyprus issue. Greece has vetoed 3 chapters on Cyprus' list – the ones on the “water sector”, on “transport policies”, and the one on “justice, freedom and security”. Nicolas Sarkozy's France abstained from the opening of 5 chapters deemed as “decisive” for the Turkish adhesion.

Analyst M. Ali Birand from Milliyet, one of the most important Turkish newspapers, underlined that ”in the past few years the EU has represented, for better or worse, a current issue in the Turkish public opinion. Even though they were angry at politicians such as Sarkozy, people were interested in the issue because they knew it was important for them. On the other hand, in recent months, the daily foreign policy issues have dealt with other regions and no one is interested in the EU any more. This indifference is present even in Ankara. In the already-hard route towards the EU, the government and bureaucracy take their time, keeping a distance from the procedures that should conform the country to European standards, which require strong political will”.

Ali Yurttagül, a political consultant of the Green European parliamentary group, asserts that “Turkey is more and more focused on itself and on the upcoming elections [expected for 2011 editor's note] and you can see it in the prolonged constitutional reforms process supported by all the institutions and political groups in Brussels”.

According to the most recent public opinion survey (ATAUM – Centre of European Community 's Application and Research of Ankara University published in January 2010), the adhesion prospective is supported by 55,3% of Turks. What is relevant is that 32,8% of the interviewees added that adhesion will never take place and only 11% of the interviewees believes that the EU is being earnest towards Turkey.

A change in climate could happen, according to Štefan Füle's words, EU commissioner for enlargement, visiting Ankara last Tuesday. Füle answered questions from ten journalists, five Turkish and five European, starting with the doubts that had been raised regarding Ankara's course change. “The Turkish regional and foreign policy is valuable for Europe” affirmed Füle, adding that he deems incorrect most of the things that have been said on Turkey's course change. “As far as I can see, Turkey is getting closer and closer to the EU and to the European countries”, declared the commissioner, according to whom it would be better to establish a tighter dialogue and contact between Turkey and the EU in terms of foreign policy.

Füle has also elucidated an issue on which Ankara is very touchy, which is the hypothesis of being accepted by the Union with the status of privileged member as proposed by France and supported by Germany. “For Turkey we are talking about a full admission”, Füle stated, adding that admission is subject to three main issues regarding the “zero problems” policy conducted by the Foreign Minister Davutoğlu: the EU is waiting on the “zero problems adhesion negotiations, zero problems in local reforms and zero tolerance for terrorism”. The Commissioner for Enlargement stated that “for us, Turkey is not an ordinary country. It is a very important country which is gaining a more and more prominent role in its region and the EU is well aware of that”.

Although the outlined waiting time for a possible Turkish adhesion seems endless - “when the time comes, Turkey will be a different country than it is today. And all member countries will have to agree on its admission”, specified Füle – a waiting time that confirms completely what emerges from the above-discussed survey, the EU seems to be more aware of the fact it has to give stronger trust signs to the Turkish citizens. “It is necessary to show them in a clearer and more extended way what could grant them the EU admission. (…) I have to assert that for a matter of mutual trust, it is necessary to launch a dialogue on visas: at the end they have to be liberalized”, annotated Füle.