EU enlargement: the race of the snail 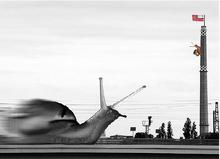 After the Lisbon Treaty, the EU enlargement process continues - slowly and quietly. The voice of public opinions, the moods of the 27, and the countries' perspectives in the analysis of our correspondent

The European Union is moving on, but without too much ado. This is the nature of enlargement in an EU where public opinion is ever more skeptical of the prospect of new expansions to the East. And yet, the EU's past year saw many steps ahead, from the unblocking of the Stabilization and Association Agreement (SAA) between the EU and Serbia to visa liberalization for Serbia, Montenegro, and Macedonia. And one shouldn't forget the cancellation of the Slovenian veto on Croatia which should allow Zagreb to complete negotiations with Brussels by the end of next year. And even for Turkey – which faces major resistance within the EU – 2009 closes better than expected. Despite the concerns of recent months, and even at a time when the negotiations with Brussels seemed to be frozen, on 7 December the foreign ministers of EU-27 proclaimed the negotiations “on track”, in spite of the Cypriot deadlock.

It remains to be seen whether this stance will be sufficiently appreciated by the new Enlargement Commissioner, Stefan Fuele, who is sure to be less influential than his predecessor, Olli Rehn, given that he will have to work in “close cooperation” with new European Foreign Minister British Catherine Ashton. In spite of the EU's approval of the Lisbon Treaty, which was meant to streamline EU institutions, there are those who suspect that Germany has already been incurably infected by “enlargement fatigue.” Italian Foreign Minister Franco Frattini, a strong supporter of Balkan and Turkish entry into the EU, denies the claim.

“The process of enlargement is resuming quietly because public opinion in many member states is hostile”, underlines Antonio Missiroli, director of studies at the major Brussels think-tank, European Policy Center. A European Commission (EC) poll taken last summer indicated that those who favor EU expansion are, for the first time, now in the minority (43 versus 46 percent), with the strongest opposition in Austria and Luxemburg (67 percent opposed), followed by Germany (66 percent opposed), and France (63 percent opposed). In Italy, the situation is more balanced: 45 percent are opposed to expansion whereas 42 percent are in favor. The Polish are understandably more enthusiastic over the prospect of new expansion to the East (69 percent 'for' versus 17 percent 'against').

“If we are to stick by logic, now that we have the Lisbon Treaty, the argument 'no enlargement without institutional reform' (promoted by Sarkozy and Merkel) should no longer be valid,” continues Missiroli. “But given that the attitude is averse, it is probable that a selective approach will be taken,” he adds.

The first country in line for accession is Croatia, but approval of its Accession Treaty depends on the whims of countries recalcitrant to the Lisbon Treaty...from the British, the Polish, and the Czech Republic, which “opted-out” [selectively chose not to take part in] of the Charter of Fundamental Freedoms to the guarantees to Ireland on abortion rights and military neutrality. Even for Island, a rich country despite the devastating financial crisis last year, the EU door is wide open: the true problem would be to convince the Islanders who are ever more skeptical of conceding their independence in favor of Brussels.

There is disagreement about the prospects of other EU candidates. Some observers in Turkey regard the new President of the EU Council, Herman Van Rompuy, with concern. Rompuy opposed Ankara’s entry five years ago in the name of defending the EU’s Christian roots. But during his nomination interview, the former Belgium prime minister clarified that he had no intention of imposing his views: “my personal opinions,” he said then, “are completely subordinated to the point of view of the Council.”

In the EC corridors, others have also complained about the decision to bundle “Enlargement” and “European Neighborhood” processes in the same portfolio, arguing that it sends an “awful signal” to link EU candidate countries such as Serbia and Turkey with countries from North Africa, such as Morocco and Egypt, that do not have any European perspective.

Osservatorio Balcani e Cacauso asked Frattini about the issue during his last visit to Brussels. He explained that some of his colleagues saw this decision differently: as an attempt to “anticipate a pre-accession strategy for the neighborhood, starting with Ukraine and Moldova; an option Italy considers “seriously premature”.

The chief of the Farnesina, however, believes that Fuele's directorate will have limited sovereignty because, he said, “in enlargement and neighborhood affairs, the lead role would belong to High Representative Ashton”. Ashton has limited experience with the Balkans and Turkey (as well as with all other issues concerning foreign policy).

The other unknown concerns the behavior of Germany. Different diplomatic sources perceive the country as skeptical. Germany is also bound by a new constitutional obligation to consult with the Bundestag before any political decision in Brussels.

“On these grounds, the timeline of enlargement becomes...not exactly biblical, but very long”, an EU Ambassador said recently. Frattini concurs with this viewpoint and emphasized that his German counterpart, Guido Westerwelle, came to the meeting of the EU-27 with a position of “absolute pragmatism and strong concreteness, both on the issue of the Balkans and Turkey.”

Missiroli also suggests not overestimating German resistance. “ After the departure of Germany's social democratic government [editor's note: which favored of Turkey in the EU], Berlin was expected to have a very clear opposing position, but Chancellor Merkel recently surprised everyone by stating that she was now much less opposed to Turkish entry compared to a few years ago.” Besides, the analyst thinks that enlargement could become a sort of “trading currency” that Germany and France could use to soothe the Torries of David Cameron, who are interested in keeping the door open to Turkey. In exchange, Berlin and Paris could demand a less “euroskeptic” attitude from the party slated to lead the next government on Downing Street.

A pragmatic climate prevailed at the last meeting of the EU foreign ministers. There, the Greek-Cypriots asked for a blockade of accession negotiations with Ankara because Turkey, in breach of the customs union regulations that bind all EU member states, has not yet opened its ports and airports to boats and planes from Nicosia. The EU-27 noted the delay with “deep regret”, warning that if there is a “lack of progress”, the freezing of eight out of the 35 acquis chapters decided on in 2006 “will have an effect of continued delay on the overall progress of the negotiations”. They also announced that the Commission will “closely monitor and specifically report” on the situation in the next annual report, due November 2010. But they did not approve new sanctions and they allowed Rehn to state that one more acquis chapter will be opened in December [editor's note: on the environment], illustrating that the “process between the EU and Turkey is still on track”.

The 7 December meeting was also positive for Serbia. “Only 10 days after the very important decision on ending visa requirements for the citizens of Serbia, Montenegro, and Macedonia, we have reached another milestone”, said the Finnish Commissioner, referring to the EU's decision to “unfreeze” its Stabilisation and Association Agreement (SAA) trade accord with Belgrade.


“This is a decision that Italy has been expecting and encouraging for a long time”, said Frattini, underlining that now the road is open for a request for membership from Serbia “before Christmas”. Frattini emphasized that our country “will be the first to welcome a group of Serbian citizens on 21 December on their first journey to the EU without visas.”

However, the final ratification of the SAA by the national parliaments of the EU-27 is still pending. The Netherlands, which dropped its veto on the unblocking of the interim accord, said that its final approval would not take place before the delivery of fugitive suspected war criminal Ratko Mladic to the International Criminal Tribunal for the Former Yugoslavia (ICTY).

Macedonia, however, could not overcome the national vetoes. Skopje has been waiting to start its accession talks with the EU for four years, but Greece is requesting that the dispute over the name “Macedonia”, claimed by Athens for its northern region, be resolved first. To appease the Greeks, the Macedonians would have to change the name of their country, which, in the meantime, has been internationally recognized as the Former Yugoslav Republic of Macedonia , or ”FYROM”. The EU ministers did not resolve this dispute, but at least they gave themselves a deadline: within the next six months of the Spanish presidency of the EU.

As for the rest, the EU-27 have noted the progress by Montenegro and Albania, whose requests for membership were received by the Commission over the course of 2009. But the problems in Bosnia and Herzegovina (political instability which prevents the ending of international tutelage), and Kosovo, which is not recognized by five of the EU-27 member states - including Spain, the next president of the Union - remain unresolved.