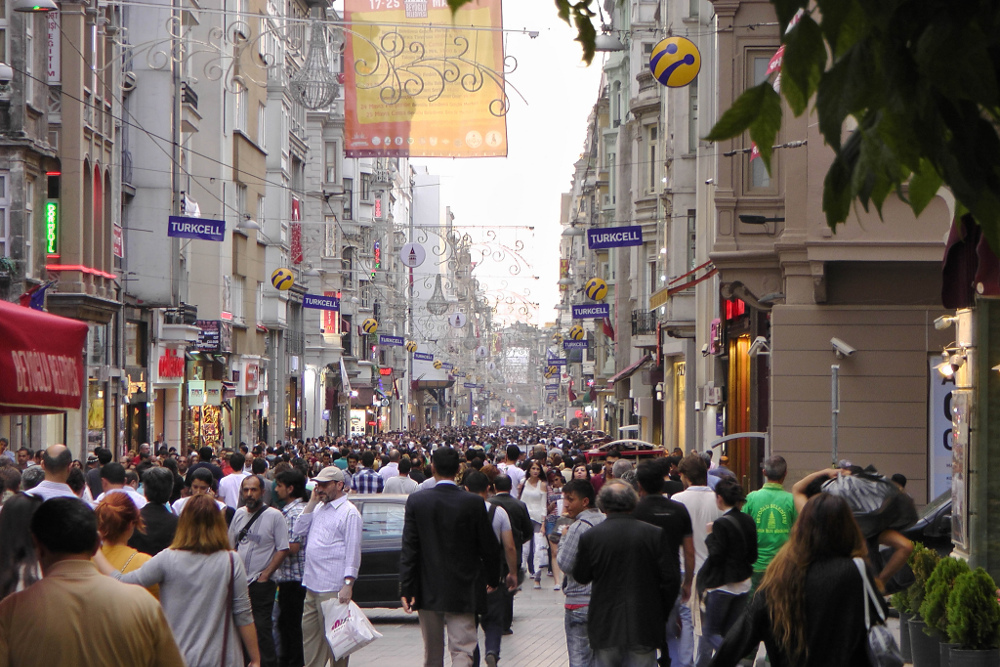 For over 10 years, Turkey has received EU funds supporting reforms and democratisation. In light of the country's authoritarian drift, however, many wonder whether this strategy still makes sense

Relations between Turkey and the EU are undergoing a period of profound transformation. For Ankara – an official EU candidate since 2005 – the prospect of accession seems now unlikely. The process, which had already been stalling for several years, has been further damaged by the authoritarian positions taken by the Turkish government. They have worsened after the attempted coup of last summer, followed by a state of emergency which is still in place.

Over the last year, the government has laid off over 150,000 people and arrested over 50,000 on grounds of their alleged involvement in the attempted coup or other "terrorist" actions. Such measures have severely affected the media, as well as universities and civil society organisations, while freedom of expression has been greatly reduced. Finally, last April's referendum is regarded as the last piece of the puzzle in the country's authoritarian drift, leading to the approval of a controversial constitutional reform (with a narrow, contested majority) and to plans to concentrate power in the hands of the President of the Republic by 2019.

However, despite the tense situation between the Turkish rulers and some EU member states (including the Netherlands and especially Germany), negotiations are still officially ongoing. For Ankara, increasingly inclined to transform its relationship with the EU into a commercial and economic one – especially in view of a possible modernisation of the customs union – the group of the 28 still constitutes a "strategic objective". On its part, the EU has other strategic interests, primarily linked to the agreement on refugees signed with Ankara in March 2016.

The main issue that seems to divide EU governments – writes Carnegie Europe analyst Sinan Ulgen – is to what an extent the development of the business relationship with Turkey will be affected by concerns related to human rights and democratic standards. The last annual report by the European Parliament's Commission on foreign affairs (AFET), published on June 20th, strongly criticises Turkey's recent repressive measures and calls for the EU governments and the European Commission to "suspend without delay Turkey's accession negotiations in the event that the constitutional reform package is implemented without change". The package violates the Copenhagen criteria and the fundamental principle of the separation of powers, as the Venice Commission has already pointed out . Recommendations addressed to the European Commission also invite to pay due attention to the developments occurred in Turkey for the mid-term review of the Pre-Access Assistance Instrument (IPA).

A new public debate is developing on the IPA funds that Turkey, as an EU candidate country, has been receiving since 2007. The European Court of Auditors (ECA) recently announced  an investigation into the sums allocated to Ankara over the last 10 years. The European Commission allocated to Turkey 4,79 billion Euros for the period 2007-2013 and 4.45 billion Euros for the period 2014-2020 (of which 186 million Euros had been disbursed by May 2017).

These funds aimed at facilitating Turkey's political and economic reforms in view of the EU accession and have been considered decisive for the country's democratisation process in the recent years. Now, however, given the authoritarian drift of the country, questions arise about the use of these sums. "The ongoing investigation is aimed at assessing whether the EU's pre-accession assistance to Turkey has been well-managed and effective. Its priority areas are the rule of law and fundamental rights; democracy and governance; education, employment, and social policies", reads the ECA press release, which also points out that Turkey receives 40% of the entire IPA funding.

The issue has also been discussed by the Turkish parliament, where MP Selina Dogan of the People's Republican Party (CHP) submitted a parliamentary question on the allocation of funds. However, as professor Cengiz Aktar – a senior scholar at the Istanbul Policy Center – explains to OBCT, a thorough study , commissioned by the European Parliament to external experts in 2016, had already found that "the understanding of the effectiveness and impact of EU funds in Turkey is still very limited".

According to the expert, "the real question that needs to be asked is not whether the use of funds has been appropriate, but: considering the current relationship between Turkey and the EU, what is the current purpose of the IPA funds?". "The funds cannot even be used entirely because Turkey is not able – or, rather, willing – to submit valid projects. Ankara would like to use the funds with no strings attached, but of course this is not possible, and so a lot of funding remains unused. This is one of the reasons why some of the IPA funds have been used to finance the 3 billion Euros instrument established by the EU-Turkey refugee agreement", adds the expert.

However, pre-accession funding did prove essential for the development of civil society in Turkey in the last few years. "IPA funds are the main source of foreign funding for civil society organisations in Turkey. Access to these funds has been very important, but the affirmation of civil society organisations since 2005 has been made possible also by the EU accession process, which has expanded their institutional and legal space and made state mechanisms more flexible", explains to OBCT Ozge Zihnioglu, professor at Istanbul's Kultur University. According to the scholar, IPA funds are one of the channels through which the EU has come into contact with Turkish society, along with other programs such as Erasmus+, "that are very important", adds the professor.

Also professor Aktar acknowledges the important role that European funds have played in supporting the development of civil society organisations in Turkey, although they could only access "a small part of the hundreds of thousands of Euros allocated by the EU". Despite the fact that civil society has become a separate sector among those indicated in the IPA 2014-2020 funding programme – thus obtaining in principle the possibility of accessing more funds – the space of its activity is now very limited.

"After the attempted coup of July 15th, 2016, many associations, organisations, and foundations that used IPA funds were shut down", says Aktar. The expert defines a "fantasy" the idea, advanced by some European MPs, that these funds should be directly allocated to civil society. "The funds cannot be allocated if Ankara does not allow it", says the professor. "In the eyes of the EU, Turkey is no longer so different from countries like Egypt or Algeria". On the other hand, also the EU seems to have lost credibility in the eyes of Turkish society. "The EU used to have leverage, it was able to pressure Turkey on reforms. But then, making utilitarian moves and considering only its own interests, it lost credibility", adds Zihnioglu. For the scholar, "relations between Turkey and the EU can really make a step forward only when both parties have the willingness and the conditions to do so".

This will take some time, judging by the comments to an article on the British newspaper The Guardian, which has raised a number of criticisms by Turkish observers. "Turkey is currently seeking to reset its relations with the EU – and it is doing so without winning visa-free travel to the bloc for its citizens, or signs of any progress in its EU accession negotiations", writes analyst Natalie Nougayrède. "It looks like the EU has played its cards rather well with this complex and antagonising partner". Words bitterly quoted by Semih Idiz in an article on Al-Monitor: "It’s odd to suggest that it 'played its cards well' when it is patently clear that it is ready to override its own values and maintain the pretense of keeping the doors for membership open to an increasingly undemocratic Turkey for the sake of Europe’s strategic interests", writes the journalist, adding that, when all is said and done, what matters to both parties is "business".