Magic word IPA and the EU book of spells 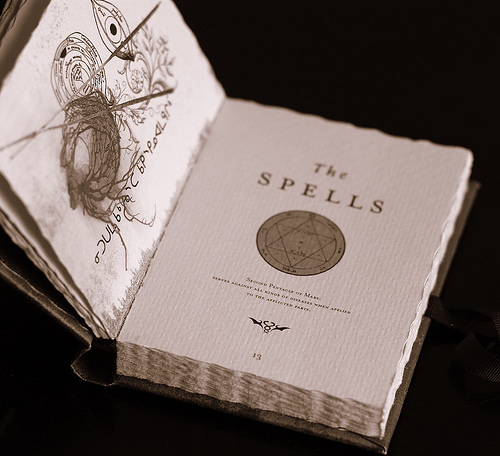 IPA for the Western Balkans: a buzzword and how to make it work. Expectations, precedents, and future challenges in an interview with Bulgarian expert Pavlina Nikolova

The European Union established the Instrument for Pre-Accession Assistance (IPA) on January 1st, 2007, as its new aid mechanism for the Western Balkans countries and Turkey. This was part of a larger reform effort to mainstream and consolidate the EU's external cooperation, which was often conducted through many, insufficiently coordinated programs.

IPA replaced five previous aid mechanisms operational in the Western Balkans and Turkey: PHARE, ISPA, SAPARD, CARDS, and the pre-accession instrument for Turkey. Under this new aid mechanism, the overall funding available to beneficiary countries in the period 2007-2013 is 11,5 billion Euro. Since the European Commission adopted the regulation for IPA implementation in mid 2007, national governments have worked to create the institutional and legal framework needed for managing the IPA funds.

IPA has stirred tremendous excitement in the Balkans and it has become a buzzword. Everybody - from central governments to NGOs and the private sector through local authorities - is eager to see the benefits of the increased pre-accession funding. However, at the same time, what seems to be needed is in-depth understanding of what IPA means and how it works.

Pavlina Nikolova, an independent Bulgarian expert, talks to Osservatorio Balcani e Caucaso about the good news, some aspects of the Bulgarian experience, and the challenges to be considered in order to make the most of the IPA instrument.

What is essentially new in IPA?
The creation of the Instrument for Pre-Accession Assistance (IPA) was very good news. The problem before IPA came in was that the assistance programmes had been evolving and changing as the applicant states from central and eastern Europe progressed towards the EU. There were many add-ons to the assistance programmes that made them hard to understand, let alone to practice. I think PHARE was the most difficult one, because it was put together as an aid programme for third countries and then adapted retrospectively to support the EU's enlargement strategy. At one point in time, there were so many different strands to it and such a jumble of procedures for management, that it stopped being effective. And then, all of a sudden, new instruments were added: SAPARD and ISPA, each of them with totally different modes of management - for example, SAPARD was fully decentralised. So, essentially, IPA was good news. In a nutshell, it said: "these are the key areas in which you have to spend the funding (the components), this is how you progressively get access to funding for all of them, and the objective is to gradually accumulate experience so that you can eventually manage it all by yourselves". And the other aspect that I think was important was the possibility to transfer funding between components and countries if the money was not spent: this allowed for flexibility in a situation of limited EU resources and created competition among applicant states, encouraging them to be more absorption effective. The downside to IPA was that it made access to components 3 to 5 - regional development, human resources development, and rural development - contingent on the political decision of EU member states to accord candidate country status, rather than dependent on the country's progress in absorption and efficiency in management. 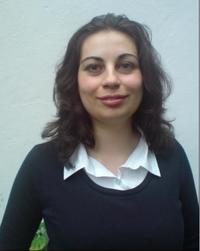 Pavlina Nikolova, an independent Bulgarian expert, holds a doctoral degree in political science from the University of the West of England, UK, where she has lectured in International Relations and Foreign Policy, and an MA in European public policies from the Institute d'Etudes Politiques in Strasbourg. Her research interests are EU enlargement policy, Europeanisation, public administration, and sub-national democracy

How late are the IPA funds? Some say there is a lot of talk about IPA but still little funding available: is this true? Who is responsible for the delay, national governments or the Commission?
This depends on what is usually meant by delay, and I see two different aspects here. If the comment pertains to IPA funding being small, this is only true in the first years, with amounts gradually increasing: so, the "big" IPA money will come as the states draw closer to EU membership. If the comment suggests that there are few projects being funded by IPA, then responsibility lies according to how the component is managed: if it is managed by the Commission via its Delegation, then it is a problem with their administrative and/or human capacity to cope with the number of projects. In Bulgaria this was the issue with PHARE for some time, because the Delegation in Sofia was understaffed and it took very long for the projects to get approved; sometimes one project went back and forth between the Delegation and the national agency. That is why it is important to get the mandate for decentralised management as quickly as possible; this should speed things up. On the other hand, if funding is being delayed for IPA components that are already managed in a decentralised manner, then national authorities are responsible, probably because of complex bureaucratic procedures or lack of administrative capacity.

There have been complaints that a lot of the EU aid to date has gone through expensive foreign consultancies: do you agree, will IPA change this, and if so, how?
Yes, a lot of money did go into foreign consultancies, in Bulgaria as well. Frankly, I do not see how this is going to end, unless national consultancies are gradually built, so at least money stays in the country. Yet, it is also true that well-established foreign consultancies do have better reputation, and national authorities prefer to work with them because this is an insurance that the project is good and the money will be well spent. Currently, even after membership, Bulgaria's operational programme "Competitiveness" has as one of its objectives the strengthening of the capacity of consultancies, so that they can help different beneficiaries absorb the large amounts of funding available to Bulgaria. In addition, a lot of money is spent on consultancies doing publicity campaigns for the different measures of the operational programmes: you cannot get funding if your project does not help meet objectives defined in the measures of the strategic document for EU funding in the relevant area (for example agriculture and rural development). So, consultancies are of vital help to small actors, but also to the national administration, because the government simply does not have the experts, first in terms of numbers (the state budget is not unlimited and it can only pay for the salaries of a certain number of civil servants) and secondly in terms of training. The problem with training civil servants and then keeping them in the public sector is well-known: qualified civil servants prefer to move to private consultancies for better salaries, which exacerbates the dependency on foreign consultancies. At the end of the day, each government will prefer better absorption rates - even if some of the money is eventually lost to foreign consultancies - than poor rates and seeing unused IPA funding transferred to other candidate countries. Can this be changed? Yes, but only if the actual beneficiaries develop their own capacity to apply for funding, and this does not happen overnight. It is especially hard when you have new financial instruments with new requirements. Developing your own capacity also means to have money to invest by employing people to deal with project writing, sending them to training courses, and so on.

There is the argument that IPA funding is hostile to smaller actors, non-state actors, NGOs, and local companies, since most current EC tenders require annual turnovers which few or no local actors have and these will not meet the requirements to apply. What is your comment?
This is true - not only because of the high turnover required (a turnover that needs to be sustained over several years before contractors can apply for tenders), but also because of the above mentioned lack of capacity to apply and draft projects. Small actors are also unattractive for consultancies because they often apply for small amounts of money and the revenue for the consultancy is also small. Let us not forget that the money for EU projects is never paid in full before the start of the project, and the EU hardly ever pays 100 % of the project costs: often, the so called co-financing by the beneficiary is required. In both cases, small actors have to borrow money from banks, which has now become even harder and riskier due to the financial crisis. This was the case with previous EU aid programmes and it remains so with IPA as well. The reason is that the Commission wants to be sure that the money of the EU citizens does not disappear in private pockets outside the EU, and has become even more wary after discovering cases of mismanagement and corruption in Bulgaria. Monitoring is easier for larger projects managed by bigger actors; it would be impossible to keep track of a countless number of smaller projects. What can be done? National governments can have agreements with banks to offer reduced interest rates for small actors applying for EU funding so that they can draft projects and co-finance them; they can create a national investment funds sponsored by the national budget, in order to offer project start-up assistance to private companies, municipalities and NGOs. There is not much that the Commission can do or would be ready to do to alleviate the situation, because it is the guardian of the EU interest after all. Skilful national solutions should be found here.

What will be, in your view, the major challenges in managing IPA funds for Balkan countries? What will be the most important things in order to maximise benefits?
What is the most important thing? Not so much to get the money, but to accumulate hands-on experience in identifying spending priorities that are specific for each country and require local knowledge: this is at the heart of the decentralised management by national authorities. Then, it is crucial to put in place the national bodies and mechanisms to manage the money according to the Commission's rules, procedures, and practices. Components 3 to 5 prepare countries to for the role of member states: these are the same procedures that they will have to apply after accession, and they should be adopted now in order to avoid poor absorption after membership. It is better to lose some IPA money while learning to do it on your own, than to over-rely on the Commission or consultancies and lose the "big bucks" from the EU structural and cohesion funding once you join.