Cooperation between territories to relaunch enlargement to the Western Balkans

The EU Strategy for the Adriatic-Ionian Region: the fatigues of the process 25/05/2016 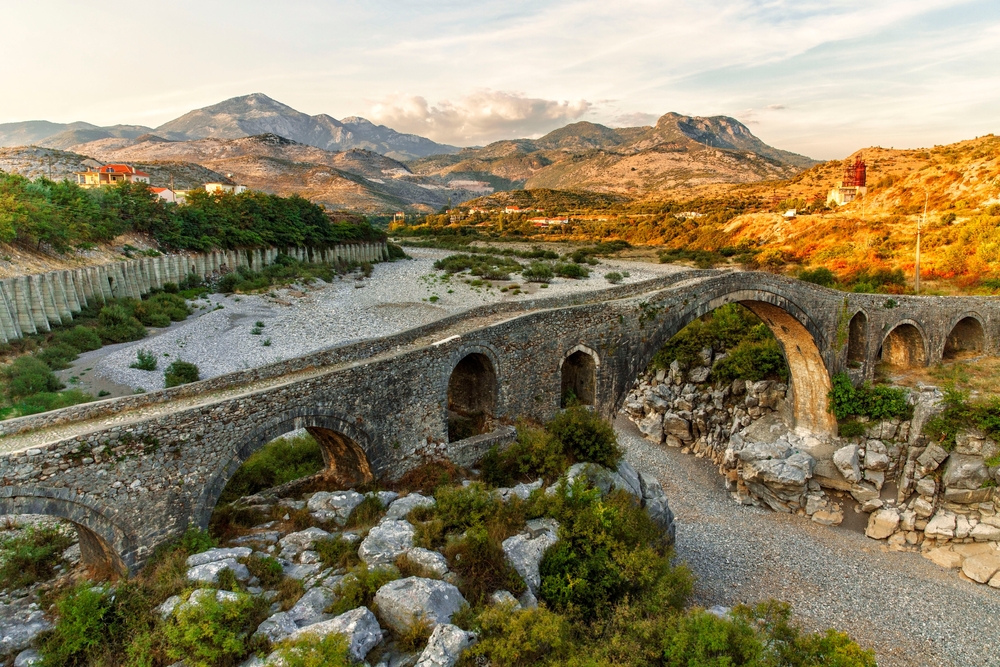 A view of an ancient bridge in Shkoder, Albania - © Guzel Gashigullina/Shutterstock

How can the macro-regional strategy for the Adriatic and Ionian Region (EUSAIR) facilitate enlargement to the Western Balkans? This was discussed in a webinar last October

"EUSAIR is the only EU macro-regional strategy to involve more non-member countries than member countries; enlargement is therefore a central element for its work", stressed Giuseppe Di Paola, coordinator and programme director of DG REGIO, at the opening of the EUSAIR facilitating the enlargement process in the environmental sector co-organised by OBCT and DG REGIO within the European Week of Regions and Cities held last October.

EUSAIR is the macro-regional strategy developed by the European Commission and the 9 countries of the Adriatic-Ionian region adopted in 2014 with the aim of promoting the socio-economic development of the area. The strategy brings together 4 EU members (Croatia, Greece, Italy, and Slovenia) and 5 Western Balkan countries (Albania, Bosnia and Herzegovina, North Macedonia, Montenegro, and Serbia).

The seminar was promoted to discuss the potential of cooperation between the territories of the Adriatic in favouring the European path of the Western Balkans in the field of environmental policies, as already examined in a study carried out by OBCT in collaboration with CeSPI.

According to the study, the European strategy for the Adriatic-Ionian region offers several advantages for the enlargement policy to the Western Balkans. "In addition to encouraging horizontal cooperation and strengthening the regional identity of the countries involved, EUSAIR stimulates greater contacts and exchanges of good practices between EU member countries and the Western Balkans, thus facilitating the adoption of European norms and standards by of the latter", explains Luisa Chiodi, scientific director of OBCT and one of the authors of the analysis, adding that "the convergence of processes, strategies, and funds (European and non-European) contributes to improving the administrative capacity of the Balkans, essential for carrying out the integration process successfully".

Furthermore, as explained by Gilles Kittel, EUSAIR team manager of DG REGIO, during the workshop last October, “thanks to its bottom-up nature and its flexibility, EUSAIR can integrate the typically top-down approach of accession negotiations, facilitating faster access of the Western Balkans to some EU policies and instruments”.

The example of the environmental sector

Environmental protection has become a political and social priority in the Balkan region, where environmental movements and initiatives increasingly critical of national governments' development policies have emerged in the last year.

As highlighted by the OBCT/ CeSPI study, also in this specific sector, the high level of coherence between the objectives and activities of the third priority axis of EUSAIR dedicated to the quality of the environment and chapter 27 of the Community acquis confirms that the macro-regional strategy and Enlargement negotiations are mutually reinforcing processes.

Most of the Western Balkan countries have already achieved a good level of alignment with European environmental regulations. However, there are two main factors that hinder its implementation: the significant costs associated with the green transition and the complex relationship between environmental protection and economic development.

The EU, Serbia, and the environment

Almost two years after the Serbian government sent its negotiating position to Brussels, at the beginning of December the EU decided to open Cluster 4 "Green Agenda and Sustainable Connectivity" of the accession negotiations with Serbia, which includes the chapter 27 dedicated to environmental protection.

The decision to open a new negotiating group – the last chapter was opened in December 2019 – comes at a time when the whole country is criss-crossed by protests and demonstrations that have brought tens of thousands of people to the streets to denounce the investments of the government in infrastructure projects with enormous environmental impact. In recent weeks, protests have focused on the Anglo-Australian multinational Rio Tinto project, which plans to open a lithium mine in western Serbia and according to various activists and environmental organisations would cause serious damage to the environment and to the health of citizens.

As denounced by several activists and researchers, European policies themselves risk having side effects with respect to environmental protection in Serbia. The plans for the construction of hydroelectric power plants and the mining of lithium resources for the production of batteries for electric cars, considered among the measures useful to promote the ecological transition in Europe and in the candidate countries, risk causing more harm than good if implemented without adequate measures for assessing their environmental impact.

The success of the negotiations on Chapter 27 will also depend on how well the EU is able to respond to the concerns and demands of Serbian citizens and how well it is able to use its negotiating power to increase the pressure "from above" on the government of Belgrade to ensure full compliance with European norms and high standards of environmental protection.

So far only Montenegro has opened negotiations on Chapter 27. Serbia, that presented its negotiating position in January 2020, received a green light from the Council last December, while Albania and North Macedonia are in the preparatory phase screening, or the assessment of the level of alignment of the national legal system with European regulations. On the other hand, the situation remains more complicated in Bosnia and Herzegovina and Kosovo, which unlike the other countries remain only potential candidates for membership.

"Green civil society in Serbia is very active both at regional and national level, in particular in monitoring the integration process and the adoption of European regulations; however, what is often lacking is the political will to implement the provisions”, stressed Milka Gvozdenovic, coordinator of the environmental sector of the NGO Young Researchers of Serbia, attending the workshop last October.

To implement environmental legislation adequately, a strong political push and adequate resources are needed. This was explained during the seminar by Madalina Ivanica, coordinator for the sector of enlargement, bilateral, regional, and international relations at the DG ENV of the European Commission: "the Green Agenda for the Western Balkans – an instrument that has recently been added to other documents elaborated by the European Commission to favour the European integration of the Balkans in the environmental field – is important to help countries to get closer to the European objectives in terms of combating climate change and environmental protection. However, Chapter 27 remains one of the most expensive of the whole acquis and therefore requires adequate funding".

In this regard, an advantage of EUSAIR is it helps maximise the use of the various European and non-European funds destined for environmental protection. As the OBCT/ CeSPI study suggests, the European strategy can also stimulate the principle of "more for more", that is to say, incentivise the implementation of environmental provisions and highlight the results achieved in order to obtain more financial resources for the countries that progress in the reform process.

The creation of transnational working communities

Finally, one of the contributions that EUSAIR can offer to enlargement is the fact that it is a catalyst for the creation of what can be defined as "working communities" between the various stakeholders involved in projects at the local level. Such work communities have emerged, for example, among those involved in territorial cooperation projects dedicated to environmental quality, including local authorities, universities, research centres, and civil society organisations.

For example, since 2014, several projects funded through the Interreg Adrion programme have contributed to bringing the Western Balkans closer to EU environmental directives. Some of these have, for example, allowed for better management of marine protected areas in line with the European framework for marine spatial planning or the implementation of the European strategy for the protection of biodiversity. To make use of the advantages of the so-called working communities, however, it is necessary to create a bridge between the planning and the political level, transforming the experiences and skills acquired "in the field" into a common heritage shared between all the subjects involved at the local level and the political decision-makers. The contribution of EUSAIR in this case was and could be to "scale up" the experience of the individual project.

"EUSAIR has successfully promoted sustainable growth in the region, encouraging dialogue between institutions and stakeholders and helping to strengthen the administrative level in the countries involved", explained Mitja Bricelj, coordinator of the third priority axis of EUSAIR dedicated to environment in his speech at the October workshop.

This inclusive approach and the emergence of participatory decision-making processes are particularly useful to the Western Balkans as it increases the democratic accountability of governments and helps to consolidate their democratic principles.

As noted by Di Paola and Kittel, "although it cannot influence the political commitment of the member countries – which remains essential for the potential of EUSAIR to have a positive impact on the enlargement process – EUSAIR nonetheless offers a useful platform to stimulate the exchange of experiences and good practices on concrete issues such as environmental protection, thus helping the Western Balkan countries align with EU standards and policies”.

Now the study carried out by OBCT and CeSPI is a starting point from which the DG REGIO of the European Commission intends to start a review of the EUSAIR strategy and its governance in order to make it a platform capable of strengthening synergies between participating countries for achieving of common goals.