Georgia: the kolkhoz buried, the cooperatives are flourishing 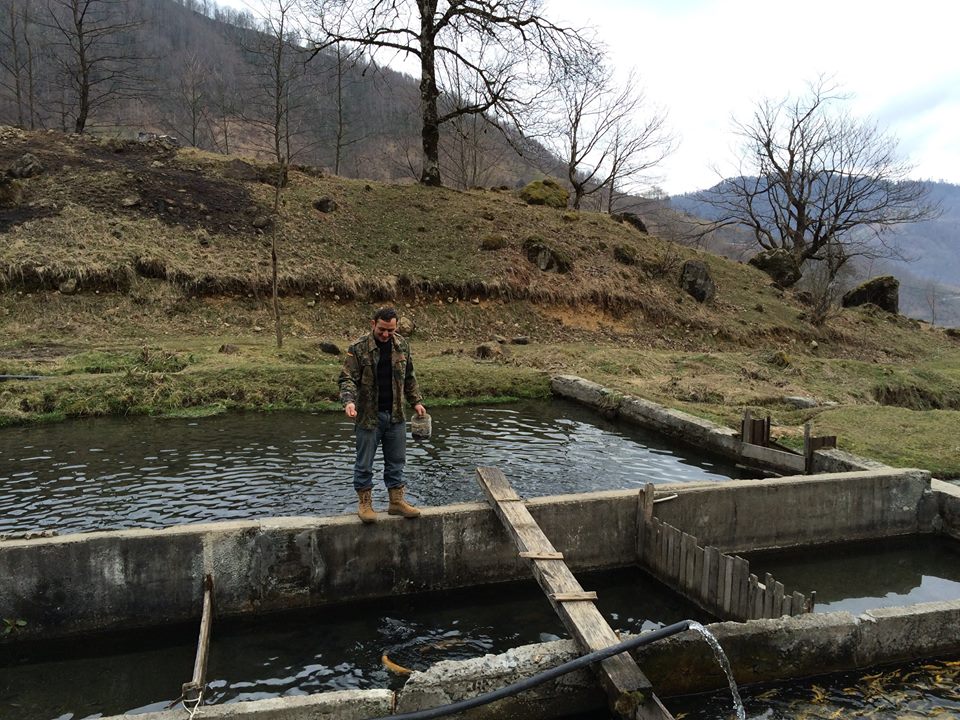 After years of mistrust, thanks to massive international support and political changes, Georgian agriculture has learned that unity makes for strength

It all began with trout. Ten years ago, Otar Giorgadze realised that the incontaminated, crystal clear waters of Chkhakbura, his hamlet in the region of Guria in western Georgia, could produce the best “guruli” trout on the market, and decided to open a trout farm.

Easy to say, less easy to do, but life in Chkhakbura has never been easy – seven families and a handful of houses perched on the side of a splendid ravine between the Natakhtari and the Bakhmaro, water sources which supply two of the best mineral water producers in the country. Winters are cruel, snowfall measured by the meter, the hamlet is cut off from the nearest market, the last bit of road not even tarmacked. In winter the fish has to be carried on a sledge.

In fact the venture did not last long. “I couldn't manage. I didn't produce enough and getting to the nearest market was too hard. After a few months I had to quit,” he explains. But the mountain dwellers of Guria have tough skins and broad shoulders and forty-five-year-old Otar, with his kind face and iron will, did not give up. In 2007 he convinced four fellow-countrymen that unity could be strength. These five were pioneers, breeding and selling trout, fingerlings and eggs, actually working as the kind of cooperative that did not at the time exist.

In the European Union cooperatives enable small producers to achieve economies of scale and target a particular clientele, making up about 60% of the agricultural production. Not in the ex-Soviet Union. If you say the word “cooperative”, farmers understand “kolkhoz”. In Georgia every attempt on the part of the government, international organisations and NGOs to support this sector through associations came to nought and, up till 2013, cooperatives were practically non-existent.

Two years ago the five villagers of Chkhakbura registered the cooperative Samegobro, meaning “group of friends”, encouraged by a changed political attitude towards agriculture.

From riches to rags

Georgian agriculture has paid dearly for its independence from the Soviet Union. Inefficient farms at a subsistence level, decrepit infrastructure and chronic dependence on food imports brought to its knees a sector which had been the pride of the empire. At the end of the 80s production was growing at the rate of 10% a year and in 1990 agriculture produced 30% of the gross national product. Georgian fruit and vegetables dominated the bazaars from Kiev to Almaty while Georgian wine, with its 8,000 years of history, furnished the tables of the Muscovite intelligentsia.

When the socialist dream disintegrated, this sector went into free fall. In the decade 1997-2007 the real agricultural GDP was in the negative, -9%, according to the FAO. In 2014 the sector employed 53% of the workforce but its contribution to the GDP was 9.4%.

In the 90s the government approved a wide scale agricultural reform, privatizing land and eliminating the collective system: after decades the farmers became the owners of the land they worked. But managing the longed for private property was not so easy, explains Juan Echanove, who is responsible for rural development in the EU delegation in Tbilisi. “95% are small holders with plots on average one and a half hectares in size and possessing a couple of cows – too little to go beyond pure subsistence. This minimal production means that the farmers do not have the financial means to reinvest in their business”.

In 2012 the prospect of agreement of association and free trade with the EU, the opening up of a market of over 500 million potential customers for its products, led the government to change direction – after being abandoned for years, agriculture returned to the top of the political agenda and one of the priorities was to stimulate associationism.

Two years ago various incentives were created, like tax exemption on property, returns and donations. The ADC (Agency for Cooperative Development) was formed to help cooperatives with training on business plan preparation, distributing admissions and accessing markets. The EU did not waste any time then: the 52 million euro from the five year plan for agriculture and rural development, approved in 2013 (Enpard) in the context of the EU neighborhood policy, injected new life into the sector.

The new message to farmers was: share costs and work, no-one wants to take your land. After two years, thousands of meetings, informative leaflets and talk shows, the numbers speak for themselves: between March and the end of August 2015, ADC registered 1,168 cooperatives producing everything from wine to fruit of the forest, from honey to fish.

Part of Enpard, 16 million euro, was distributed to cooperatives selected through five ONG consortiums, in the form of subsidies, at times vital, as in the case of Malkhaz Kukholeishvili and his ten associates. When last year the eleven hazelnut producers of Tkaia, a village of 323 families on the border between Georgia and Abkhazia, joined to form the cooperative of that name, they knew hard work would not be enough. “The quality of our nuts depends on the weather,” explains the 42 year old director of the cooperative. “We dried the nut kernels in the yard behind the house, without checking the humidity and the temperature. We needed a dessicator”. A low interest loan of 78,000 euro procured harvesters and a dessicator. The cooperative doubled its production and improved the quality, selling all 70 tons of hazelnuts to a Turkish distributor.

Associationism has also had profound human repercussions. In Abasha, in western Georgia, Vardi, meaning “Rose”, is a women's cooperative which, with 7,790 euro, has built a greenhouse growing about 1,800 roses for the local market. In 2013 one of the five members was getting together her documents to try to emigrate to Turkey – the cooperative has given her the chance to stay with her family.

The uncertainties of the market

The new coops are mostly small, with a maximum of 15 members and limited land space. The next move will be to create groups of cooperatives. By late September there were five. For the others remains the uncertainty of survival as decided by the market.

Eric Livny, economist and director of the International School of Economics at the State University of Tbilisi, thinks that managerial skills and teamwork might not be enough for groups lacking experience. In a recent article Livny wrote, “cooperatives may fail, like any other activity, if they don't reach a competitive position in their defined market. The failure may be determined by poor management of supplies of raw materials or by competition with bigger and more efficient producers”.

The difference between the kolkhoz and today's cooperatives lies in that variable which did not exist in the time of the Soviets – the market. Today the farmers' cooperatives are a business like any other.

For Eschanove, supporting them is a way of “selecting the true producers, giving a real chance to those who show they can produce and sell”.

For Giorgadze and the fish farmers of Samegobro, the opportunity to grow is already reality. Having enlarged their premises, they have already produced 15 tons of fish and, thanks to a powerful pick-up, this winter their trout will not be taken to their purchasers by sledge.