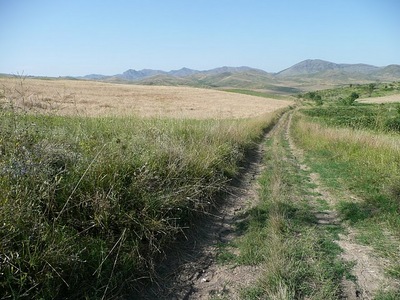 International organisations, both governmental and non-governmental, find it difficult to co-operate with NGOs in Nagorno Karabakh because its de facto independence is not recognised at the international level. These are some of the difficulties facing civil society in a territory not officially recognised

The Republic of Nagorno Karabakh is a territory that claimed independence less than twenty years ago and has not been recognised at the international level. Because of this, the country’s public sphere, including the non-profit and non-governmental sectors, is still being defined. Nagorno Karabakh is experiencing the typical post-Soviet area issues, as well as some of its own. But while the authorities have not shown a deep interest in creating a free and independent civil society or in supporting non-governmental organisations (as is the case in Armenia, Azerbaijan and some other ex-Soviet states), it is offering some general support to the pro-government NGOs. The NGOs in Karabakh (more than 100) have to face another problem: since the Republic of Nagorno Karabakh is not recognised as an independent country, many international NGOs avoid contact with those from Karabakh.

One of the most important (if not the most important) NGOs in the country is the city committee Helsinki Initiative-92, created in 1992. This was the first NGO to co-operate with international organisations and with Azerbaijan. Indeed, the first visits by representatives from Azerbaijan to the Republic of Nagorno Karabakh, as well as of Karabakh citizens to Azerbaijan, were organised by Helsinki Initiative-92 in 1993. In 2007, the NGO started implementing the project “House of Peace”, in collaboration with the Dutch NGO Pax Christi. In 2008, Helsinki Initiative-92 also launched the project “Seeds For Peace” with the support of another Dutch NGO, ICCO.

The Stepanakert Press Club, founded in 1998, plays a key role among the NGOs in Karabakh working in the field of international cooperation. A good example of their work is the three-year project “The Nagorno Karabakh conflict as viewed by the media and the public in Armenia, Azerbaijan and Nagorno Karabakh”, launched by the Club in 1999 in collaboration with similar organisations from Yerevan and Baku. It is part of the “Media Network Program”, promoted by the Open Society Institute. Several sociology studies were carried out as part of the project, and a programme to monitor the media was implemented. The Stepanakert Press Club also collaborated with the German foundation “Friederich Ebert” and the American organisation World Press Freedom Committee, as well as the British NGOs Diversity Institute and Article-19.

In 2004, a British consortium of NGOs was created and immediately started working in Nagorno Karabakh. Between 2004 and 2008, also thanks to the financial support of one of the members of the consortium, Conciliation Resources, the independent weekly magazine “Demo” began publication. Several journalists from Karabakh and Azerbaijan took part in the project “Dialogue Through Cinema”, funded by Conciliation Resources with the collaboration of the Stepanakert Press Club and the Armenian and Azerbaijani branches of Internews. Twenty-two films about everyday life in the conflict area have already been produced as part of the project, 10 by citizens from Karabakh, 10 by Azerbaijani citizens, and two by mixed teams.

The Institute for Popular Diplomacy, founded in 1998, also takes part in several international collaborations. In the past, it was part of the NGO Caucasian Forum, but in 2004 the Centre for the Promotion of Peace Culture and the Implementation of Confidence-Building Procedures was created from a branch of the Forum. The project is funded by the British NGO International Alert, within the framework of the initiatives implemented by the consortium of British NGOs. The main objective of the Centre is to provide useful tools for civil society and to create and implement confidence-building techniques - as an alternative to conflict - through the promotion of debate in international forums between young citizens of Armenia and Azerbaijan.

At the moment, there are more than 10 youth organisations in Karabakh. Some of them, like Generation Hayk, work closely with government institutions, receive significant financial support from them, and actively take part in the political activities of the government. Other organisations, like the local branch of the YMCA, prefer to co-operate with international NGOs. The YMCA was officially registered in Karabakh in 2004. Since 2007, the local branch of the YMCA takes part in the project called “Roots of Reconciliation”, a trilateral initiative involving Armenia, Georgia and the Republic of Nagorno Karabakh which has helped these countries organise youth meetings, festivals, and forums over the past three years.

The co-operation between NGOs from Karabakh and Azerbaijan also has interesting aspects. First of all, it appears that the organisations from Karabakh operate in a more relaxed environment. The reason for this disparity is due to the fact that the authorities involved in the conflict have different attitudes towards the issue of co-operation.

The Azerbaijani authorities try to avoid having contact or co-operating with the ones from Karabakh in any way, posing a very rigid prerequisite to co-operation: first, the conflict has to be solved, and only then can relations between the two countries be discussed. On the other hand, Nagorno Karabakh seems to have a completely different attitude: only by improving relations with Azerbaijan the conflict can be solved. For this reason, in Azerbaijan, the organisations that co-operate with NGOs from Karabakh (and normally with the Armenian ones too) get singled out by the authorities and the pro-governmental media. In Karabakh, the situation is definitely more relaxed, even if the “extremely pacifist” attitude of the NGOs is criticised at times.

It is very difficult for international organisations to implement co-operation projects due to the rigid position of the government in Baku. The Azerbaijani government tries to hinder relations with Nagorno Karabakh in any way, not only on a governmental level, but also when organisations present in Karabakh, such as the British Halo Trust (for the removal of mines) and the International Red Cross, are involved. Azerbaijani authorities have repeatedly protested organisations and companies working in Karabakh, including some Swiss companies.

At the same time, it is important to keep in mind that, even if Karabakh is often mentioned in reports produced by international organisations, they often don't refer to the territories under the jurisdiction of the de facto authorities of the “Republic of Nagorno Karabakh”. For example, in the Cooperation Strategy South Caucasus 2008-2011, drafted by the Swiss Cooperation Office South Caucasus, Karabakh is only mentioned in relation to the work undertaken with the internal Azerbaijani evacuees and the regions of Agdam and Fizulinskij. These areas are not under the control of the Karabakh army (in fact, only 30 percent of these areas is under the control of the Karabakh government). In short, the Swiss organisations only operate outside the borders and not within the territory of Karabakh. The Swiss Cooperation Office South Caucasus might be cooperating with projects run by the International Red Cross in Karabakh (operating in the region since 1992), but that is another story.

Looking once again at NGOs from Karabakh and international relations, we can see that the organisations based in this region may have the opportunity to take part in European Union projects, in particular those promoted within the framework of the European Neighbourhood Policy and the so-called Eastern Partnership. Anyway, Karabakh will probably only take part in these projects indirectly, through international NGOs.

What is certain is that the cooperation with the EU and other international NGOs will help strengthen local NGOs, as well as Karabakh's entire civil society.