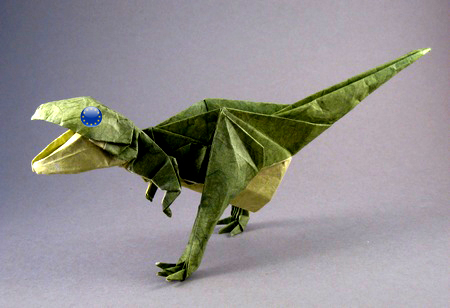 EU aid to Balkan civil society seems to be increasingly directed at large NGOs. Small community-based organisations tend to be marginalised mainly as a result of turnover thresholds and excessive red tape set by the donors. An opinion by Risto Karajkov, OBC's correspondent and free-lance civil society consultant

There are plenty of small organisations (popularly known as NGOs) across the Balkans doing wonderful things in their small communities every day. Some provide vital services for people with disabilities (help them with daily needs, train them, write endless letters asking for special equipment to make their lives better, etc.). Others work with the poorest of the poor: Roma children in ghettos, street children. And many more fight for equality, inclusion, and against discrimination every day. They all have in common one thing: they cannot receive EU money. The reason is, they are too small.

Once perceived as the “conscience of humanity”, NGOs have come under attack in recent years, over how they spend their money, how transparent or democratic they actually are. A lot of this criticism has been well deserved. However, it only applies to part of civil society. It concerns the big international (but also national) groups which command big budgets, stay in fancy hotels, often attend pointless all-inclusive conferences, and fly business class. All in the name of the poor children they are helping. At the other end of the spectrum there are the small, local, non-paid-staff, no-car, non-expensive-laptop, no-money groups. And yet, if one takes a closer look, one can see they work small miracles, daily.

Risto Karajkov is an independent researcher and journalist. He has a PhD in international cooperation and sustainable development from the University of Bologna and has received various research bursaries among which one from the "Centre for Civil Society" of the Johns Hopkins University. He is specialised in European policy in the Balkans and writes for Osservatorio Balcani e Caucaso, Courrier des Balkans, Transitions Online, the European Voice, the International Herald Tribune, the New York Times, Worldpress, BusinessNewEurope e Il Riformista.

But while the former get their money which they then spend on lavish conferences, these small, genuine, grassroots associations do not. The reason lies in the system. The system of funding for NGOs has become too complex. In the administrative sense of the word, above all: the system of EU funding is a leader in complexity. And while the part of the sector which “feeds” on this system has mastered the skill “to work it” (and spends approximately 70% of its time on churning out proposals and doing administrative paperwork), the other part subsists on civic enthusiasm, volunteer work, small community donations, and altruism. Some would say, this is what it should be all about. But to me this sounds a bit cynical.

A recent EU call for proposals aiming to support NGOs in the Balkans required potential applicants to prove an annual turnover of 200,000 Euro. To NGO workers in the region such a rule is puzzling. Whoever wrote that rule, they say, has perhaps never seen a Balkan NGO. Or simply wanted to make it an opportunity open only to a mere handful of organisations. In Macedonia, for example, there would be no more than 7-8 eligible NGOs at any point in time. They are hardly “the civil society” at large...

Another major issue has always been co-financing. This is not an EU thing only; many other donors require it too, but EU funding programmes have lifted it to difficult new levels (particularly by not counting contributions made in-kind). In my opinion, the rule has never made much sense, but more than the rule itself, it is its indefiniteness that it is the problem. Ask three different donors, or even the managers of three different EU programmes, and they will most likely all give different interpretations.

“They push us into cheating”

What is particularly bothersome about it is that NGOs generally do no have unrestricted funding to use as co-finance. Whatever other funding they may have is normally already allocated to specific purposes, defined by other contracts. Whoever has worked with NGOs knows this perfectly well: NGOs often have to resort to accounting acrobatics to comply with co-financing requirements. In the words of an NGO activist, “It is they, the donors themselves, who are pushing us into misconduct.”

Finally, what clearly emerges as a major obstacle to small NGOs' access to EU funding is the bureaucracy. People are regularly amazed when, for the first time, they see the so-called “IPA application form”, a document to fill out in order to apply for a grant. Even experienced NGO workers, who have done years of proposal writing are intimidated by it.

As if this were not enough, every now and then a local EU grant administration office (such as for example some of the many cross-border programmes' secretariats) makes the form even more incomprehensible, for example by transforming it from a text document into a spreadsheet packed with macros (which regularly do not open up with Linux), and filled with technical glitches and inconsistencies. The word goes around that highly-paid consultants work on such projects fro up to a year, but he final result is that the document is often even more difficult than it was before.

Besides the unnecessary technical difficulties, the forms are full of requirements and questions which simply do not make sense. This, in the name of the truth, is rarely, or practically never the case with documents which come out of offices in Brussels. But when such guidelines, application forms, etc. come out of some of the local offices, the result is sometimes close to a disaster. A recent call for proposals in the Balkans described one of its major priorities with one word only, “health”. Another call for cross-border projects was written in practically unreadable English. This did not stop the office which issued it to ask for hundreds of supporting documents, all translated by 'authorised' and certified translators.

From paper to real challenges

Beyond the administrative metaphysics, however, procedures also require advanced knowledge of project management theory. It is not at all easy for a small local group to write 2 pages of “risk analysis”. They have never heard of the concept (even though they intuitively understand it). Their job is to work with children with special needs, or organise farmers, or help Roma get health care. This is the work they excel in. Why should they need to bother with such a “trendy” concept as “risk management”?

And it is not as if people on the other side who read and evaluate these projects always really understand this kind of jargon either. It often comes down to a word count, to how many times certain key words were used in the text (in bold letters), rather than to what such and such a project is really about. EU officials would put forth the argument that the preference for working with larger organisations is a matter of policy. A kind of an economy of scale argument. The rules are nevertheless designed to restrict access to a very small number of large organisations. But there is no systemic evidence that a few large organisations contribute more than hundreds of small ones. On the contrary.

Besides this however, the bureaucracy effect can also not be overlooked: why give smaller grants when the paperwork is the same for large and small alike? Special interests and lobbying should not be overlooked either.

Rather late, the EU has embraced the the idea of supporting civil society in the Balkans. Its Civil Society Facility was founded as late as 2008. Except its European Instrument for
Democracy and Human Rights (EIDHR) Programme which is primarily for NGOs, and sporadic grant lines, there has not been much else. Most of the money goes out on tenders, again restricting access only to very large EU companies.

What EU officials in charge of supporting civil society in the region should think about instead are programmes of many small grants (anywhere between 5,000 and 20,000 Euros), completely stripped of red tape, with simple application forms in local languages, and quick feed-back periods (at the moment answers from some of the cross-border programmes in the region can take up to 2 years).

Instead of rigid assessment rules defining the use of decimal numbers in the budget sheets or the format of the logos, by distant offices, real field monitoring should be carried out. This would also help officials understand the substantive challenges on the ground rather than just creating paper ones. This is how the EU should actually support civil society in the Balkans.