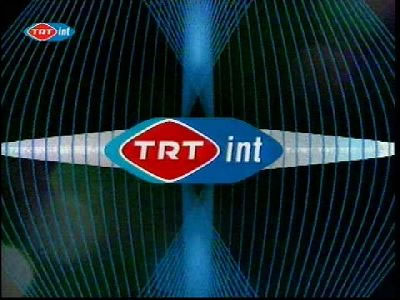 Turkey has launched a public TV channel in Kurdish - TRT 6. The law prohibiting the use of Kurdish for political purposes remains in force. The reactions to Erdoğan's "opening," the views of Kurdish politicians and intellectuals, and commentary from Leyla Zana

The year 2009 started with signs of great change in Turkey. The first state channel in Kurdish language was launched on 1 January. The 6th channel of the Turkish radio television, TRT 6, or, as it is pronounced in Kurdish, TRT "shesh", will broadcast around the clock. Because Kurdish is taboo in the Turkish Republic, the station signals a great change. Although there already are Kurdish channels which broadcast via satellite, the most popular of which is ROJ TV broadcasting from Denmark, this is the first time that the Turkish government has allocated public money for producing a program exclusively for the citizens of Kurdish origin in Turkey.

The channel, which started its trial broadcast on 25 December 2008, will use the Kurmanji dialect for the time being. In the future, the Sorani and the Zaza dialects will also be used. "This is a family channel, respectful of the values of our nation, and offering content for the citizens of all ages," said prime minister Recep Tayyip Erdoğan in his inaugural speech focused on the "democratic values allowing everyone the right and possibility of self-expression," and on "respect of differences."

Erdoğan used a metaphor of an "envelop" and a "message" whereby the language is the "envelop which is important in of itself," but whereby "what is more important is the message it carries," underscoring the idea that "the common citizenship of the Republic of Turkey is a much stronger connection than that of blood or ethnicity."

It is true that, until now, Kurdish has not been considered a neutral "envelope." To begin with, there is the ban on giving children Kurdish names. The letters X, Q, and W are especially prohibited under a law from the period right after the coup d'état of 1980. The law regulated the use of languages other than Turkish and provided that Kurdish, as a prohibited language, could be used neither in private nor in the media.

Within the process of harmonization with EU standards, the 2001 changes in the constitution eased the ban in regards to the use of Kurdish in the media. But despite the subsequent changes in the civil code, the restriction on the use of the three letters remained. This restriction legitimized detainment of the owner of the ART TV channel of Diyarbakır, which broadcasted in Kurdish.

The fact that this ban still exists could be the basis for an appeal by the judiciary and the high radio and TV council (RTÜK - Radyo Televizyon Üst Kurulu) against the launch of TRT 6.

The legislation which prohibits the use of Kurdish for political ends also remains in force. Many DTP (Party for Democratic Society - Demokratik Toplum Partisi) members are on trial for having used Kurdish in their electoral speeches and documents.

The mayor of the district of Sur (Diyarbakır), Abdullah Demirbaş, was removed from office in 2007 for having distributed leaflets which, also written in Turkish with a disclaimer that the official language is Turkish, were also written in Kurdish. The trial is under way against the mayor of Diyarbakır, Osman Baydemir, for having approved the use of Kurdish in leaflets, pamphlets, and invitations.

Many singers, writers and journalists, as well as common citizens, have gone to trial and been convicted for using the Kurdish language. 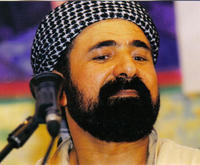 The most popular Kurdish singer, Sivan Perwer, who is in political exile in Germany as reported by daily Hürriyet, had been invited by TRT 6 to host a weekly musical show. Perwer accepted the proposal but TRT was eventually forced to withdraw it because Perwer asked for an excessive fee - USD 60,000 per show. TRT will instead limit itself to playing his videos. Perwer is, nevertheless, still banned from entering Turkey.

Kurdish reactions to the new channel have not been unequivocal either. DTP deputies have left the opening ceremony of the channel and the two singers Nilüfer Akbal and Rojin, who took part in the inauguration show, have been accused of betraying their people's cause for money. Later, in discussions in parliament however, DTP leader Ahmet Türk expressed his satisfaction saying that the channel "was the outcome of their struggle." 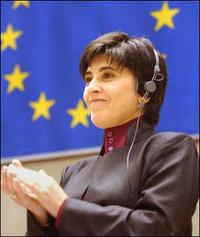 Former Kurdish MP Leyla Zana said that the launch of TRT 6 "should neither rejoice nor sadden us" given that it is a "channel opened for 5 million assimilated Kurds who do not speak their language". Because of her speeches on many occasions, including a speech in the European Parliament, Zana was sentenced to 15 years in prison in early December 2008 on charges of "being part of an illegal organization." Considering the sentence light, the prosecution appealed and requested a sentence of 45 years. "The other estimated 10 million Kurds already have their TV," continued Zana. "The state is responsible for the fact that they cannot speak their language. In time, we have to free ourselves of this wrong. Kurds have a lot to claim from this state, and the government has to pay its debt. At present it is only paying the interest."

There are two months until the next local elections, and AKP (The Party for Justice and Development) strikes ahead with this new "Kurdish opening," trying to win the largest part of the electorate in the east and southeast regions of the country.

At present, it also seems certain that, for the first time, courses in Kurdish language and literature will be established in two universities in Istanbul and Ankara. It is certainly legitimate to remain skeptical of such actions, defined as "cosmetic" by some analysts. Overall, as Oral Çalışlar from the Radikal has noted in one of his articles, if one takes into account that after the 1971 coup one risked life in prison for simply using the word "Kurd," the trend is towards ever greater visibility of the Kurdish issue which can no longer be said 'not to exist."