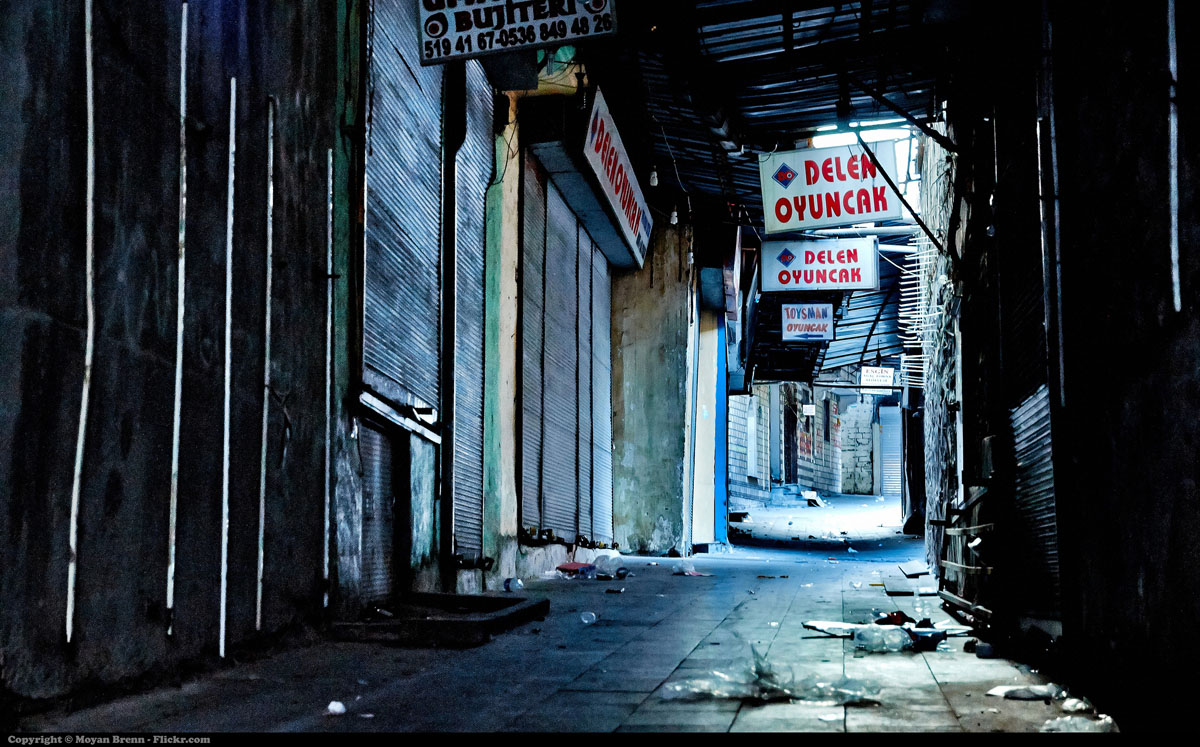 It is estimated that in Turkey one Syrian minor in ten is working to provide for the family. A situation that threatens to cancel an entire generation. An analysis

A garment, a label: "Made in Turkey". Sown by Mohammed - eleven years old - or by Rana - fifteen. Two names lost in the midst of 1.5 million Syrian children who have come to Turkey after fleeing the war.
Turkey is presently the country with the highest number of refugees in the world. In the last six years it has received more than 2.7 million Syrians escaping the war. According to data from UNICEF 54% of Syrian refugees are minors. Those of school age are about 850,000 of whom 500,000 do not have access to instruction.
Research by the Gündem Çocuk organization shows that in the last 5 years more than 200 thousand Syrian children have been born in Turkey. Figures which demonstrate the urgent need for protection starting with the living conditions of their families. The lack of a valid method of integration of the adults into the workforce and into the society is affecting their children. These not only work but also have to beg, or if they are girls, are often given into marriage when very young. There is a risk of losing an entire generation.
The Syrian refugees cannot benefit from the refugee status because of the geographic reserve that Turkey applies to the Geneva Convention. The Turkish government provides them with a temporary protection system which offers them, albeit with a series of problems at the initial phase, free healthcare as well as access to education by registering at state schools or at one of the 400 temporary educational centres. Starting in January 2016, Ankara also began giving out work permits, but bureaucratic quibbling caused this process to be slow and up to now, ineffective. By the end of 2016 only little more than 10,200 Syrians received work permits.

The intergroup on children's rights  is the only formal organism within the Parliament which works specifically to protect minors in all the policies and legislation in the EU. The subject has been discussed several times in plenary and recently a parliamentary question  was raised for the Commission.

Last October the European Parliament approved an own-initiative report by MEP Ignazio Corrao (EFDD). The resolution  is aimed at encouraging the EU to introduce labels on products which guarantee that during the whole production process there have been no violation of the worker’s rights. "This way buyers can know immediately that for the product they are buying there has been no violation of human rights through the entire length of production, up to European distribution," explains  Ignazio Corrao.

A difference should be made between the conditions of those living in one of the camps organized by the government and the conditions of those who have had to find food and accommodation by themselves. The existing 25 camps, some offering such services as schools, health clinics, recreational centres plus a small monthly allowance (85 Turkish lire or €25), can host no more than 272,000 refugees. The other 90 percent mostly live in towns near the border with Syria - that is between Kilis, Gaziantep, Urfa and Hatay, or in the suburbs of the bigger cities.

In these cities, and in Istanbul, there are scores of Syrian children working in the textile industry, shoe factories, in bars and restaurants and in agriculture. Although the exact figure is not known, UNICEF estimates that one Syrian child in ten goes to work for the family for six or even seven days a week and for more than eight hours per day. Heavy work. Research shows that many children complain of physical pain as well as psychological abuse. Sometimes the work is dangerous and damaging to health because of chemicals used in the preparation of dangerous products without any protection.
It is much easier for children to find work than for an adult, in a country where the informal economy’s share of GDP is more than 32 percent. According to Aziz Çelik, from the research centre for the Turkish DİSK Union, "most companies use children under the age of 18 as low cost workforce".

Even the possibility of the Syrian adults receiving a work permit does not seem to alone be able to change this trend. Because neither the employers nor the Syrians have an incentive to change. The employers would have to pay the minimum wage of €400, while the non qualified Syrians working in black (about 300,000 to 500,000 people) who accept to be paid below minimum wage, would lose the advantage they had over the Turks. This all creates precarious conditions of work and the use of child labour becomes the best solution for both parts.

The activity found to employ most Syrian child labour is that of the textile industry. A sector worth $40 billion and the second most important industry in the country. Turkey is also the third exporter of textiles in the European Union. Recent information on the employment of Syrian children not only in clandestine industries, but also in factories producing well-known international brands emphasizes the size of the problem. This brings to light the fact that the underpaid, stressful work that hundreds of children are subjected to is now part of the production chain used by European brands as indicated by the study presented by the Businesses and Human Rights Centre of London (BHRC).
Child labour has always been a serious problem in Turkey where an official estimate shows more than 890 thousand children work. But the arrival of poor Syrian children has only aggravated the problem which, as confirmed by a report from the Support to Life group from the UNICEF, risks exacerbating if not urgently addressed.