Transnistria: journalism beyond the Nistru 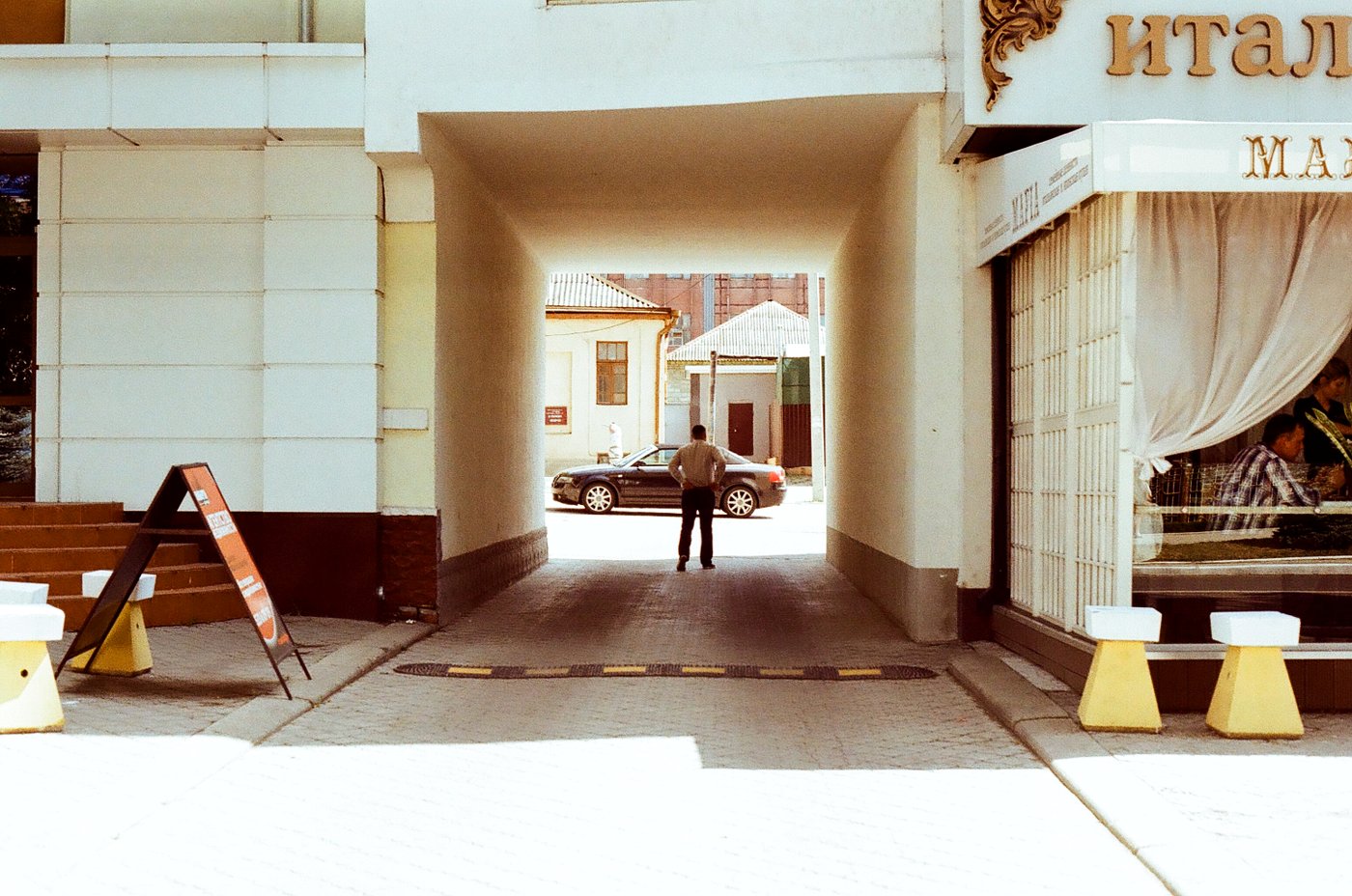 How has journalism evolved in the state that does not exist since the 1990s? A meeting with Nikolaj Kuzmin, journalist and activist of ILC Apriori in Tiraspol, a space for legal assistance and promotion of human rights

For the past year, in Tiraspol, the capital of the independent de facto state of Transnistria, a tourist office has been giving advice on what to visit and buy beyond the Nistru – as the employees kindly tell you, "souvenirs from the country that does not exist". In November last year, by the way, some cooperation agreements were signed with the Moldovan side, which should allow greater relaxation on some hot fronts such as education and telecommunications.

Is it a sign of greater openness of the region to the outside? Are there new glimmers of freedom for the population? The reality is that, in a situation of conflict that has been frozen for over twenty years, civil society also often struggles to move and change. Analyses reveal how, especially in the field of information, routine control and (self-)censorship practices are reiterated.

Nikolaj Kuzmin, a young journalist at ILC Apriori in Tiraspol (a space for legal aid and promotion of human rights hosted at Klub 19 ), tries to take stock of the situation with us – trying to read, in the dynamics of the past, also possible future developments.

Could you describe, in broad terms, how the situation of journalism in Transnistria has evolved since the conflict of the 1990s?

I have joined this environment just recently, so mine is inevitably a partial perspective. However, we can say that since the end of the conflict between Moldova and Transnistria, indeed since the collapse of the Soviet Union in 1991, newspapers and publications on the territory have been divided into two fronts (as it was logical, in a sense). The first supported Transnistria, the second Moldova. Soon, this second front moved completely beyond the Nistru, on the territory controlled by the Chişinău government. There was no reason to stay: its constituency was in Moldova, not here, and moreover its position could be dangerous.

So, a situation immediately arose in which virtually all journalists and newsrooms in Transnistria were in favour of the power that was being formed. Yet, towards the end of the 1990s, a different trend also emerged: these journalists became increasingly dissatisfied with the way in which power had finally stabilised. By then, it was clear that Smirnov would maintain control, and few other credible candidates appeared on the horizon. However, at that time, the general attitude of the population towards journalism and journalists was also changing: people tended to perceive the latter as part of the same "caste", of the same "shady environment". Something similar happened throughout the post-Soviet space. Why did it happen in Transnistria too? It seems to me that the reason is simple: all journalists basically knew each other.

Let's look at today's landscape: there is the newspaper Chjelovjek i jego prava, directed by Nikolaj Buchatskij; there is Dnester-TV, directed by Grigorij Volovoj; finally, there is Pravda Pridnjestrovja, led by Nadjezhda Bondarjenko. What happens? It happens that sometimes the first speaks ill of the second, which in turn speaks badly of the third, or vice versa and so on, in a series of hardly constructive exchanges. The fact is, these three journalists used to work for the same newspaper. In general, as I said, journalists here in Transnistria know each other very closely and this amplifies the impression that information is a "dirty business".

On the other hand, if we talk about young people, who are approaching the profession, the conviction prevails that the journalist's is simply a job like any other. No "ethics" or "fidelity to the facts", you only need to complete what is asked of you. I almost start thinking this way too...

What role does the web play? Do you think there is freedom of expression on the Internet?

I would say so, in principle. However, some recent events indicate how this might change in the near future. For example, some time ago, a post published by Nadjezhda Bondarjenko on her Facebook profile was accused by the authorities of offending our Home Secretary. Grigorij Volovoj's Dnester-TV had to be transformed into a blog in order to preserve its independence and avoid being registered as a mass media, which would have entailed a more strict control by the authorities.

As is known, there are different methods to escape censorship or the control of authorities on the Internet. However, as shown by the previous examples, there is a tendency to censor the web as well. These could be isolated actions, as happened in 2013 when there was a sudden blockade of various sites and forums. But it could also be a practice that will become more and more frequent – especially now, that Transnistrian power is practically in the hands of the Sheriff holding. And, among other things, Transnistria's major provider is the company IDC, which belongs to Sheriff. We know that in 2013 KGB agents went to the IDC, putting pressure to block some sites and forums.

In general, I would say that the so-called filter-bubble phenomenon is very strong in Transnistria on the web. In particular, on Facebook there are two groups, one that seems to favour Sheriff and its power and the other, apperently in support of Yevgeny Shevchuk (the president elected after Smirnov, ed.): the discussions are really ends in themselves and there is no real interaction.

What do you think of the way in which the international press deals with Transnistria?

This is a very personal opinion of mine. I believe that most foreign media deal with Transnistria through collaboration with freelancers. Very often, freelancers from this area are journalists who were fired or failed to work professionally here. Their only option is therefore to collaborate with foreign media. This may lead them to express, among the lines, veiled insults towards this region. It seems to me that often the situation in Transnistria is exaggerated in a negative sense, it is painted in a grotesque way most of the time...

On the other hand, if we take some publications from neighbouring countries in the east, such as Russia and Ukraine, the situation becomes very strange. In Russia there is a publication like Regnum , for which Andrei Safonov, one of our former deputies, often writes, while in Ukraine many media are deployed against Maidan. Their position on Transnistria is as follows: they are very happy that it exists, because it is the last outpost in the West to defend the "Russian world"; so yes, it is true that maybe the inhabitants of Transnistria suffer and have problems, but this happens for a just cause.

I must say, however, that there is a Moldovan portal that I really appreciate. Newsmakers deals with Transnistria in a balanced manner, without using exaggerated and propaganda terms, but simply trying to highlight what is happening in this region. Olga Gnatkova, a journalist for Newsmaker, told us how this is inimical to many other Moldovan media, which instead refer to this area always emphasising its "separatist" nature.