Transnistria, wind of change with the new president? 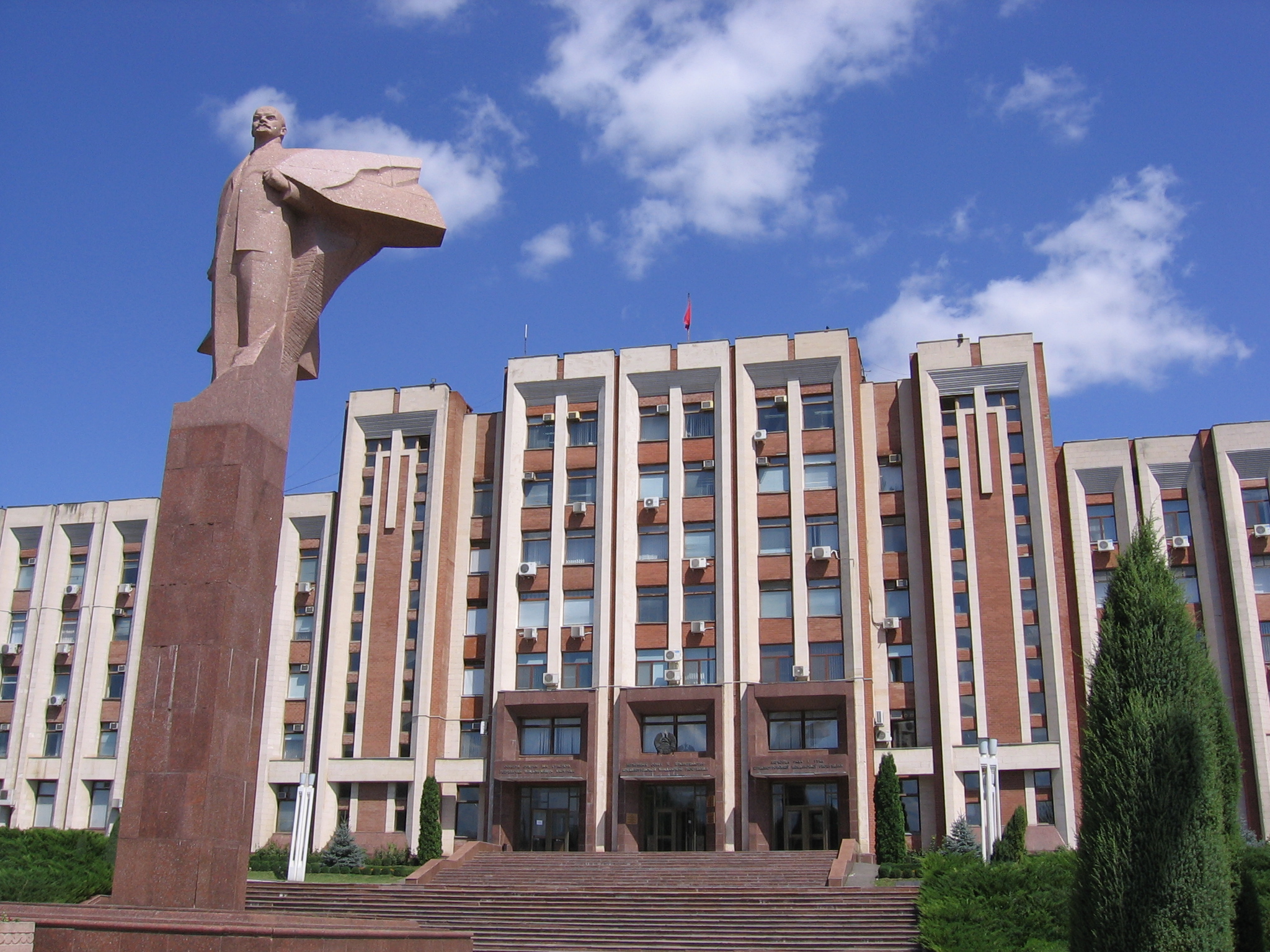 After 20 years of Igor Smirnov's authoritarian rule in this de facto independent territory within the internationally recognised borders of Moldova, Yevgeny Shevchuk became the new head of Transnistria. Over 200,000 citizens showed up at elections to vote against Smirnov, who had a falling out with Russia over allegations of financial frauds

In the runoff that took place on December 25, 2011, Russia continued to support another candidate, Anatoli Kaminski, but he obtained only 19.7 percent of the votes. On the other hand, Yevgeny Shevchuk, the former president of the Transnistrian Parliament, is seen by many as the representative of a younger generation who campaigned against corruption, for economic stability, and more openness and freedom. Even if his victory was a big surprise for the Russian Federation, which continues to have a high interest in the region, Moscow formally welcomed the shift of power. Transnistria's leader for decades, Igor Smirnov, had become increasingly viewed by Moscow as an obstacle to finding a solution to the protracted conflict with Moldova over the independence of the territory. Smirnov came in third in the first round of elections.

High expectations about shifts of power

At the inauguration of the new leader in Tiraspol, Yevgeny Shevchuk expressed his will to convince international bodies to recognize the independent status of Transnistria and to cooperate more closely with the Russian Federation. The president's first move in office was to dismiss all of the previous administration's officials, including Igor Smirnov's son, the region's former chief of customs service, who had a strong influence over the region's economy. Besides, he added that Moldova and Ukraine will remain two good, stable neighbors, and stressed that he would work with Chisinau to facilitate freedom of movement over Transnistria's borders with Moldova. Deeds followed words: on January 17 Tiraspol announced the cancellation of a 100 percent customs duty on goods imported from Moldova introduced in 2006.

Kalman Mizsei, former Special EU representative in Moldova, said that Shevchuk's victory means a great shift towards democracy on the left bank of the Dnestr, and that the European Union should take note of this. “The citizens of this region expressed their will in a democratic way by electing a new leader who should be welcomed by the EU”, declared Mizsei, even though elections in Transnistria remain internationally unrecognized.

Two weeks after the elections, an EU delegation led by Miroslav Lajčák met with the new leader in Tiraspol. They discussed Transnistria's political and internal issues with a goal toward facilitating more effective communication between Tiraspol and Chisinau. Shortly after the election, Moldovan Prime Minister Vlad Filat and head of the EU delegation to Chisinau, Dirk Schuebel, signed a 5-year, 13 million Euro agreement dedicated to financing trust-building between citizens living on opposite banks of the Dnestr River.

Moldovan officials have not yet discussed any concrete actions with Yevgeny Shevchuk, but their declarations have inspired new hope for a settlement to the conflict. Deputy Prime Minister for Reintegration Eugen Carpov remained positive about the new leader of Tiraspol, who promised to open borders and assure freedom of movement to citizens of both Moldova and Transnistria. "The fewer obstacles we have between us, the more trust-building measures will work,” said Carpov. He added that the change of power in Tiraspol and the end of the Smirnov era has inspired cautious optimism that now negotiations about Transnistria's status have nowhere to go but forward.

Political analysts remain skeptical, however, about the new political shift in Transnistria, which is not likely to bring any rapid change in relations between Chisinau and Tiraspol. Political analyst Oazu Nantoi says the new administration in Transnistria will be preoccupied with economic stability rather than with communication with the Chişinău government. "We cannot expect any miracles from the negotiation process. This is going to be a controlled and a well-defined strategy of Tiraspol,” Nantoi commented talking to journalists. Other experts think that two obstacles to the conflict settlement are, on the one hand, the dependence of Tiraspol on Russia and, on the other hand, the dependence of Chişinău on the EU.

Soon after Shevchuk was voted into power on January 1, 2012, an 18-year-old Moldovan was fatally killed by Russian peacekeepers at a checkpoint along the de facto border. The incident raised tensions and fears in the local security zone. Two hundred protesters from the security region showed up along the Transnistrian border to demand the withdrawal of Russian troops and removal of checkpoints. The current peacekeeping mission was established immediately after the conflict between Chisinau and Tiraspol in 1992. It is comprised of 1,200 troops from Russia, Moldova and Transnistria and several Ukrainian observers to assure security management in the region.

Valeri Kuzmin, the Russian ambassador to Moldova, announced that the teenager was drunk and that he was driving a stolen car. The information was unconfirmed and later contested by the Moldovan police. This statement provoked reactions from Moldovan citizens, who condemned the Russian official’s attitude. Members of France's Moldovan diaspora protested the deployment of Russian troops in Moldova’s territory. Another protest was organized in front of the Russian Embassy in Bucharest, Romania. The organizers waved the Romanian flag and shouted “Russian army – go home!”

The incident demonstrates the need to change the peacekeeping mission into a civilian one, a move that Chisinau has demanded several times during its negotiation process with Tiraspol. On the other hand, Moscow has said it will withdraw peacekeepers only after identifying a viable solution to the Transnistrian conflict. Moldovan Prime Minister Vlad Filat repeatedly requested that the peacekeeping mission be changed, and the deputy prime minister told the press the issue will be discussed with all representatives of the 5+2 negotiation format (Russia, Ukraine, OSCE, Chişinău and Tiraspol plus the United States and the European Union as observers).

Germany and the USA expressed their concern about the case. The American Government urged the Moldovan and Russian authorities to avoid escalating tensions and asked for a joint investigation into the case. “This incident highlights the need for demilitarization of the security zone to avoid similar occurrences in the future. We join the European Union in confirming our readiness to participate actively in discussions,” stated the U.S. ambassador to Moldova.

Many voices in Ukraine are urging Russian peacekeepers to leave the region. Andrei Parubii, a Ukrainian parliamentarian, said he saw similarities to tensions in Georgia. "There is the example of Georgia, which ended up in military conflict. That is why, as long as Transnistria keeps the Russian military, such incidents will continue to happen. It is in the interest of Ukraine to keep peace at its borders,” affirmed the politician.

Nina Stanski, the new head of the negotiation team of Tiraspol in the “5+2 format”, is not so optimistic that political negotiations planned for February will be possible. She told journalists in Tiraspol that negotiations might be cancelled due to provocation from Moldova. "Chisinau does nothing else but provoke Transnistrian with its demands for the replacement of peacekeeping forces with an international mission of civil observers, a demand that will never by met by Tiraspol.”

Moscow supports Tiraspol's position and considers the peacekeeping mission on Dnestr River to be a valid one, maintaining that a single tragic case should not undermine it. The Russian Foreign Minister, Sergey Lavrov stated in a press release that the Russian peacekeeper who killed the Moldovan citizen acted in accordance with regulations.