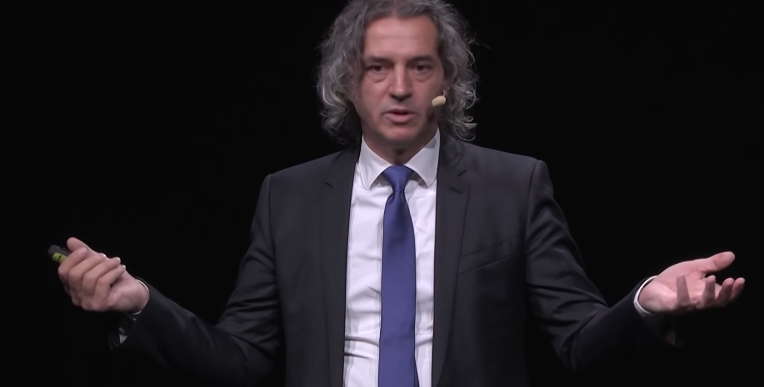 Robert Golob will be Janez Jansa's main antagonist in the political elections of next 24 April. He is the only one who seems to have the charisma to stand up to the master and father of the centre-right and his plans to bring Slovenia towards Hungary

Apparently, Robert Golob does not take notes in meetings and does not need a notebook to remember important things. He is described as a charismatic character who knows how to exercise authority, find excellent collaborators, and delegate, but also arrogant and with little patience.

A native of Gorizia, imbued with the local patriotism typical of those who live in that particular area of Slovenia, for a long time Golob was president of his district and also led the European group of territorial cooperation GECT GO, which promotes cross-border collaboration. Like most in Gorizia, he makes no secret of his profound anti-fascism, albeit with an ecological and even neoliberal imprint. From the very first outings he described his future politics as "a little left and a little right".

The obvious ambition is to find votes also in the centre-right constituency and above all among those voters who are fed up with the permanent "civil war" that is being fought between the political forces in Slovenia, as others have already attempted with oscillating fortunes. What is certain is that he will gather support especially in the vast liberal wing orphaned of the Liberal Democracy, which at every election is looking for a new leader to rely on.

As long expected, Golob will be Janez Jansa's main antagonist in the next elections, the only one who seems to have the necessary charisma to oppose the master and father of the centre-right and his plans to bring Slovenia towards Hungary and the rest of central-eastern Europe. On 26 January, he took over the reins of a small extra-parliamentary ecological party, which immediately changed its name to become the "Freedom Movement". The general secretariat of the party was entrusted to Matej Arcon, also from Gorizia, former mayor of Nova Gorica and one of Golob's collaborators at GEN-I, the electricity distribution company that he led until then. After failing to be confirmed as head of the company, Golob decided to return to politics. He had already been secretary of state at the time of Janez Drnovsek and later also vice-president of the party of mayor of Ljubljana Zoran Jankovic. He is a manager who has always been involved in politics. His successes include managing a company that has made a lot of money, while also allowing Slovenians to have controlled electricity and gas bills. Those who know him say that he did it with the deep conviction that he had to give something back to the community, but also out of a kind of self-satisfaction. In summary, he has become very rich for Slovenian standards, but has always paid taxes without seeking to escape his fiscal duties.

The centre-right will certainly target Golob – as Prime Minister Jansa has already done with a number of offensive tweets also playing on his surname ("pigeon") – but the centre-left is also worried as the new Movement could lose it many votes. In general, however, many on the left are happy with Golub running against Jansa.

In fact, Golob has immediately played that card by appointing Urska Klakocar Zupancic, a former judge of the Ljubljana court persecuted after posting critiques of Jansa, as party vice president. It also seems certain that he will recruit several figures ousted during Jansa's government.

According to analysts, should Golub win the next elections thanks to his charisma, he should have no problem finding allies to form his own government. Where fellow manager Zoran Jankovic tried and failed years ago, Golob might well succeed. The challenge will be to manage yet another unruly centre-left government and also to endear this eccentric character from the periphery to the country.

Will Golob get that managing Slovenia is a very different thing from running a company, where the boss says “jump” and the subordinates ask “how high”? The latter enthusiastically applauded him also in his last press conference, in which he illustrated the successes of GEN I and announced his intention to apply to the country the winning model with which he managed the company. So far he has been very good at managing "systems", and his vision of the world seems to be made up of "collectives" who follow his lead. How will he manage when he has to face the needs of citizens and accept the pluralism of society? Some do wonder whether Golub can turn from boss into leader and be able to deal with disagreement and conflict.