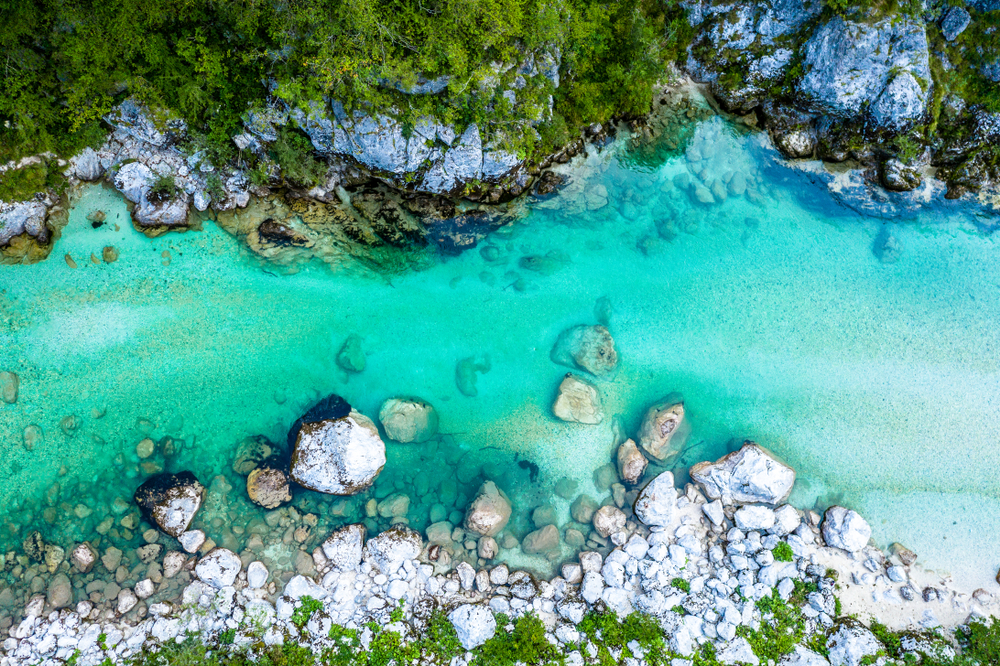 In Slovenia, along the Soca River - © Nuria Kreuser/Shutterstock

On Sunday 11 July, with an overwhelming majority — and a high turnout — the Slovenes rejected the new law on water, which would have made it easier to build along the banks of rivers and on the coasts. A heavy defeat for right-wing prime minister Janez Jansa

With almost 700,000 votes against and just over 100,000 in favour, the Slovenes rejected the new water law of the Jansa government. In the referendum Za pitno vodo ('For drinking water', as it was named by the environmentalists who proposed it) of last July 11, 46% of eligible voters showed up at the polls, more than twice the quorum for this type of consultation. An almost exceptional result in a country characterised by years of low voter turnout, which puts the country’s government in serious difficulty at the very beginning of its presidency of the European Council.

The referendum focused on some changes to the law that protects the country's water resources, approved by parliament at the end of March. The most contested point involved the possibility of building 'public infrastructure' near the banks of waterways and coasts, in areas so far granted almost absolute protection.

The amendments had been approved with a shortened procedure, while the more substantial changes had been introduced after the two weeks set aside for public discussion.

When the signature collection was launched last April, perhaps few would have bet on the environmentalists' success. With the pandemic raging and its heavy economic repercussions, Slovenes seemed to have other concerns. At a time when confidence in politics is at an all-time low, especially among young people – the category most sensitive to environmental issues – the quorum seemed difficult to reach.

Time also seemed to be working against the proponents. At the beginning of the campaign, the limitations on gatherings made it difficult to collect signatures and hold demonstrations; the Sunday of the consultation was a splendid sunny day, and the temptation to go to the seaside, to the mountains, or beyond the newly reopened borders was very strong.

Most of the election campaign was carried out by volunteers, often not affiliated with any organisation, online and through extensive leafleting, sometimes even via letters personally written to the activists' neighbours and delivered manually.

In the meantime, the referendum front was widening to involve sectors that are not normally inclined to take sides in politics, such as the Alpine Club, the scouts, and the fishermen and hunters' associations.

On a more institutional front, the University of Ljubljana and the Slovenian Academy of Sciences and Arts took position with an influential statement noting that increasing the possibilities of interventions on coastal land is "unacceptable in a moment in which the pressure on water and on the environment increases". Even President of the Republic Pahor, albeit without taking an open stance, made it clear that he did not like the reform and the ways in which it was proposed.

The referendum campaign, also amplified by the stance taken by musicians, actors, and artists, touched Slovenes on sensitive ground. The proponents were able to connect the protection of rivers with the health of the aquifers, from which the vast majority of the country's aqueducts draw. The conservation of nature, including the beauty of its lakes and rivers, is one of the distinctive marks of Slovenia, which is also one of the few countries in the world to have included the right to drinking water in its Constitution in 2016.

Between propaganda and fake news

If the referendum has heated the spirits so much, however, it is also because of the current government and its extraordinary ability to divide the voters. A close ally of neighbour Orban, Prime Minister Jansa has been accused of taking advantage of the pandemic to limit civil liberties in the country and in particular for civil rights and environmental organisations.

During the referendum campaign, according to the promoting committees, the government's positions monopolised the national media. Many activists report their Facebook and Instagram accounts being suspended on suspicion of spreading false news until a few days before the vote.

For Minister of the Environment Andrej Vizjak, much contested by the opposition for his past in the hydroelectric industry, the whole referendum campaign was just a sort of gigantic fake news. “With the amendment to the law on Water", he claimed, the government only wanted to "protect and further safeguard water resources".

The new law did eliminate the possibility of asking the government for special authorisation to build, in exceptional cases, along the coastal strip. However, the minister was careful not to point out that, with the new rules, being able to build right on the banks of rivers would become the norm and no longer the exception. He also failed to mention the fact that until recently, in a version of the new law that was later withdrawn, the government even wanted to authorise the use of "dangerous" substances in the areas of watercourse – a past hard to reconcile with the image of a government that fights for the protection of water resources.

Another contested terrain is that of flood protection. According to the proponents of the referendum and many academics, the newly authorised works would have hindered the outflow of water, increasing the danger of floods and entering into open conflict with the European Union Water Directive. The government, on the other hand, pointed out that the disputed article also provided for the allocation of 17 million Euros for the ordinary maintenance of the rivers.

Thus, for the government, the entire referendum campaign was essentially a hoax by opposers of "the government as such".

There is no doubt that on 11 July, at least in part, the referendum was on Jansa himself. While the opposition calls for his resignation, many expect at least a partial change of course. The prime minister, however, remains confident – at least in words. "No drama," he tweeted, then wondering, sarcastically, if a leftist government ever resigned for losing a referendum.

In any case, in the next six months, Slovenia will play an important role in the European agenda, including the Green Deal and the fight against climate change. To make themselves heard, the environmentalists could not have chosen a better time.