"Novi Sad on water", concrete and protests along the Danube 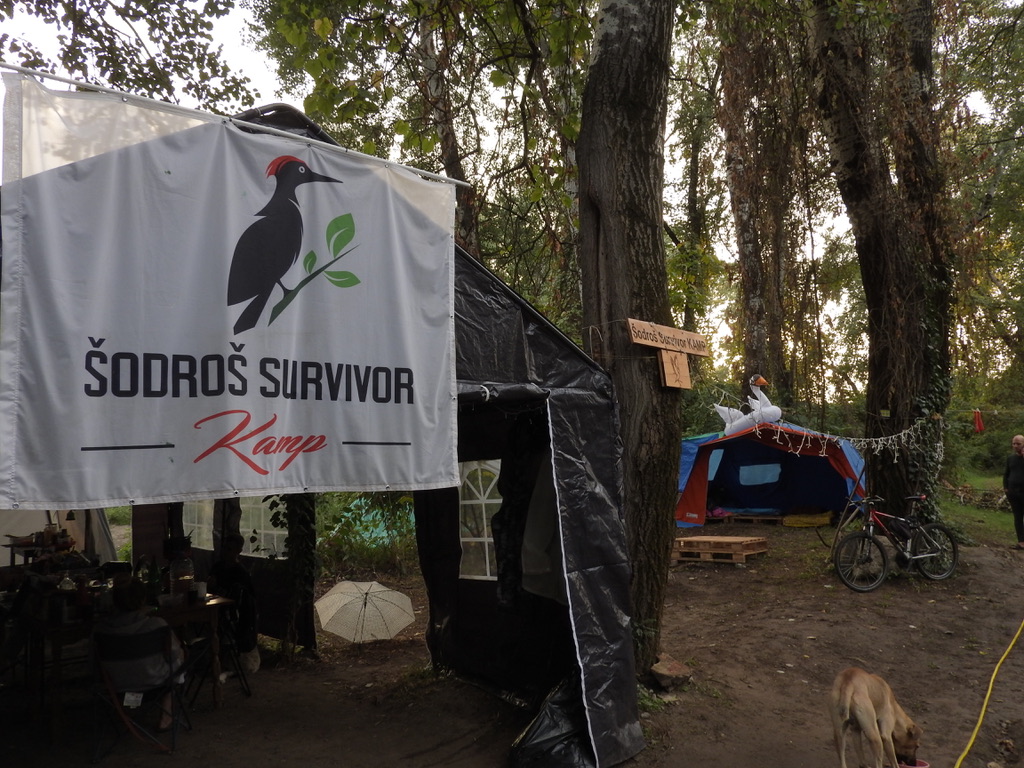 The garrison against the destruction of the Sodros forest - Marco Ranocchiari

After Belgrade, Novi Sad. The new urban plan threatens the banks of the Danube and a natural area that "lets the river breathe", essential in case of flooding. The city administration continues at full speed along the concrete road

The new urban plan of the city provides for a residential complex in a wet area on the banks of the Danube, crucial for the ecosystem and for the defence from floods. If for the mayor it is an operation necessary for urban development, for associations and activists it is a speculative move that will destroy one of the last green corners of the capital. Although the legal disputes are far from over, in June the bulldozers began cutting down a forest to make room for the construction site. They were temporarily stopped by a group of citizens who have been continuously monitoring the area ever since.

Three months in the woods

“It was a lady who lives nearby who warned us that they had started cutting down the trees in the Sodros forest. We arrived as soon as possible", say the activists in front of a pot simmering on a camping stove, between the tents hidden in the thick of the vegetation. Too late for three huge poplars, but in time to stop the bulldozers, at least for the moment. The activists presume they were sent by CRBC, the Chinese company contracting a new bridge over the Danube planned right there, but which had not yet obtained any authorisation to start the works. In fact, there was not even a definitive project and the General Urban Planning Plan (Generalni urbanisticki plan) would only be approved on 21 July and between street clashes.

"Koridori Srbije, the publicly held company that manages major road works in the country, dismissed the accident as a procedural error", says Nina Ciganovic, a law graduate and one of the activists who have been guarding the forest for over three months. The workers, she says, have returned several times, most recently on 18 September, but they have always found a group of volunteers to guard the area. During the summer, what is now known as Sodros Survivor Kamp hosted a number of concerts in the woods, educational workshops, assemblies, and even an improvised outdoor cinema. It was animated by a very diversified, largely spontaneous, and totally self-financed group of activists who, in addition to environmental causes, declare to fight for anti-fascism, democracy, and gender equality. Many are university students and ordinary citizens totally unrelated to street movements, but for whom the threat of the destruction of this green area was the classic straw that broke the camel's back.

The tiny forest of Sodros, like the lake of the same name (actually an abandoned bend of the Danube) and the river islands Kamenicka and Ribarsko, is located in a floodplain area, i.e. periodically submerged by floods, which for centuries  has protected the city centre, located about three kilometres downstream, from the most devastating floods.

For many citizens, this corner of lush vegetation and calm stretches of water populated by grey herons and migratory birds, just minutes from the chaos of the city, is a green lung that deserves to be protected.

The city administration, however, has other plans. In place of the forest, one end of the new bridge will rise, connected with the main arteries of the city. A little further east (where the area of a disused shipyard was promptly purchased by the Galens real estate company), the bulk of the new district will be built, now known as "Novi Sad on water", which should host residential buildings of up to twenty plans. Some stretches of water (in addition to Sodros also the Dunavac basin, less intact but very busy) should remain, but with concrete embankments and docks for boats they will have very little “natural” left. 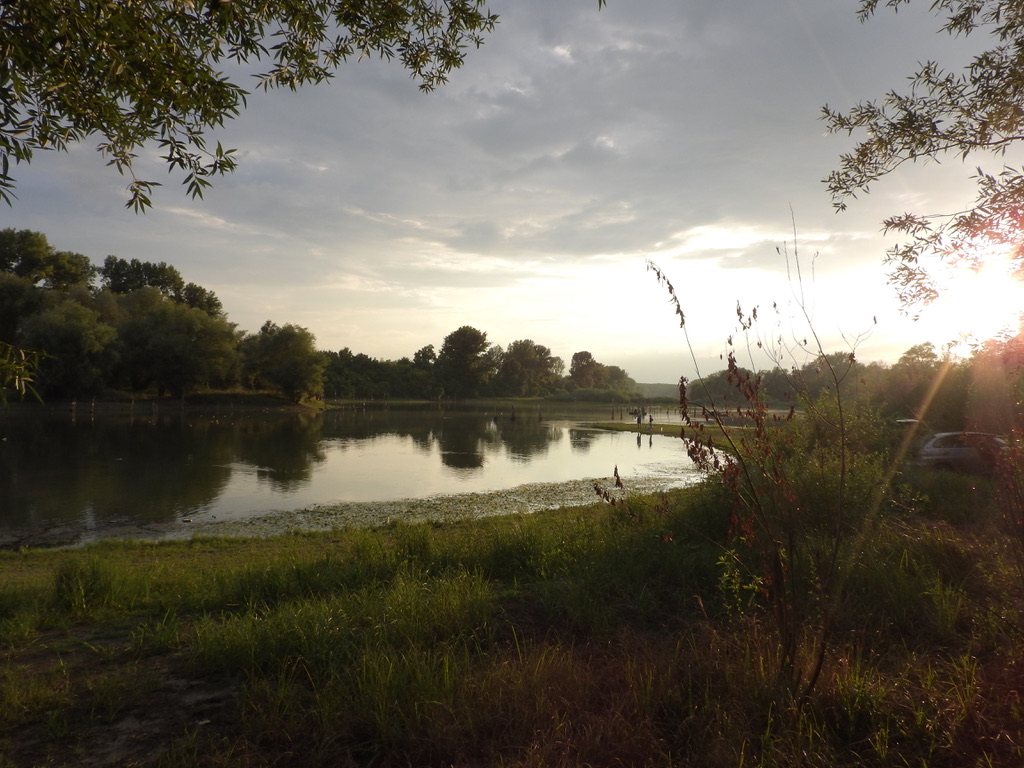 The area, obviously, can no longer be of fluvial relevance. It will be necessary to build a new barrier five kilometres upstream, which will further reduce the space destined for the river, and its effectiveness in flood protection is yet to be demonstrated.

Floodplain areas still in their natural state are now very rare in Europe, but they provide a fundamental reserve of biodiversity. Despite being a few hundred metres from the buildings of the populous Liman district, the Sodros area has been recognised as an ecological corridor of international importance, habitat of over 200 protected species. Although for over ten years there has been talk of establishing a natural reserve and a geosite in the area, so far nothing has been done. In the spring of this year, NGO “Svet i Dunav ” denounced the risks of urbanisation in the area at the Berne Convention for the conservation of wildlife. The response is expected this fall, but it may already be too late.

"Nobody will destroy the city, we are not handing it over to anyone, we are protecting it”, said Mayor Milos Vucevic, who assures he “sleeps peacefully” and that he will not succumb to the pressure of “a small group of people”.

The General Urban Plan was indeed approved on 21 July by a large majority. Outside the city council, however, demonstrators clashed with the police and many were detained.

Drafted with a delay due at least in part to the pandemic, the plan, which provides for the development of the city for the decade 2020-2030, was finally presented as a draft at the beginning of 2022, and in final form on 15 March. The details were disclosed very late, but citizens and associations still raised over 12,000 objections, virtually none of which was taken into consideration. Even the opposition of the Society of Architects of Novi Sad, which even suggested rewriting the plan from scratch, was ignored.

The body drafting the plan, the Novi Sad Institute of Urban Planning, however, assured that the project is based on "adaptive, inclusive, and flexible solutions, based on sustainable development" and justified by the fact that the capital of Vojvodina would be destined to a dizzying increase in residents over the next few years.

Overall, the plan provides for an increase in the building area from around 10,000 to over 11,400 hectares.

If the new residential areas are the most controversial aspect, a robust reorganisation of the road network is also planned, with the new bridge (the one that should pass through Sodros) joining the city centre with a new ring road on the other side of the river Danube: the Fruska Gora corridor, already under construction, also financed and built by a Chinese company.

The sudden change of opinion on the plan, from negative to positive, by the Public Water Management Company of Vojvodina, which coincided with an equally sudden change of director, cast further shadows on the matter. The same happened at the national level, as the prestigious Jaroslav Cerni institute, the country's leading water research organisation, came out in favour of the works after being privatised earlier this year.

For activists, "Novi Sad on water" looks more and more like "Belgrade on water", the mammoth urban restructuring that in recent years has defaced the capital, with skyscrapers built at the expense of the popular Savamala district and the substantially privatised riverfront. The UAE had financed the project. This time it is Chinese investors, who seem to be exercising an increasingly strong influence on the government of the country. But the result does not change: for the current administrators, the only road that connects the two main Serbian cities to their beautiful rivers is made of concrete.