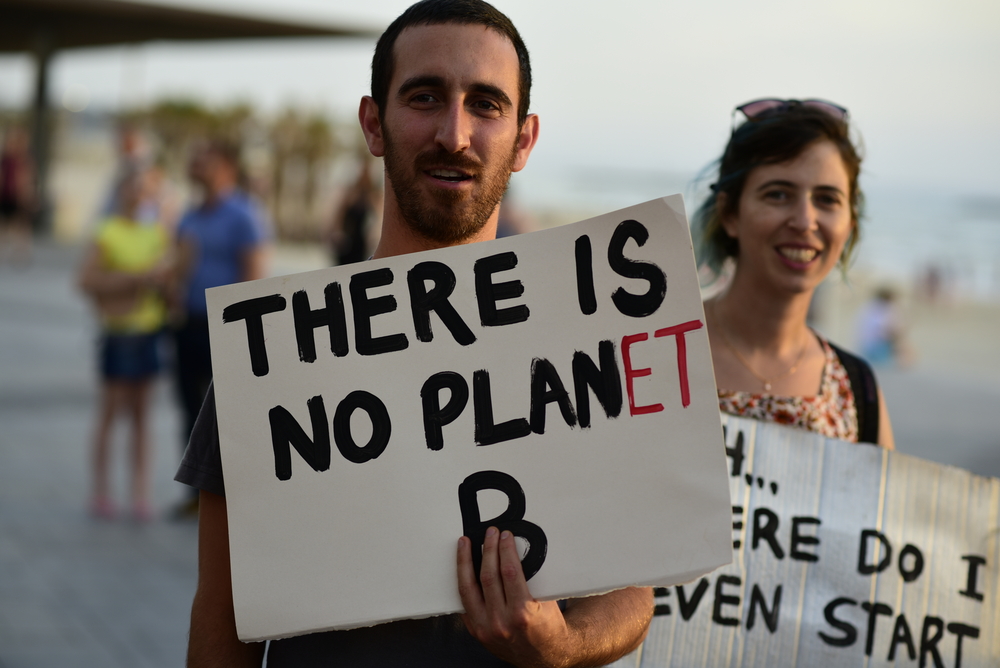 A survey by the H-Alter portal reveals local authorities' lack of interest in the increase in average temperatures. An exception is the city of Pula, which stresses the impact of climate change on people's lives

In July 2018 European Data Journalism Network (EDJNet) , a consortium of media from all over Europe, among which H-Alter and OBC Transeuropa, launched a large collaborative investigation covering 558 European cities and local responses to climate change. As part of the investigation, local administrations were surveyed to explore how cities respond to temperature increases. The survey also give an insight on the general attitude towards climate change in the different regions of Europe.

In order to compare the situation in different Croatian cities, at the beginning of July 2018 we sent the questionnaire to local authorities in Zagreb, Pula, Split, Osijek and Dubrovnik, asking them to participate in the research on cities’ responses to temperature increases and to challenges posed by climate change.

Since we didn’t receive any answer, we sent the questionnaire again. Only the city of Pula responded. In October we contacted several environmental associations in order to get more information for our research, but once again our request was almost completely ignored. Only the association “Eco Zadar” responded.

We sent the questionnaire a few more times, trying to get in touch with competent local authorities, but in December we came to the conclusion that we weren’t going to get any answer, and this is an issue unto itself and a sign of a big systematic problem we will come back to.

The case of Pula

In 2018, the city of Pula conducted a study entitled “Analiza procjene ranjivosti i rizika od utjecaja klimatskih promjena na područje grada Pule” [An analysis of evaluation of vulnerability and risks of climate change impact on the territory of the city of Pula], aimed at analysing temperature changes and variations in precipitation rate. As far as public health is concerned, the analysis showed that air temperature, especially extreme heat, affects mortaliy rate and contributes to development or worsening of symptoms of cardiovascular diseases.

“Temperature increase has already caused the appearance of new invasive insect species in our region, which represent a potential risks for transmitting new infective diseases but also for the re-emergence of old diseases that have been absent for a long time, and this is already happening in the neighbouring countries”, says the report.

Long droughts contribute to increase of fine particles in the air, thus affecting the air quality. The projected sea level rise and extreme weather events can cause damage to transportation infrastructure and affect road viability. The quality of urban environment in the city of Pula is based on favorable georgraphic location and good transport connection, thanks to a highway complex "the Istrian Y".

As far as tourism is concerned, to date no research has been conducted in Croatia on optimal temperature and temperature tolerance threasholds. The projected average daily maximum temperature during the summer and the projected numer of hot days suggest significant changes that can have a negative impact on tourism demand.

The study conducted by the city of Pula also showed that the modification of natural ecosystems, unsustainable use of natural resources and pollution represent the biggest threat to ecosystems and biodiversity. The changes in climate that have a direct impact on natural ecosystems and biodiversity on the territory of the city of Pula include: increase in average temperature, reduced volume and changes in distribution of precipitation, occurance of extreme weather events (heat waves, droughts, flouds, snow storms), and sea level rise. Rising sea levels can cause submersion of coastal areas and seawater intrusion into freshwater aquifers. The west and south coast of Istria are particulary vulnerable to climate change.

Although Pula’s local authorities claim they are undertaking measures on different levels to tackle climate change issues, most of these measures are merely cosmetic, since they don’t address the core of the problem. For example, the authorities claim that “considering a whole range of activities aimed to educate the population on a healthy lifestyle, as well as the fact that the city of Pula has high literacy rate, we can conclude that the population of the city is very well educated and prepared for future climate change impacts”.

The high price of deferred action on climate change

An analysis of over 100 million meteorological data points, conducted by the European Data Journalism Network (EDJNet), shows that every major city in Europe is warmer in the 21st century than it was in the 20th. Although these data refer only to temperature increases, they are a good indicator of climate change. As we have already written, the world is paying a high price for every year of deferred action on climate change. Climate change is a global and very complex problem and it cannot be effectively tackled without taking into consideration the dominant economic model.

Anoher significant problem is inadequate waste treatment. Croatia generates about 403 kilograms of waste per capita per year. Only 21.5 percent of waste is recycled, 0.1 percent is incinerated, and the rest, 78,4 percent, is disposed in landfills, while some countries – like Sweden, Denmark, Holland and Belgium – dispose in landfills only 1 percent of waste generated. In 2015, Zagreb gained a shamful title of European capital of waste , because of its inadequate separate waste collection system.

The city of Zagreb is dealing with many problems related to waste management, such as: unfair fees, non-comliant with law and based on volume of trash cans, instead of on amount of waste produced; lack of modern waste sorting and composting machines, criminal activities on informal landfills throughout the city (like Ježdovac landfill), inadequate reaction of competent authorities to frequent fires in CIOS facilities [company that provides waste collection and primary treatment services]. The waste management plan, adopted this year, is not in line with best practice, and it is harmful for citizens of Zagreb from a public health, economic, financial and ecological perspective.

Karepovac landfill is the only formal landfill in Split-Dalmatia County, opened nearly 60 years ago. It receives about 130.000 tons of garbage per year, and currently there are more than 7 million cubic meters of waste disposed. After years of neglect, ignorance and lack of planning, the landfill reached its limit capacity and long-awaited rehabilitation of the landfill site began too late. The citizens of Split became aware of risks posed by Karepovac landfill during a recent fire that spread to landfill and destroyed eastern parts of the city. As the association Sunce warned at the time, Karepovac landfill cannot and should not be seen as an isolated issue, and its rehabilitation will not solve all problems. Although landfill rehabilitation proceeds, there is still a problem of short term approach to waste management and the percentage of waste collected and recycled is still too low, not only in the city of Split but also in other parts of the country.

“Climate change is not something that is happening far away, or that will happen in the future. From the beginning of the year until June, more than 2000 fires have been reported in coastal areas. Wildfires threaten the safety of the population and cause inestimable damage to environment. 8 out of the last 10 years were among the hottest years ever recorded. Temperature records are continuously surpassed due to increase in carbon emissions”, said Greenpeace representative Petra Andrić in September 2018 in the occasion of the beginning of reforestation of areas burned by wildfires in Dalmatia, as part of the project Boranka.

Over the last 50 years, changing climate lead to significant changes in weather patterns, causing, among other things, floodings along major European rivers, which threaten agricultural production and infrustructure throughout the continent, according to an investigation published last year by the American magazine Science.

Probably the best indicator of weather extremes are floods that happened this year in Zadar, causing 1 billion kuna worth of damage (about €135,000), as well as the combination of wildfires and drought conditions in the area of Benkovac, followed by heavy rains and flooding.

Risks and consequences of climate change in Croatia

The report on estimated climate change impacts and vulnerability, commissioned in 2017 by the Ministry of Environmental Protection and Energy of the Republic of Croatia, refers to eight different sectors: hydrology, agriculture, forestry, fishing, biodiversity, energy, tourism, and space planning and risk management. For each sector is given an overview of its importance, current climate change impacts, and evaluation of impacts of climate indices until 2040 and 2070.

As far as water resources are concerned, the situation is expected to worsen, with more frequent and longer-lasting droughts, and more intense floods. Significant variations in water temperatures are also expected, which may have negative impact on ecosystem biodiversity.

As regards public health, extreme weather events can have a negative impact on chronic noncommunicable diseases and mortality rates, they can cause changes in the epidemology of transmissible diseases and affect air quality as well as water and food safety. “The quantification of environmental impacts on health and healthcare system represents a big challenge, due to complex interactions of environmental and other impacts on health and inadequate economic assessement of impacts of climate change on health”, says the report.

The dominant economic model needs to be changed

Although the predictions about climate change are very pessimistic, suggesting that we might soon surpass the 1.5°C target, there are still some actions that can be taken in order to mitigate the effects of climate change. As we have already written, the climate change problem cannot be adequately perceived without taking into consideration the dominant economic model. So far Croatian politician showed only declarative willingness to tackle climate change problems, which vanishes when concrete actions need to be taken.

The example of big cities, whose fight against climate change mostly consists of superficial sensibilisation campaigns and formal implementation of EU funded projects, shows that serious action are being taken only in case of big natural disasters or problems, such as the one related to Karepovac landfill. On the other hand, the example of some smaller cities, like Prelog or Zlarina , show that positive changes can be achieved without pressure from EU, by taking concrete actions, like introducing a ban on single-use plastic or stimulating the circular economy.

Time is running out, and we shouldn’t wait for another disaster to occur before taking the situation seriously.