The memory of courage and disobedience 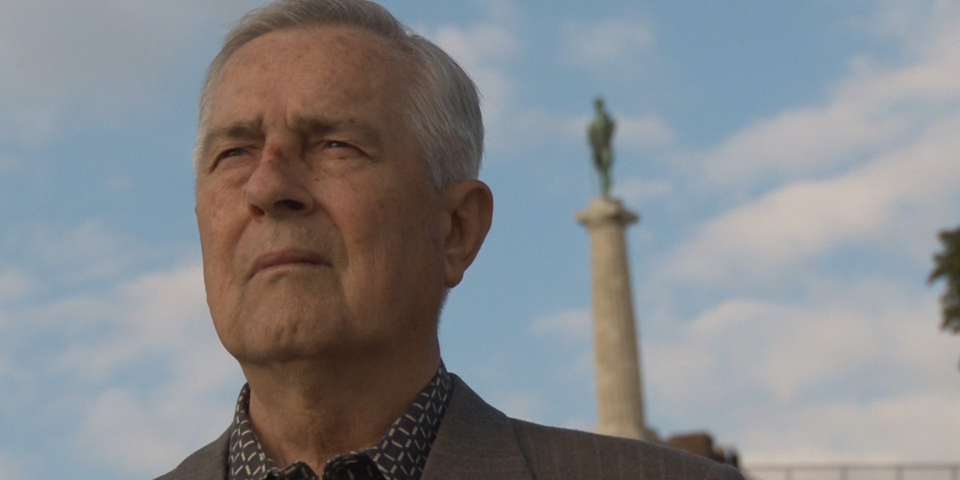 A general who refuses to fight to the last man, a soldier who saves the life of a soldier considered an enemy. What space is there in the public memory for these testimonies?

Not many high-ranking military officers are remembered publicly for having ignored orders, refused to hit civilians and withdrawn their troops. Not even the re-elaboration of memories at a European level, despite its leading to the questioning of nationalism and armed conflict as solutions to controversies on the continent, seems to have favoured a significant and widespread re-emergence of this kind of testimony.

The debate about the remembrance of World War I, particularly in the years commemorating its centenary, has registered a growing interest in the phenomenon of conscripts deserting from the trenches. Institutional memory however has difficulty recognising experiences of disobedience, above all at higher levels in the chain of command, wishing to safeguard the integrity of the military institution.

If situations where political legitimacy was built through a traumatic reversal of the system are excluded – as in Germany after World War II – few European countries have publicly recognised military personel who refused to obey when it came to controversial episodes in their national past.

Vlado Trifunović: from disobedience to testimony

On 15th January 2017, at 79 years of age, Vladimir (Vlado) Trifunović, a retired General in the Yugoslav People's Army (JNA), died. His funeral took place in his small home town of Rakelići, near Prijedor in Bosnia Herzegovina, in the presence of around a hundred people. In recent weeks however, the figure of Trifunović has been widely debated by the mass media in all the countries of the area and the episode which saw the General as protagonist in the the first months of the wars of the dissolution of Yugoslavia has returned to centre stage.

In the summer of 1991 Trifunović was in command of the 32nd Corps of the JNA stationed at Varaždin in Croatia. Following the declarations of independence and at the outbreak of hostilities in September, the forces of the Croatian National Guard put his barracks under siege. Trifunović was blocked inside with 220 soldiers and 60 officers, without water or electricity. The order from Belgrade was to resist and fight without sparing the town. Trifunović, on the contrary, chose the method of dialogue with the Croatian authorities and, after ordering arms to be laid down, was able to return to Serbia freely with his men on September 22nd.

In Serbia he was arrested together with his closest officers. In December 1994, after two acquittals, the Belgrade military tribunal condemned him to eleven years for treason and for having consigned arms to the enemy. He was able to leave prison in 1997 thanks to an amnesty invoked by several members of civil society and conceded by the then Yugoslavian President Zoran Lilić. It was not until 2010 that he obtained a complete acquittal. Trifunović defined himself as “the only General who was condemned by Croatia as a war criminal and by Yugoslavia for not having committed any war crimes”.

In fact in Croatia he was given 15 years' imprisonment and his trial was reopened in 2013. He was not even spared by Slovenian justice which charged him with crimes committed in the ex-republic of Yugoslavia, though eventually finding him innocent.

Over the years, despite the difficulties, Trifunović never stopped searching for justice, telling his story in books and interviews, defending what he did: “I was neither born for nor have studied for committing crimes or destroying people. Serbia, at that moment, did not need men alive so much as dead heroes to be proud of and to ennoble their history. It should be remembered that those left with me were the sons of the poor. All the others, those who had property or knew someone important had been pulled out beforehand”.

In Sarajevo, in 2014, Vlado Trifunović was presented the Duško Kondor award “for civil courage”.

In the public memory of the countries which experienced the wars of dissolution of Yugoslavia, the testimonies of those distinguished for their sacrifices in trying to stand up to the ethno-national cleavage remain marginal, when not openly contested. Even so, over the years such stories have found some space for transmission.

Numerous testimonies of civil courage have for example been collected and published by Svetlana Broz. Others have worked for the public recognition of people such as Josip Reihl-Kir who was assassinated for his role in mediating between the Croat and Serb communities in Osijek, and again for Tomo Buzov who paid with his life for an attempt to save Bosniak citizens and to whom a commemorative plaque has recently been dedicated in Novi Beograd.

The merit of some actions has now received the first forms of recognition by local institutions. The best known and less disputed case is that of Srđan Aleksić – today several streets in Serbia, Bosnia Herzegovina and Montenegro bear his name. His story has begun to transcend the boundaries of the region as a universal example of civil courage. It has been accorded space in newspapers and publications in various countries and been recounted in a graphic novel. The acclaimed film Krugovi (Circles, 2013) has boosted its international visibility. Moreover, the coincidence between the date of his death – January 27th 1993 – and the International Holocaust Remembrance Day, the foremost shared remembrance at the European level, also favours wider associations and reflections.

However, for a high ranking officer is much more complex to obtain public recognition of the bravery of an act of disobedience. As a General in the Yugoslav People's Army, Trifunović was seen as an enemy in Croatia and Slovenia, while in Serbia – once released from prison - he was marginalized, treated with hostility and he even underwent threats. On his side stood the journalists , activists and political personalities who continue today to work for the recognition of his bravery. But that did not help him get back the rights he lost after 1991, obliging him to live for years in a small hotel room.

The figure of Trifunović, on the other hand, clashes with what is considered the Serbian military tradition. One needs only remember Major Dragutin Gavrilović, celebrated for his speech to his men on the occasion of the battle of Belgrade in 1915: “Soldiers! Heroes! The supreme command has cancelled our regiment from its registers. Our battalion has been sacrificed for the honour of Belgrade and the fatherland. You need not worry for your lives – they no longer exist”. Nenad Lj. Stefanović, a journalist who worked over a long period on the Trifunović case, has recently revealed : “Since the changes of October 5th 2000 at least three Defense Ministers have explained to me that it is neither easy nor popular to repair the injustice committed against Trifunović and talk of his accommodation or his pension. In the army the majority still think that, in Varaždin, Trifunović should have died with his men”.

In the days of Trifunović's departure, criticism similar to that addressed to him in the Nineties reappeared, but so did expressions of appreciation, including a proposal to name a street in Belgrade after him. His testimony in the course of recent years has contributed to the re-emergence of similar experiences encountered by other high ranking officers in the Yugoslav People's Army. Among these was the case of the Montenegrin Admiral Vladimir Barović who opposed the bombardment of the Croatian coastal towns and who took his own life, and also Dragoljub Bocinov, an Admiral of Macedonian origin, who was imprisoned for refusing to shell the city of Split.

These people found themselves caught between loyalty to what remained of the Yugoslavian federal structures and the difficulty of accepting the idea of striking the people they were supposed to be protecting. This all took place in the context of an army whose aims, reference values and even composition (given the desertion or purging of non-Serbs) were rapidly changing.

Perhaps, as Ljubica Spaskovska , researcher at the University of Essex, has recently observed, “an old stigma has finally been removed”. Certainly, compared with the experiences of civilians, these kinds of testimony presented by the top military are forced into smaller and disputed spaces. Nevertheless, the re-emergence of such episodes may offer a special contribution, less conditioned by national rhetoric, to the remembrance of the Yugoslav wars.