Serbia: the case of journalist Stefan Cvetković and the absence of institutions 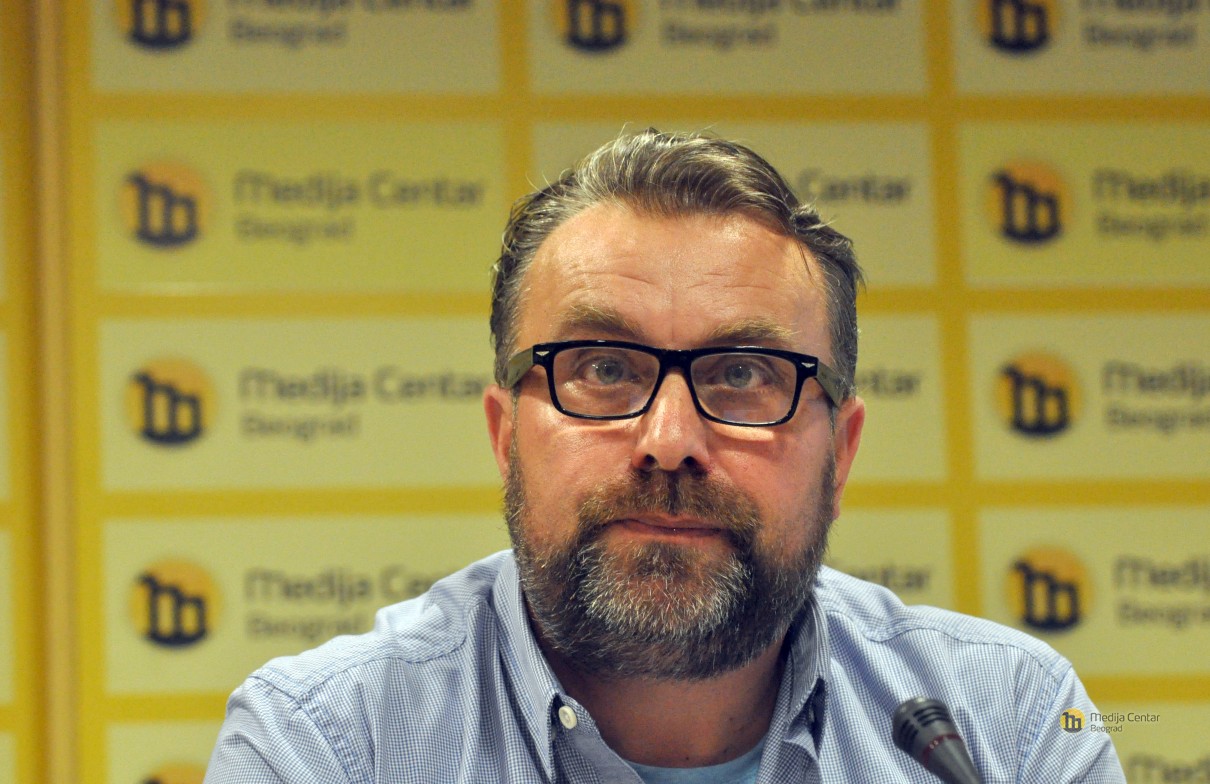 A journalist disappeared, and then was back after days of searches. Public opinion and fellow information professionals held their breath, while the weakness of institutions was exposed

It is still unclear what happened to journalist Stefan Cvetković from the moment he dissapeared until two days later, when Serbian president Aleksandar Vučić announced that he was found. What is clear, however, is that Serbian political leadership took the role of the judiciary, because representatives of the political power were the ones disclosing the results of the investigation, interpreting the evidence and claiming that there was a special war going on against Serbia.

During the press conference which took place in Belgrade on Tuesday, June 19th, Stefan Cvetković gave his version of the story, full of contradictory and unclear details. He affirmed that he was kidnapped on the night of June 13 by three unknown men, who held him hostage in an unknown location, and then let him go on Friday, June 15th. He said he doesn’t know why he was kidnapped. In the meantime, the public prosecutor’s office opened an investigation against Cvetković, suspected of falsely reporting a kidnapping.

News of a "criminal homicide"

Cvetković is not widely known for his journalistic work outside Bela Crkva, the town where he lives, located in north-east Serbia. According to data from the Independent Association of Journalists of Serbia (NUNS), Cvetković has reported on several occasions threats that, in his own words, he has been receiving from political and criminal circles.

The day Cvetković disappeared, the main Serbian journalists’ organisations reminded that he had been investigating, among other things, the murder of Kosovo Serb politician Oliver Ivanović that happened in January 2018. Shortly after Ivanović’s murder, in February 2018, Cvetković publicly disclosed his revelations about alleged responsibles, claiming that Ivanović has been killed for 40.000 euros and that criminal groups were involved in the assassination.

The veracity of his claims has been called into question, and soon afterwards some media reported that a man Cvetković reffered to as one of the responsibles for the murder is actually a Canadian blogger.

Serbian citizens remember very well all unsolved murders of journalists that occurred over the past few decades. Still today, journalists in Serbia are a constant target of threats and pressures, so strong concerns about Cvetković’s disappearance – expressed not only by Serbian journalists, but also by numerous international organisations – were entirely logical and adequate.

Serbian authorities reacted by mobilizing large police forces on the territory of the municipality of Bela Crkva. The search for Cvetković, which lasted more that 30 hours, involved numerous divers, dog squads and helicopters. The public was relieved when Serbian president Aleksandar Vučić announced in a press conference that journalist has been found alive and unhurt.

All other statements made by president Vučić and by Interior Minister Nebojša Stefanović, as well as the actions carried out by competent authorities and the behavior of pro-government media, suggest that Serbia’s state institutions are being demolished.

Instead of the competent prosecutor, it was president Vučić who revealed the results of a preliminary investigation. He talked about traces found at the site of alleged kidnapping, claiming that Cvetković – whose testimony he defined “strange” – has received 16 calls from Kosovo before disappearing.

Interior Minister Nebojša Stefanović commented in detail alleged incongruities in the testimony that Cvetković released as the injured part. He also revealed some “false responses” that Cvetković gave during the polygraph examination, concluding that “it is clear that there were several persons involved in the whole thing”.

Soon afterwards, some media published the contents of charges that the prosecutor’s office pressed against Cvetković, suspecting him of simulating his own kidnapping.

The chief of police Vladimir Rebić declared that Cvetković made numerous illogical affirmations during the press conference, contradicting the results of the analysis and verifications carried out by the police and the prosecutor’s office. At the same time, he confirmed that Cvetković was assigned police escort which will protect him until all potential threats to his safety are removed.

After these contradictory affirmations, it remains unclear what might have been the motivation behind the kidnapping that Cvetković claims it has happened, or rather why he would have invented the whole story, as the police and the prosecutor’s office suspect.

Serbian high state officials and pro-government media don’t seem to have many doubts about the whole matter. As soon as president Vučić announced that Cvetković was found, media were flooded with news reporting about what Cvetković had said to police, about his relationships with some misterious businessmen and opposition politicians, etc.

The editor-in-chief of tabloid Informer, who brags about being Vučić’s friend, said during a popular morning tv show that there is a special war going on against Serbia, claiming that the alleged kidnapping of Cvetković is part of the conspiracy aimed at provoking chaos in the country.

President Vučić declared that over the last few days Serbia was exposed to “serious attacks and different actions aiming at the destruction of its internal order and its institutions”, adding that he was sure that the country would continue to suffer pressures “both external and internal”, as a crucial moment in resolving an important question – the one concerning Kosovo’s status – is approaching.

Minister of Foreign Affairs Ivica Dačić also warned the public, saying: “Over the last few months we have witnessed the proliferation of fake news [...] It’s all part of the attempt to destabilise Serbia using special war methods”.

Serbian People’s Party (SNP), whose leader is Minister for Innovation Nenad Popović, even went as far as to propose creating a workgroup to combat fake news. The promoters of the initiative reminded the fake murder of Russian journalist Arkady Babchenko recently staged in Kiev, arguing that, just like Russia, Serbia is in the crosshairs of foreign intelligence services, because of the Kosovo issue.

There is well-founded concern that – in a situation where state officials are chasing fake news while at the same time continuing to produce them on a daily basis – independent media and journalists could become target of new attacks. Every legitimate criticism might be interpreted as part of the conspiracy; every new threat and act of intimidation against journalists will be compared to Cvetković’s case and, consequently, its veracity will be called into question. Political leadership has the last say and, in the absence of functioning institutions, it will pronounce the final verdict.