Between defiance and compliance: a new civil society in the post-Yugoslav space? 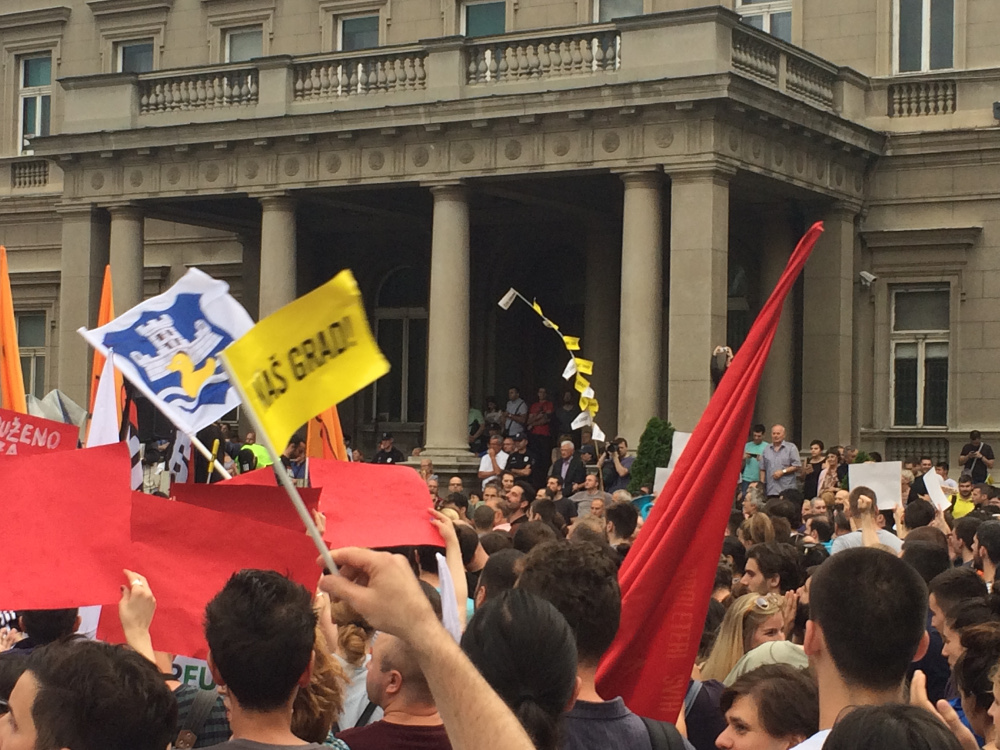 The civic initiative ’We won’t let Belgrade d(r)own’ brought thousands of people on the streets of the Serbian capital in the last months. An Occasional paper

In the past couple of years we have witnessed the rise of new initiatives in the post-Yugoslav space. From the workers uprising, students mobilization to protests for defense of common goods, these initiatives seem to speak to the emergence of a civil society that is critical of neoliberal capitalism and the dominant model of post-socialist transition.

This paper examines one such ongoing initiative, dubbed ’We won’t let Belgrade d(r)own’, against a big construction project on the river banks in Serbia’s capital, analyzing its discourse and some elements of its practice, such as networking, forms of action, knowledge production and funding.

While this mobilization appears as an attempt to move away from the liberal NGO model and to introduce structural and class issues as notions around which political action can be waged, it emerges that at the same time it relies on, and draws from, the liberal civil society practice and dominant transitional discourses.

A contribute to better understand the ‘new wave’ of mobilizations and their emancipatory potential.