Political instability in the Balkans: the remedies are long-term 11/07/2017 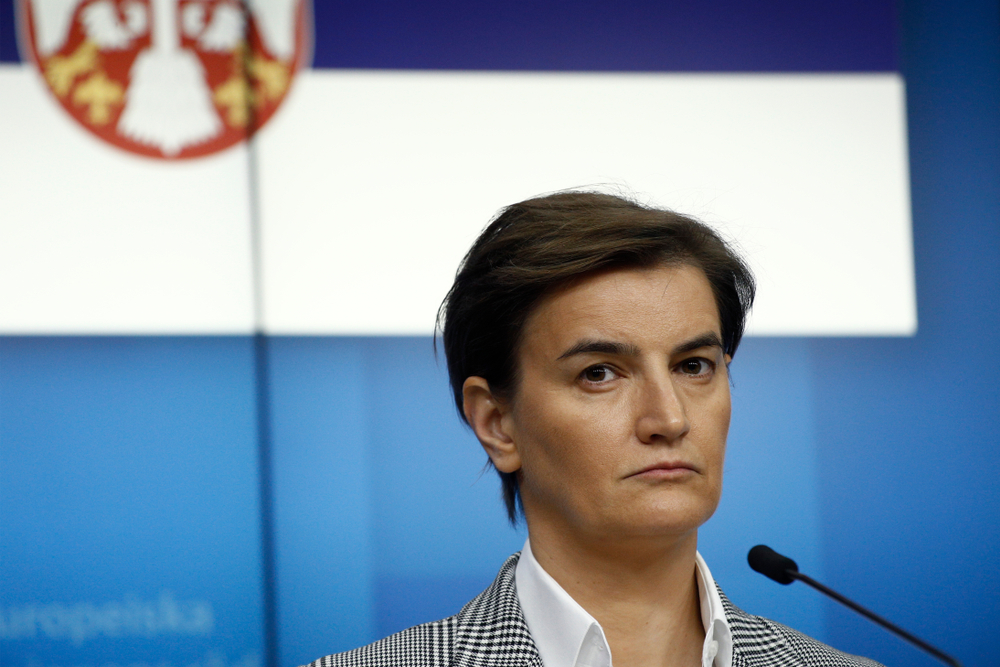 The fact that the Serbian prime minister recently had a child from her partner does not make her legally a parent. In fact, Serbia lacks a law on same-sex marriages. Could this be the chance?

It had been some time since an event in Serbia had received such attention on the international and regional media as the recent news that the partner of Serbian prime minister Ana Brnabić gave birth to a child. Ana Brnabić's office confirmed that last February 20th Milica Đurić gave birth and that she and little Igor are healthy, while Brnabić postponed the meeting with the officials of the European Commission scheduled for that day in Brussels.

"Ana Brnabić is among the first heads of government to have a child by her partner while in office [...] and the first in the world in a same-sex couple", said the prime minister's office to the Agence France Press.

Prime minister Ana Brnabić has already earned her place in Serbian history. In addition to being the first woman to lead the government in Serbia, she is also the first openly LGBT person to hold this position. Brnabić's sexual orientation was made public by Serbian president Aleksandar Vučić when he decided to appoint her in June 2017. Western officials greeted Brnabić's appointment as a sign of progress, while critics of the Vučić regime interpreted it as a marketing move calculated to appease the West.

This thesis is also corroborated by the fact that neither Vučić nor any official of his Serbian Progressive Party (SNS) has ever publicly condemned the homophobic attitudes of many members of the ruling coalition, including some ministers. When a children's book on same-sex families was presented in Belgrade in May 2018, published by a Croatian publishing house, Minister for Innovation and Technological Development Nenad Popović tweeted: "We must immediately put an end to this. We must stop those who want to convince us that there is nothing wrong with the fact that Roko has two mothers and that Ana has two dads".

The prime minister criticised Popović for his statements, saying that he "offended a part of Serbian citizens" and adding that she would like her government's ministers to devote more of their time to their work rather than expressing personal opinions on issues outside their competence.

When Ana Brnabić became prime minister, Serbia's LGBT community expected that, in addition to participating in the Pride and other public events together with her partner, she would commit to countering discrimination against LGBT people. The arrival of an openly lesbian woman at the government was an opportunity not only to send a strong message of tolerance, but also to propose and approve laws protecting LGBT rights – an opportunity that the leadership in power has failed to grasp.

Although she has been living with her partner for nine years, the Serbian prime minister is not legally a parent of her partner's child. The Serbian constitution defines marriage as a union between man and woman, and civil unions between persons of the same sex are not legally recognised. Furthermore, access to medically assisted procreation is forbidden for both same-sex couples and single women, and women suffering from diseases of the genital system, who do not have the possibility to freeze their eggs before surgery, are also discriminated against. Surrogate motherhood is also forbidden, therefore fostering the black market for surrogacy. Adoption is only allowed for heterosexual couples.

If the unofficial information – according to which Brnabić's partner had her child thanks to assisted fertilisation performed abroad – is true, the prime minister and her partner have violated several laws in force in Serbia. However, this issue has attracted little attention from the Serbian public opinion, which is essentially split between supporters and critics of Brnabić.

Vučić congratulated the couple and criticised the citizens who have posted ironic comments on social networks. He was particularly harsh against actor Sergei Trifunović, recently elected president of the Free Citizens' Movement (PSG, a civic opposition movement) and one of the main protagonists of the protests against the government that have taken place throughout the country for almost three months.

During a morning broadcast on TV Prva, one of the country's most popular TV stations, Vučić commented on some tweets where Trifunović joked about Brnabić, so the focus shifted from homogenitoriality to the political clash between Vučić and Trifunović, that the tabloids went on about for days. Vučić did not miss the opportunity to once again criticice the opposition, dismissing it as "scum of the false political elite".

On the other hand, the opposition – which for months has been taking to the streets to ask for the reform of the electoral law, respect for media freedom, and protection against state violence – has shown no interest either in the issue of discrimination of same-sex couples and people who cannot have children in a natural way or in the fact that the prime minister has probably violated a number of norms.

Focused on other issues, such as the Kosovo question, Vučić's opponents behave as if the premier's same-sex partner giving birth to a child was a purely private matter, rather than one of relevance in the public debate.

This situation is explained by the fact that many opposition parties are conservative, or even right-wing, or are simply not willing to face issues that do not attract easy consensus. In Serbia, tolerance towards the LGBT community is reduced to supporting demonstrations such as the Pride, while homophobia and violence against LGBT people keep rising.

Civil society organisations regularly publish data on discrimination against LGBT people. The premises of Belgrade's Pride Info Centar, an information centre on LGBT issues, were targeted three times in the last two months only. Some of these incidents occurred during protests against the government, and protest organisers and opposition leaders condemned the assaults.

At the beginning of her term, Ana Brnabić declared that Serbia is neither a conservative nor a homophobic country. However, the absurd situation she has found herself in – forced to violate the law to allow her partner to have a child, without however having legal parent status – could now contribute to speeding up the approval of a law, announced several times, which allows same-sex marriages.