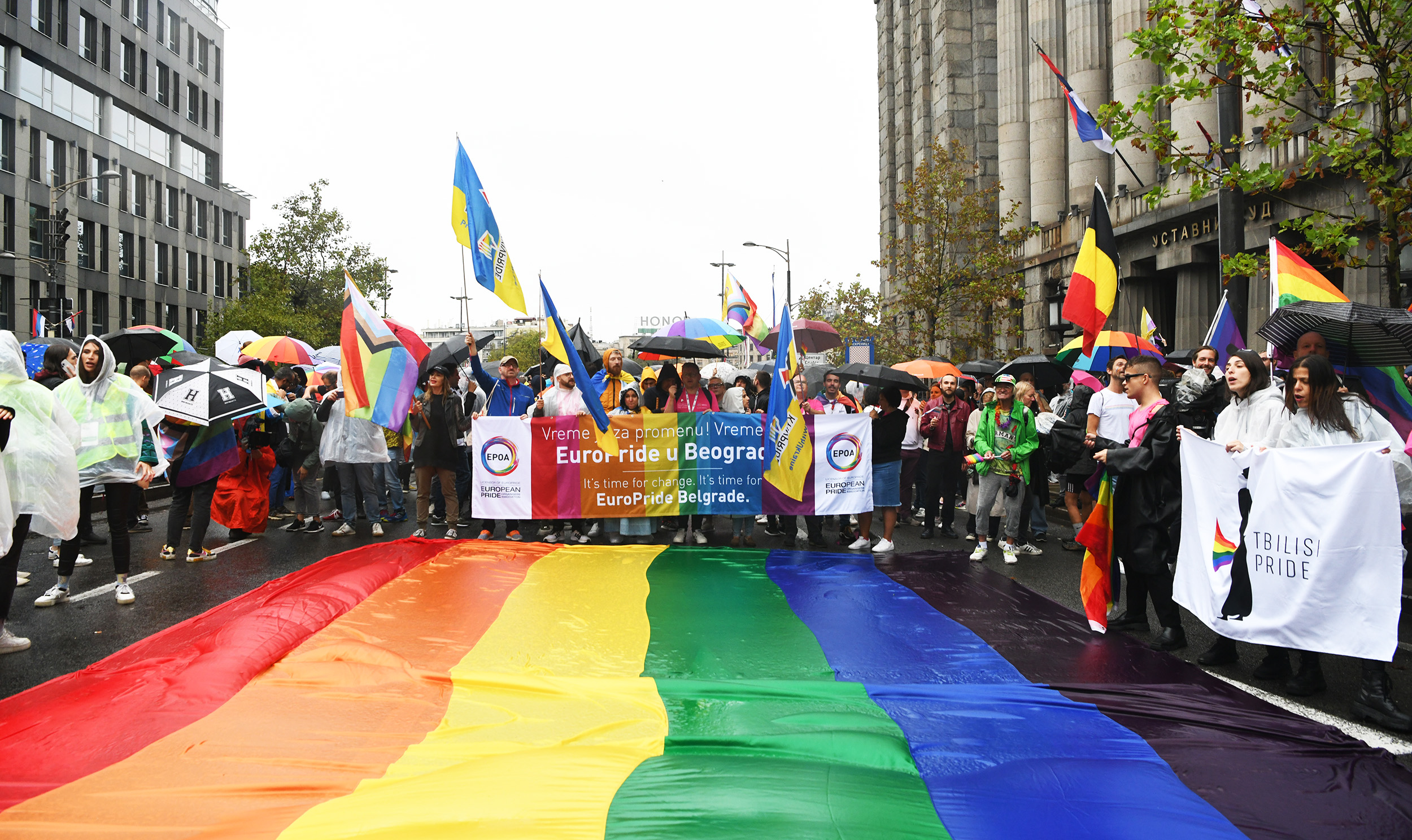 Despite government bans aimed at limiting the LGBT demonstration in Belgrade, over ten thousand people marched through the streets of the capital on Saturday 17 September. Can we therefore speak of a success? Yes and no, as explained by Goran Miletic, director of the Europe and MENA Office at Civil Rights Defenders and one of the Europride organisers

Last Saturday, thousands of people marched in downtown Belgrade for Europride 2022 , the flagship event of the LGBT+ community in Europe. Initially, the march was prohibited by the Serbian government, which feared clashes with hooligans, nationalists, and ultra-Orthodox extremists. "In fact, President Vucic fears above all that the far-right parties – satellite parties of his SNS, not a real opposition – will end up gnawing at his electoral base, as happened in the last elections, taking advantage of events such as gay pride", explains analyst Srdan Cvijic. Eventually, the parade was authorised, but in the form of a "private walk". For some participants, such as German MP Boris Mijatovic , "Serbia has taken a huge step backwards in terms of human rights" and "we were puppets in Vucic's theatre". Was the Europride in Belgrade a success or not? We talked about it with Goran Miletic , director of the Europe and MENA Office at Civil Rights Defenders and one of the Europride organisers.

How did the Europride go? Are you satisfied?

I received a lot of positive comments, so I would say it went well. We are happy that it happened and that there was a march. In short, if we listen to the so-called “vox populi”, it went well. Personally, what I liked is that this was the biggest Pride so far in Belgrade, with about 10,000 participants, if we also consider those who came to the concert in the evening. The programme went on entirely without problems, it lasted a week, with two great concerts and many guests. On the other hand, however, the negative aspect is that we could not follow the path we had initially chosen, that there was discrimination, that we had to make concessions, agreeing to change the path of the march and continue despite a formal prohibition. This was awful, but we still found a legal way to move forward.

How do you explain the behaviour of the Serbian government? Why did it ban the march?

Initially it was the president, although he is not authorised to make such decisions. Only we, as organisers, can postpone or cancel the event. We reacted by saying that we would neither postpone nor cancel. Then, the Ministry of the Interior formally banned the demonstration, we presented an appeal, but the court rejected it... So it emerged that the state institutions did not want to allow the Pride in any way. Eventually we found a legal solution, informing the authorities that we would gather in front of the Constitutional Court and that from there we would walk to the Tashmajdan stadium [where the concert was scheduled in the evening, ed.]. It is a path that is not very long, but which allowed us to circumvent the ban and the police gave us the green light. In practice, we did a legal stunt, but officially the Pride was banned for the government.

Isn't it paradoxical that a government led by an openly lesbian Prime Minister has sabotaged the organisation of Europride?

Serbia remains a homophobic country. More than 55% of citizens think homosexuality is a disease. This is a shocking fact. Precisely for this reason the Pride is important, to show that we have neither horns nor tails and that we are normal people. There are many contradictions in Serbia: the Prime Minister is part of the LGBT community, some laws are OK, but their implementation and what citizens think on some issues are at a terrible level. However, things change. For example, 82% of citizens think that LGBT people should enjoy the same rights as other people. Furthermore, 76% believe that same-sex couples should be guaranteed the same rights in hospitals. In short, Serbia is a country in which different, apparently contradictory points of view coexist. Finally, only 3% of citizens agree with violence against the LGBT community. So yes, many contradictions, but it is above all important how political figures position themselves on these issues.

In recent years, the Pride had taken place in Belgrade without incidents... is this year's to be considered a step backwards? 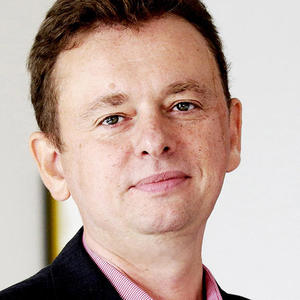 For the past eight years, the Pride has taken place in Belgrade peacefully and without any incidents. Unfortunately, this year there was instead an incredible atmosphere, for which we are not responsible. Some irresponsible individuals tried to gain political points by violating human rights. Why so much opposition this year? The formal reasons are linked to the fact that this year it was a "Europride" with an expected turnout of 15,000 people. But those who opposed it were unable to make the guests desist or stop the Pride. It was a weird and noisy campaign by a minority.

Do you think Saturday's demonstration helped advance the battle for LGBT+ rights in Serbia?

Pride always helps, sure. It is not possible to achieve a good standing of the LGBT community without visibility. You can vote for laws, talk about tolerance, but nothing will change until people see LGBT people in public space, on television, and as citizens with equal rights. This visibility is important and cannot be bypassed. So in any case it helps, there is no doubt, and we must continue to organise it, to show that we are friends, citizens, that we have the same problems as others, but in addition to those, also the problem of being part of a minority such as the LGBT one.

You said earlier that "Serbia is a homophobic country". Is Belgrade different?

Belgrade is a large city, the largest in this region, with two million people. It is easy to have your own circle of friends here. Belgrade is a tolerant, peaceful city, where it is easier for members of the LGBT community to live. Also in Novi Sad, somehow. But all the other towns are small and it is very difficult for LGBT people to have a normal life there. In fact, it is impossible to be openly gay, or admit it to someone without fear of being mistreated and rejected.

What remains to be done in Serbia regarding LGBT + rights?

These are the same objectives we have had for five years: to lobby for a law on civil partnerships, a law on gender identity... The fight does not certainly end with Pride and the march does not change things, it serves to attract the attention, to show why we demonstrate and what we ask for. It is important to both celebrate and protest. But if we want real change, we need a dialogue with the government.

Are you optimistic about dialogue with the government?

Well, it is not black or white. There is progress and setbacks. In some moments, during the preparation of the Europride, there were terrible moments in the dialogue with the government, for example when we were told that there would be no march, in any way. We stood tall and replied that without a march there would be no Europride in Belgrade, because you cannot pretend that two conferences are enough to call it Europride. There has to be a march. In short, it was very difficult but we managed to achieve something acceptable. It would be easy to close doors and burn bridges, but I think we must continue to dialogue with the government. Of course, not everyone has good intentions, neither in the government nor in the opposition, but we cannot afford the luxury of not talking to the government.