A lesson in queer 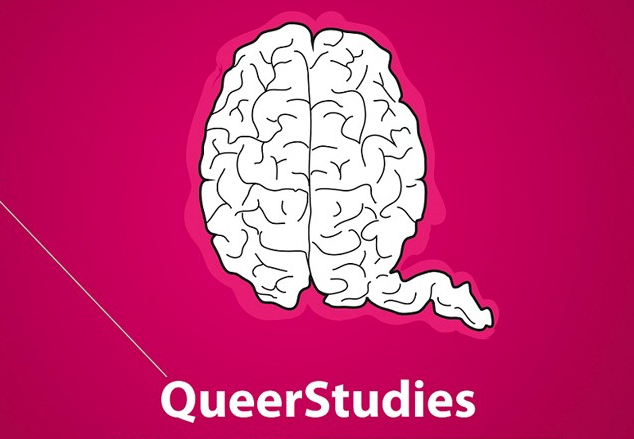 In Belgrade the second edition of the queer studies course just ended. It discussed unconventional perspectives, marginal identities, and emancipatory practices. Osservatorio met with philosopher and activist Dušan Maljkovic, coordinator of the course

A brief history of the word itself can help understand, at least intuitively, what “queer” means in the context of queer theory and social practice. Originally an anti-gay epithet (in English it means strange, non-compliant, abnormal), from the 90s onwards the term has been reclaimed to indicate those forms of knowledge and social action that challenge heteronormativity (i.e. the naturalization of heterosexuality as the “normal” expression of sexual relations) and, more generally, any kind of dominant norm. The word queer has thus become “liberated” from its negative, discriminatory meaning. Similarly, queer theories and approaches seek to help individuals and groups that are oppressed and regarded as “abnormal” emancipate themselves and reaffirm the value of their identity.

The conversation on queer theory in Serbia started in the early 2000s, and namely with a series of seminars held by theorist Miodrag Kojadinović in 2001. In 2011, after a ten-year break, a course in queer studies was organised by the Centar za Kvir Studije at Belgrade's Institute of Philosophy and Social Theory. The second edition of the course was completed recently. Its 28 meetings, attended by dozens of students, have spaced from the development of queer theory to the relationship between queer and sexuality, religion, politics, art, and natural sciences (link to the program: www.cks. org.rs/2012/11/program-kvir-studija/). Osservatorio met with course coordinator Dušan Maljkovic to take stock of the experience.

What is the importance of queer studies in the context of today's Serbia?

Doing queer studies is important in the first place for activism, because they have introduced innovations. Forms of activism are often a local copy & paste of western ones, which is very problematic because it implies the failure to consider the local context. This is the case, for example, of Pride parades, which many believe should be carried out like in the West at all costs, rather than reflect on how they might be reinvented to be made more effective.

Secondly, it is important for those working in academia. It is a space opening within the University of Belgrade, which is rather conservative and does not promote this type of content. In addition, we have tried to include an additional dimension, namely that queer studies are also a safe place for the – let's call them this way – sexual minorities. A place where people, after class, can get to know each other and spend time together.

Third, the importance of queer studies also lies in the slightly “suspect” charm they arouse in the regional context, like when people say "you have queer studies in Serbia!", or "it's great that you have them", and so on. In these statements we can recognize our internalization of cultural racism, the idea that “we poor Serbs cannot do anything good”. It's bullshit, I do not see why it should be this way. I see no reason to think of ourselves as inferior, second-class citizens.

How can queer studies contribute to the improvement of Serbia's educational system in the context of the Bologna process? 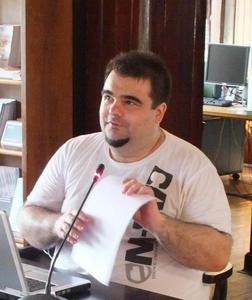 I have the impression that here the Bologna process, which is bad enough in itself, is also badly implemented. Reforms of this kind, unfortunately, turn the university from the place where knowledge is created into the place where future managers are prepared for the labour market. So, alternatives increasingly lose importance. I have a feeling that the university has completely abandoned the project to generate knowledge, we instead try to keep it alive in some niches, try to give shape to an alternative.

In the project I explicitly wrote against the Bologna process. With this I intended to promote the idea that study materials should not be minimized, that it is possible to have lessons that last a long time, extended discussions, and serious theoretical work in class. Also, the idea that no one is subject to obligations and duties, that there is no kind of constraint. Finally, another important fact: it is a free course. So, in answer to those who argue that knowledge is a commodity and therefore should be paid for, we wanted to offer a free course, which is a form of democratization of education.

Many of the participants did appreciate this spirit and noted that discussions were more serious than in the “official” university. However, I do not have the ambition for the course to enter into competition with it. Rather, I hope that this can become first of all a complement, a place where you work differently.

During the course you gave a lecture on queer, the left, and the workers' movement. What was your central thesis?

The central thesis is that queer's location is not necessarily on the left, it can also align with the right, but when this happens it becomes, in general terms, a conservative, reactionary current. And this alignment is not always conscious. We saw this in the context of the mainstream gay movement, which has shifted from the radical left towards a liberal-conservative discourse centred on marriage and family. My thesis is that we must go back, in a sense, to the tradition of that movement which in the 70s, especially in America, questioned precisely these bourgeois institutions as institutions that participate in the capitalist system.

If we really want to create something progressive, then we must adhere to the discourse of the left, integrating issues of class, race, and so on. Those who studied the history of the gay movement have noted that this type of alliance used to be a constant in England, with the well-known coalition of miners who marched to gay parades and gay activists who participated in union strikes. This has led to results. Sometimes I wonder, if the Pride alienates us from the entire Serbian working class, then what is the Pride for, and what can we expect?

How would you describe the Pride issue in Serbia?

Around here there is a kind of fatalism about the Pride, as if it should take place at all costs. But I insist that this is deleterious. I have the impression that in the last three years there were only negative effects, and this is something that should be seriously analysed. But this means we need to study and use the theory, to avoid uncritically adopting models that do nothing but parrot Western discourses on human rights, only to then wonder in shock how people can be so primitive and resistant to Europeanisation. Blaming the people because you, for some reason, were not able to mobilize and sensitize them... is complete nonsense.

By definition, queer approaches question all forms of institutionalization – including their own?

Here, opinions are divided. I see the problem of institutionalization something that is supposed to be critical of institutions. But it is not the same thing if we, from our chair, criticize capitalism or not, given the process of inclusion in the global capitalist system, of which that very chair has become a part. What is important is to maintain a position of resistance, if only to develop an alternative, because only through this mode of thinking can we generate something. Without it, we can do nothing.

Obviously there is a counter-position that says "yes, but alternative thought and criticism are already an integral part of a system that is always presented as critical, and so on". I agree – yes, of course, the system can afford having Marxist slogans circulate in academia, or even calls for revolution like, for example, Žižek's. However, without that kind of thinking we would not be able to even conceive any practical alternative to what is happening. It does not matter that at this time this thought is built into the system, in the future it may really become an alternative, thus generating a new practice. But this can only happen in consequence of a previously processed theory.

If it becomes institutionalised, it will no longer be queer, but it will open a space to come up with something different. I would not exclude the possibility that, at some point, the queer stream of thought becomes exhausted and a new conceptual framework emerges. But the very fact that there is a queer approach, which invites us to reconsider dominant norms, preconceived ideas about sexuality, and much more, gives me hope that the formation of an alternative is possible. It does not matter if you call it queer or not.