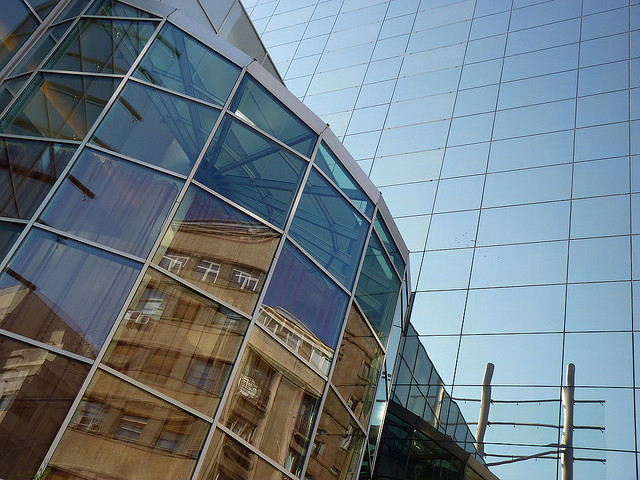 In the last decade, Romania has been a reliable source for seekers of bad news for the international media. Nevertheless, through the thicket of bad news, the country has also seen some brighter developments in the economy, in politics and in human development

Romania has traditionally been a reliable source for seekers of bad news. The country has hardly been the darling of international media, with orientalising coverage abetted by a local penchant for flamboyant self-criticism. Nevertheless, through the thicket of bad news, the country has also seen some brighter developments. The good news is not just that a handful of people living in major Romanian cities have West European incomes (spent, perhaps, slightly more conspicuously).  Such stories are well covered in “glamour” magazines and in the business press; they hardly suggest economic progress.

The good news is also more than economic growth figures. Until the crisis hit, the Romanian economy had one of the highest growth rates in Europe. The gross national output per capita went from $3000 in the year 2000 to $9000 a decade later. According to EU statistics, Romania will have about 46-48% of the average EU per-capita output in 2011. Most certainly, by these figures alone, it makes no sense to call Romania a “poor country”. It also make no sense to use this as an excuse not to do anything about the fact that, even at the height of the boom, millions of Romanians lived in want and were deprived of basic services. For them, the last decade was a lost one. Rather, the good news is that Romania has the economic potential to generate enough wealth to stop being the basket case of the EU’s social development dossier. If we look beyond GNP figures and the heap of bad news, we can find more signs of hope.

Politically, the last decade produced some pleasant surprises. First, the risk of ethnic violence is nil. Ethnic politics moved to the background, with the Hungarian party continuously acting as a key support pillar for Romanian governments since 1997 and scoring major agenda points without triggering much opposition. Second, the far-right withered into irrelevance, with ultranationalist firebrands like Corneliu Vadim Tudor and Gheorghe Funar seeing their political ambitions relegated to the buffoon’s corner. Similarly, the political trajectories of media and soccer tycoons with right-wing populist ambitions like Gigi Becali crash-landed spectacularly, despite the fortunes they invested in their political pageants. Third, although its benefits have yet to become more obvious, EU membership was secured and remains popular. Finally, potential security challenges vis-a-vis Ukraine, Russia and Hungary never materialised. Romanian-Russian relations could be improved; ironically, the potential challenger, Hungary, has become one of Romania’s most reliable foreign policy partners.

On the economic front, the most important development for millions of people has been the fact that industrial employment saw a comeback, albeit below its potential. Not only was de-industrialization reversed beginning with the early 2000s, but also Romania’s industrial output increased and kept the country afloat with an upsurge in exports during the crisis.

According to the Romanian Center for Economic Modeling, during the last eight months of 2010, exports grew by no less than a third, with the biggest growth seen in the auto sector, a sector struggling elsewhere in Europe. Romania has become a significant player in the European auto industry and more stable, unionised and better paid industrial jobs have became available. Not only did Renault rebuild the old Dacia car plant in Ploiesti, now making the two best sellers of the European auto industry, but also it founded an auto research and design centre that hires hundreds of local auto engineers. Ford will soon roll out its first car in Craiova and tens of plants built during communism or built anew manufacture parts for leading European car brands. Nokia built in Romania one of its largest plants in the world and the IT sector experienced a spectacular boom: 90,000 Romanians work in the IT sector and of these 16,000 are software designers.

In 2010, Ernst &Young placed Romania in the top 30 countries for wind industry potential; a Czech company is finishing the investment of 1.1 billion euros into a wind farm, one of Europe’s biggest, close to the Black Sea. Communist-era plants, that doomsayers once deemed unable to survive simply because they had strong unions and were built under communism, now compete vigorously on international markets for steel, chemicals, textiles, footwear and energy.

Some good news characterized human development and public goods production as well. Through thoughtful policies, HIV rates were significantly reduced, infant mortality was halved, the number of dwellings with access to running water increased fourfold and nearly half of Romanian families have internet access. Extension of sewage and gas infrastructures in the countryside and poor urban districts benefited many of the socially disenfranchised.  Although access to healthcare worsened and the gap has widened between the private clinics for the very rich and the public ones for the rest, the emergency care and ambulance services have seen astonishing progress.

Until austerity began to bite, women could take a two-year maternity leave and maintain much of their income through a generous state subsidy. Thousands of college students can study in European universities on very advantageous financial terms, international journals are available online in many university libraries and many university departments hired faculty with North American and West European PhDs. Thousands of public schools have been built or refurbished and the roads are, on average, wider and better. As a resident of Providence, a city of 600,000 in the northeast of the US, I can testify that Cluj, my hometown in Romania, has much better roads and better-looking public schools.

Unlike a decade ago, it is easy to travel around the country and abroad. Low-cost airlines connect major cities with each other and with tens of European cities, something hard to imagine ten years ago, when a humiliating EU visa regime benefited only passport forgers and trafficking mafias. Unfortunately, through misguided disinvestment in rail and investment in very expensive highways, Romania missed its chance to capitalize on the fact that it had the fourth largest and one of the greenest rail-networks in Europe. Many commuter train routes have been terminated and the survivors look squalid; however, at the same time, if you board an intercity train, then you will probably sit in a brand new or completely refurbished, air-conditioned train car.

These have been no easy accomplishments. They are even more surprising given the combination of a chronically malfunctioning political system, cronyism, large doses of destructive economic policies, and the loss of almost a third of the young labour force to migration. Unfortunately, the austerity policies adopted during the crisis could end many of these gains.

In addition, undoubtedly, one can fill three times as many pages with an inventory of facts and stories extracted from ten years of political, economic, and social failures. For such is the realistic state of affairs in Romania. Nevertheless, we also know from sociology that human behaviour is performative, which means that the stories we tell of ourselves may matter for the news of the next decade.