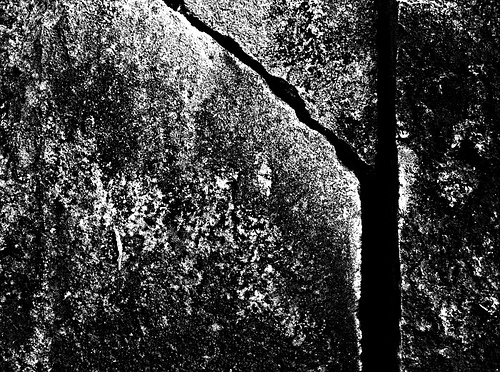 The Romanian government wants to impose Europe’s most severe, IMF-approved austerity program. Next Monday, trade unions have called for the first general strike since Ceausescu's rule. This will test not only budget austerity plans but, most importantly, state-society relations in Romania’s version of liberal-democracy

The International Monetary Fund (IMF)-approved austerity program accepted by the Romanian government is comparatively much more severe than Greece’s savings programs. This grand experiment in second-generation “shock therapy” is the most severe in Europe and an exercise in unfairness. The miserly pay of countryside schoolteachers (200 euros a month) and the lavish wages of “special” agencies government personnel (around 1000 euros a month) will be cut with a flat rate of 25 percent. The same “flat-cut” logic is being applied to pensions and child allowances. This is a classic ‘widows and orphans” morality play in reverse.

Furthermore, this bitter pill has no sugar coating, other than the prime minister’s promise that the temporary measures will be reversed when the economy improves in six months. Because the prime minister’s statement is based on heroic assumptions about deflationary policies triggering trickle-down growth, the “sugar coating” will probably have a distinctly bitter taste. Some economists think that the medicine may kill the patient by depressing basic demand in an economy already hit by severe recession.

Historically, the IMF and other international financial institutions championing financial orthodoxy advocate socio-economic bitter pills. The IMF has indeed policed fiscal rectitude for much of the developing world. As with any policing, the IMF’s efforts have hardly been 100% effective, because governments dragged their feet, feigned compliance or simply manipulated to their advantage the terms of IMF policing. The world is not an “easy” neighbourhood and is rife with contestation. After 1990, Romania was such a recalcitrant citizen and only completely implemented one IMF agreement. This time, however, the contentious IMF-Romania relationship contains a much more creative episode.

Recasting the IMF as Robin Hood?

According to the established narrative, the heartless IMF coldly forces austerity budgets on poor countries. By contrast, local governments sensitive to the plight of the dispossessed and to the electoral costs of bitter pills should heroically resist such pressures and seek a more humane compromise. Instead, the opposite occurred during the last round of Romanian-IMF negotiations.

The IMF asked the government to cut the escalating deficit by combining spending cuts with tax increases on higher income earners. The head of the IMF, Dominique Strauss-Kahn, publicly stated that the IMF wanted the Romanian government to consider making taxes more progressive before cutting low pensions and low wages in the public sector. On French television, Strauss-Kahn suggested that the IMF even went as far as demanding that the Romanian government make austerity reforms more socially palatable by “taxing the rich”.Faced with this demand, the government chose to keep the country’s income tax intact and some officials lashed out at the “ideologised” statements of the IMF chief, whom they accused of making such statements with a view to his future political ambitions on the French left.

Although the IMF declared it would reconsider the initial terms of the deal, the government stuck to their position and defended the basic rule of the “libertarian” Romanian tax system, according to which all wage earners, from the CEOs of multinationals to the minimum wage worker, should pay the same percentage in tax from their monthly wages (i.e. 16%). Granted, most wealth in the Romanian boom-years came not from wages, but from corporate profits and (untaxed) real estate transactions. However, several hundreds of thousands of wage earners make ten times the minimum wage and, while not being “rich”, they could more easily take a tax increase than can low income workers. Moreover, some of the country’s millionaires and billionaires (some with companies on the Fortune 500 list) operate businesses that pay the same “flat” 16 percent on corporate profits. While these people are indisputably “rich,” no one in the government seems to want to tax them. Why?

Someday, political scientists will clarify this when this debate no longer matters. However, future scholars may begin from a brutally sincere statement of finance minister Sebastian Vladescu who succinctly articulates the guiding myth of the key government players: “The rich are those people who are willing to learn their entire life, they are the ones who take risks, they are, ultimately, the ones who provide the income used for redistribution.” Taxing these people at higher rates, it follows, would be unfair and ultimately self-defeating. A clearer restatement of supply-side taxation economics would be difficult to find.

How politically sustainable is this plan? In theory, the government coalition has much legitimacy after winning parliamentary elections six months ago. When this article was written, the government sought a parliamentary vote of confidence on the austerity package. Beyond a shared personal aversion toward the president, the opposition is deeply divided on the core issue at hand: the Liberal Party wants to keep the flat tax whereas the Social-Democrats clamour for progressive taxation. Despite a divided opposition, dramatic television footage of 80-year-olds clashing with beefy riot police before the President’s Palace reduces optimism that the plan can be easily carried out. Most importantly, however, those who have dismissed Romania’s notoriously contentious labour movement may be surprised.

Testing a once mighty muscle

During the 1990s, Romanian labour organizations opposed several waves of market reforms. Miners’ unions even violently deposed a government and brought the country to the edge of a state of emergency. Currently, miners’ unions are a spectre of their former selves, but the other confederations retained much of their strength and they seriously defend their members’ interests. During the prosperous 2000s, they guaranteed the social peace needed for European integration and cooperated readily with key branches of organized capital. When the World Bank wanted the Romanian government to “slim down” hire-and-fire rules and reduce the power of collective bargaining institutions, the unions’ protest threats persuaded a centre-right government to leave intact the labour code.

During the current crisis, the government first asked labour and employers’ organizations to debate the austerity plan in a tri-partite organization. When labour opposed it and even enlisted the support of employer organizations known for their German-like cooperation with unions, the government decided to bypass “social partners” and risk a confidence vote in parliament. This move is important for two reasons. First, the government eviscerated the institutions of tripartite bargaining, which have been useful so far for negotiated compromises between state, labour and capital. The damage done to union confidence will take years to repair, at a time when institutional coordination may be important for avoiding fiscal catastrophe. Second, labour now has no incentive to cooperate and every incentive to go out in the street.

Last week, labour confederations organized one of the biggest labour rallies since the fall of the Ceausescu regime. The eerily well organized and peaceful rally bold contrasted with the social tempests of the 1990s. This may soon change. As this article was written, labour unions were staging Romania’s first general strike under democracy. When private employers use public-sector wage cuts to reduce private salaries, others will likely join the ranks of the disgruntled public workers. The recent history of Romanian labour includes many defeats by the state. While generally supportive of labour issues, the courts sometimes supported government positions on the legality of strikes. Police repression also worked on several occasions. Yet the government has never before tested labour in a general strike with objectives likely supported by such wide sectors of society. The next few weeks will be a test not just for budget austerity plans but, most importantly, for state-society relations in Romania’s version of liberal-democracy.