Serbia: bread instead of reforms? 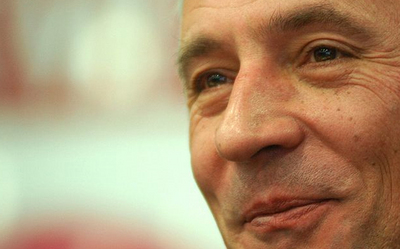 A cynic and a pessimist according to many, he disagrees with most of the economic policies implemented by the Serbian government and does not think that postponing reforms to avoid social unrest is a good idea. An interview with economist Miroslav Prokopijević

“They are buying social peace to postpone reforms”. This is what economist Miroslav Prokopijević thinks of the loans the Serbian government received this autumn to support its national budget. Prokopijević is an economist and associate professor at the University of Belgrade, a researcher at the Institute for European Studies, and director of the Free Market Centre.

The reforms he refers to, cuts to public administration and the redesigning of the pension system, are two highly unpopular measures, especially in this year of crisis. Prokopijević is considered a pessimist, a free trade supporter, and a big critic of the present government. But it is indeed true that the economic projections of the central Institute of Statistics are not very rosy: according to the projections, Serbia's GDP will decrease from 5.4 percent growth in 2008 to -3 percent growth in 2009, foreign investments have dramatically decreased, unemployment has risen by 2 percent (moving from 14.4 to 16.4 percent), and Serbia seems to spend more than it produces.

Osservatorio Balcani e Caucaso interviewed professor Prokopijević after the World Bank granted Serbia a new loan of 200 million Euro last week (500 million dollars for the 2009/2010 budget), and in light of the potential granting of a one billion Euro loan from Russia (200 million for the national budget, and the rest for infrastructure).

Moreover, in what Prokopijević deemed a “very unusual” procedure, the European Union allocated part of the resources for the IPA funds, funds totalling 100 million Euro which are usually reserved for tenders and projects aimed at supporting the Serbian national budget. Lastly, there is the loan of 2.95 million Euro from the International Monetary Fund (IMF), from which Serbia has already withdrawn 788 million. The IMF decrees that deficit should remain less than 4.5 percent of GDP, but Minister of Finance Diana Dragutinović has already announced that the budget for 2010 will be cut by 107 billion Dinars (1.3 million Euro), and that the rest of the 3 billion Euro will arrive at a later date.

“Serbia has a higher standard of living than what it can afford,” explains professor Prokopijević.
“The IMF loan is frozen until February only because a new mission from the IMF to Belgrade has been scheduled. Basically, the government is not implementing any reforms. The IMF has requested that at least some “cosmetic” reforms be implemented, and the government is not even able to do that. At the same time, the IMF didn't want the agreement to fall through because that would have created a lot of social and political unrest. Not approving the loan would have meant going against the banks (80 percent of banks in Serbia are Western) and jeopardising the stability of the so called pro-European government. This is the reason the IMF kept a low profile, and if the government manages to obtain the loan, it will also secure social stability until August or September of next year”.

“When these resources have run out, the Serbian government will have to look for funds elsewhere as it cannot ask the IMF for more credit and it won't be able to find money within the commercial market or from the commercial banks since its credit rating is very poor. The only solution left will be to sell some of the companies that still belong to the state, like Telekom, EPS (the Serbian electricity company), and some of the land that still belongs to the army. At that point, there will be a natural adjustment: the value of the Dinar, which now stands at 94 Dinars to the Euro, will drop to 120 or 150 Dinars to the Euro, wages will be lower, people and companies who have lost credits won't be able to pay them back, people will try to withdraw their savings, the whole system will collapse for a couple of weeks, and then we will go back to negotiating with foreign creditors for the collection of debts. This is what will happen soon or later”.

Is there a way to avoid this?

On the one hand, the economic environment must be reformed since it is not very attractive for foreign investments if compared to Hungary, Bulgaria, or even Croatia. On the other hand, a reform of the public sector is much needed: the State and the companies it owns employ 450,000 people, almost 25 percent of the work force. Most of the sector must be reformed, from the state companies to the municipal ones.

What's happening to privatisation? Figures from the Privatisation Agency suggest that almost 25 percent of privatisation contracts have been backed out of. How much has the State earned from this so far?

The State should have earned roughly 7 billion Euro. Through privatisation, a lot of factories that were bankrupt or which had no commercial value have been sold, but the process of de-nationalisation hasn't been regulated. At the moment, all we have is a draft bill. Moreover, there are currently almost 200,000 people working in factories about to go bankrupt, so privatisation through the liquidation of companies is not being implemented because that would only add another 200,000 unemployed people to a situation where unemployment is already very high. Official figures say the unemployment rate is 14.4 percent (in 2009, it is expected to reach 16.4 percent), but the truth is that it is at least double that figure. Kosovo might be the only place where unemployment it higher than in Serbia. In this year alone, almost 130,000 to 150,000 people lost their jobs, 8 percent of the work force, and next year will be even worse.

What do you think of Fiat's investment in Serbia?

If we look at it from the Serbian point of view, let's say you are an investor and have 100 million, you wouldn't invest the money there. The government took part in the deal in a desperate attempt to make Fiat revitalise the production of something which is already dead [Editor's note: Fiat bought out 67 percent of Zastava and the rest is owned by the State; Fiat has agreed to invest 700 million Euro while the government has put forward 200 million Euro.] But now the crisis is upon us and nobody knows exactly what kind of contracts binds Fiat to Kragujevac. Fiat says “Ok, we are here, we'll be ready to start when the situation improves”. At the moment, they are producing 10,000 cars per year, which is a ridiculously low amount for a car factory, and almost nothing compared to the fact that in the '80s, that factory produced 300,000 cars per year.

Somehow, Fiat is present. In Italy, they are waiting for the situation to become clearer, but the car market is suffering nowadays. Fiat is not in as much trouble as General Motors or Volswagen are, but it has been hit by the recession. With a boost of new technologies and investments, it could become a normal car factory that produces between 50,000 and 100,000 cars per year.

A lot has already been said about this, but could you tell us more about the sale of NIS (the Serbian oil company)?

Serbia gave it as a present to Russia, but without any political logic since the motivation behind the transaction was to get Russia's backing in Kosovo, even though Kosovo has basically already been lost. Not to mention the fact that, sooner or later, in order to obtain the official recognition of Abkhazia and Ossetia, the Russians will change their policy toward Kosovo, but also keep NIS. Moreover, Russia holds a monopoly on the import of oil from NIS, hence all the other companies in the sector will have to buy from them until 2012 because they own 51 percent of the company.

As far as natural gas is concerned, the situation is no better. We will have on our territory a gas line which is 100 percent owned by Russia. We totally depend on Russia for gas and we will build a storage plant in Banatski Dvor with a company majority-owned by Gazprom. Giving away all our strategic resources to such a powerful regime is complete nonsense. Serbia, together with other countries, should opt for the Nabucco pipeline. At the same time, Bosnia-Herzegovina, Croatia, Serbia, and Montenegro should negotiate with Italy to build a gas pipeline across the Adriatic in order to obtain supplies from North Africa, as Italy does.

Direct investments from abroad add up to almost a billion Euro...

These investments are not at the same level as those invested in our neighbouring countries. Over the last fifteen years, there was always a lot of prosperity in the western countries due to policies inflated by the countries themselves, and part of that prosperity reached us too. If an investor could buy a tobacco factory, the needed infrastructure, and a market ready to receive the product, then it was convenient. That's why a certain number of investors came to our country, but not enough. Greenfield investments (which builds new plants) were always less than 5 percent of the total investments, which is proof of the low quality of the economic environment.

How is corruption influencing this trend?

Corruption is a significant factor; not as much as in other countries like Romania, but it does have an impact. The problem is that, because of corruption, no real new profit is created and the resources that could be productively re-invested are basically wasted. We hold the 83rd place on the Transparency International corruption list: the same level as Bosnia-Herzegovina, Bulgaria, Macedonia, Montenegro, and Croatia.