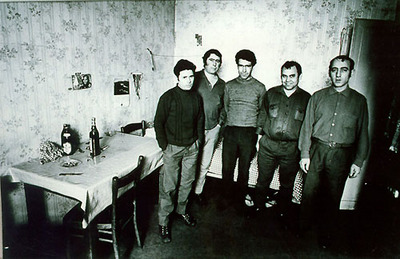 The Central Bank of Kosovo warns that the remittances are falling as the diaspora starts to feel the effects of the global economic crisis. Kosovo's diaspora has a long tradition of sending money home because of strong family ties, a practice developed because of Kosovo's difficult political and social environment during the last decades

Foreign investment and remittances are key elements for Kosovo's current economic development. Because domestic production faded along with the old economic system of former Yugoslavia, authorities search for other means to stimulate the economy - such as the remittances from the diaspora.

The Government would like to keep the remittances coming, but have no clear policies to support the (now established) trend beyond only hoping that family relations stay strong. Authorities also feel powerless to do something about the global financial crisis, which has hit the world's most developed countries where the diaspora has mainly settled. When the Western European and US recession cause immigrants to lose their jobs, or in some cases lose savings invested in stock of economy giants, this also affects their families and relatives, as well as Kosovo's general economy.

In recent years, the annual diaspora remittances rose to 535 million euros in 2008 and counted for 14% of Kosovo's Gross Domestic Product (GDP). The Central Bank of Kosovo has announced that preliminary data indicate a fall of around 10% in remittances during the first two months of 2009, compared with the same period last year.

Political leaders and many economic experts have refused to say that Kosovo will go through problems similar to other countries with a strong economy, where the governments must intervene to save collapsing economic giants. Kosovo can be considered a consuming market, where the trade, retail and construction sectors support economic development. The industrial sector remains weak while imports are 10 times larger than exports.

Kosovars, however, already feel the impact of global recession. Fehmi B. (38) lives in Kosovo's capital, Pristina, with his wife and two children. His work as a security guard eight hours a day earns him a decent living in a labour market with more than 330,000 registered as unemployed. As summer approached, Fehmi was looking forward to having a holiday on the Adriatic, as he did in 2007 and 2008. However, his holiday plans look gloomy as his 'sponsor', Fehmi's brother living in Germany, most likely will skip a visit to Kosovo this summer as a reaction to insecurity in the job market - meaning that he can not predict if he will keep his job or when he might be jobless.

Fehmi will not miss only the holidays this year, but also the 'luxurious' summer in his hometown Pristina - where he would, together with his brother, pay visits to his relatives in villages across Kosovo, a lifestyle that he could not afford on his own. Several sources living in Germany and England admitted lately that, differently from usual practices, they have decided this year to not travel to their homeland.

A decline in diaspora Albanians visiting Kosovo in 2009 is also predicted by the Economic Initiative for Kosovo - ECIKS; which says that the trend will mostly be evident among the Kosovars living in Germany. The Vienna-based organisation, ECIKS, also points out that this issue might force a decreased buying potential and thus affect directly the economic developments planned for 2009. The diaspora Kosovar returning for a few weeks of holiday spends an estimated 2,000 to 3,000 euros. Approximately 400,000 Kosovars currently live outside the territory of Kosovo.

Remittances have been crucial for Kosovo Albanians during the troubles of recent decades. Primarily for economic reasons, Albanians emigrated to Western European countries and the United States. For Kosovo Albanians, mass emigration started in the seventies, with the opportunity to access the Western European labour market through job placement schemes established between Yugoslavia and the most devloped European economies. The remittances have kept the large Kosovar families strong, especially during the 1990s when the vast majority of Albanians lost their jobs after the Milosevic regime took control.

Besides the family's financial well-being, diaspora money played a crucial role for Kosovo Albanians during the 1998-1999 war. Associations across Europe collected money to fund the Kosovo Liberation Army's guerrilla war. The war devastated Kosovo; Serbian troops and paramilitaries destroyed thousands of houses. Today, ten years after the war, almost all burnt or destroyed Albanian houses have been rebuilt; in most villages, the houses have doubled or tripled, mainly because of diaspora remittances.

Today, the 'investment' mentality has witnessed changes. The diaspora sees Kosovo as a business opportunity along with the family and homeland relations. Expatriate Albanians were more than 65% of the buyers during privatisation of the publicly owned companies.

Kosovo's Riinvest Institute for Development Research says a fall in remittances will have an affect in the steady rise of Kosovo's economy, which was 5.4% in 2008. Nevertheless, according the European Commission's predictions for 2009, Kosovo's economy will be far less damaged by the crisis than its EU counterparts. According to Kosovo's Riinvest, domestic consumptions will be one of the sectors that the decrease in money flow will hit more harshly.

Commercial banks operating in Kosovo do not support the reports that remittances are falling, and insist that the global economic crisis has had no affected their operations.
However, contrary evidence comes from the money transfer agencies, which wire hundreds of thousands of euros monthly to Kosovo. A branch manager of a Western Union agency in Pristina says that the diaspora continues to send money back home, but the numbers have changed. The agent commented, "If the same person sent 500 euros a month a year ago, now that has dropped to 300 euros or even 200 euros a month."

Kosovo, on the one hand, is starting to lose the support of remittances from its diaspora; but, on the other hand, the economists can turn their attention to Washington. The International Monetary Fund (IMF) invited Kosovo on 8 May to officially join this financial authority; thus becoming the first key international organization to accept the country as a member. Pristina authorities have applied to IMF and the World Bank immediately after Kosovo declared independence in February 2008. Kosovo's designated quota will be 0.4 %, which is higher than Montenegro's (0.1%) or Albania's (0.2%), and far smaller compared to the biggest contributor, the United States (17.09%).

The IMF membership will allow Kosovo to implement expensive projects that otherwise would be considered unaffordable with its 1.3 billion euros budget. In addition, potential investors will have more security. Besides the benefits, membership means that in order to reach certain international economic standards wide-ranging reforms should take place under IMF monitoring. This membership strengthens Kosovo's ambitions towards the World Bank, where it can hope for soft loans for development projects.

Until now, Kosovo families may have survived as a result of strong family relations, but the ties with the world's leading financial institutions may prove much more suitable to build a more stable and prosperous economy throughout Kosovo.