10 years of stories from Kosovo 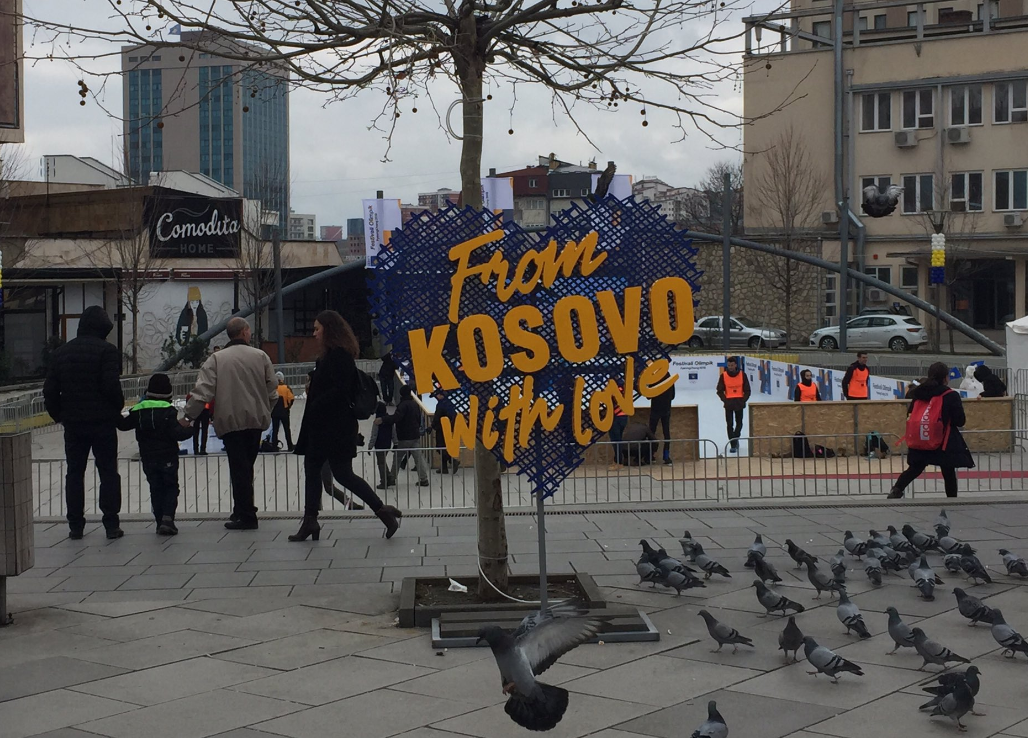 Kosovo celebrates ten years of independence – years marked by symbolic successes, but without real answers to issues such as unemployment, coexistence, corruption, and lack of a development strategy

The tenth anniversary of Kosovo’s declaration of independence coincides with the first deployment of a national team to the Winter Olympics in Pyongchang, South Korea. The sole team member, alpine skier Albin Tahiri, stands little chances for a medal. Just two years ago, Kosovo took part in its first Olympics in Rio de Janeiro. There, thanks to judo champion Majlinda Kelmendi, the country won its first gold medal – its biggest achievement in global sport.

This success would have not been possible without the crucial decision by the International Olympic Committee to admit Kosovo among its members in 2014. Kosovo statesmen hail such moments as historic, and urge every Kosovar to look for individual international breakthrough through hard work, in sport as in other fields.

Unfortunately, very few can afford such ambitions. Albin Tahiri could afford to train in ski slopes across EU countries relying on personal funds, while Majlinda Kelmendi's team keeps training in un-heated halls as a result of frequent electricity cuts. Even the Kosovo national football team, recently admitted by FIFA, keeps playing home matches in Albania, in the absence of a stadium with the required standards.

The rest of the youth is stuck with more dangerous alternatives to reach the other side of the Kosovo borders. The newest country in Europe is also the most isolated – its citizens are the last in the Western Balkans left unable to travel visa-free in Schengen states. This has not prevented close to 10% of the 1.8-million population from illegally entering the EU since Kosovo's declaration of independence on February 17th, 2008. Many have even risked their lives hiking mountains in the winter, or hiding inside trucks in inhumane conditions. Some have not made it alive through the rivers on their way to Hungary.

Such a mass migration from free and independent Kosovo was not in the cards ten years ago. At the time of the declaration of independence, Kosovo's society was longing to break free from a weak international administration and strive towards self-management, dreaming to become soon a prosperous new country in the middle of Europe.

Despite registering a constant 3-4% GDP growth per year since 2008, though, the economy has never really taken off. This has inevitably driven unemployment rates up to 27% (in fact they are much higher, especially among youth). Graduates from freshly founded public and private universities compete over the few jobs available. Job opportunities in the public sector remain bleak, and lack of employment opportunities remains the biggest perceived problem for the average Kosovar.

While many tried to emigrate, the Kosovo élite has failed to create a strategy for economic development – what ten years of self-governance have to show for themselves is a number of modern, but expensive, highways. Such predilection for flashy public investments has been common to all governments.

The only other development strategy was the privatisation of public and state-owned enterprises. Unfortunately, few new jobs have been created in the industry sector; on the other hand, there has been a boom in the small-medium distribution sector, that mostly sells imported goods. The ratio between import and export (9-to-1 in favour of the former) is the defining element of independent Kosovo's consumer society.

Over the years, there have been improvements in the investment environment, confirmed by the World Bank Doing Business Reports, but few want to invest capital in a troubled country marked by conflict. Kosovo still fails to convince it has a normal political environment, an independent judiciary, and a stable electricity supply – a key to any industry.

Recently, the state has announced investments in the use of its lignite reserves, among the largest in Europe. At the end of 2017, the government signed a contract with a US-based company to develop a new 600 MW lignite coal power plant. However, the first power supply won't be available before 2023 – until then, the import levels for electricity will keep rising, like everything else.

Rule of law, the problems remain

As for the rule of law, Kosovo has not shown significant signs of improvement during this decade. Backlogs of hundreds thousands cases haunt all courts. When inefficiency combines with the inability to tackle sensitive cases – like corruption – the public stops believing in the judiciary as a whole. Moreover, the lack of trust is shared by Kosovo's partners – namely the EU and the United States. The former continues to fund its biggest mission abroad in the shape of EULEX, since 2008, to deal with cases that Kosovo fails to address. A Special Court to deal with potential war crimes (committed from 1998 to 2000) has been established and will operate from the Netherlands.

Its life, however, appears problematic already. Even before the beginning of the first trials, which will probably involve high-profile politicians, Kosovo's Parliament has made several attempts to block the Special Court's activity, soliciting harsh reactions from the US, UK, France, Germany, and Italy. Following the international outrage, however, Kosovo seems to have retreated and may become the only entity from former Yugoslavia to deal independently with its recent past – a commitment which may earn the country more credibility and support at the international level.

So far, Kosovo has obtained 116 recognitions – not enough to aspire joining the UN and its organisations. No progress has been registered in changing the attitude of the 5 EU countries that refuse to recognise Kosovo's statehood. Despite the divisions, the EU has shown willingness to engage in relations with Kosovo by signing a Stabilisation and Association Agreement in 2016 that provides a clear reform agenda for the years to come. However, the more recent Strategy for the Western Balkans confirms that Kosovo can only aspire to take baby steps towards European Integration.

The reconciliation process between the Albanian and other communities is also slow. The Serb minority continues to live a parallel life by running its own education, healthcare, and cultural sectors. Bridging this division is nowhere near, especially in the northern municipalities, shaken in the latest wekks by the murder of political leader Oliver Ivanović.

However, divisions – like corruption, inequality, or unemployment – can only be noticed by those who experience them. On paper, Kosovo is a multiethnic country where the Albanian and Serbian languages are guaranteed by the Constitution. Its legislation is among the most modern, but remains largely unimplemented. On paper, the investment environment has registered significant progress, but no actual investors have shown up. Instead, hundreds of millions in remittances flock from the diaspora to feed large unemployed families.

Until all this improves, the average Kosovar will be left with little hope for change and opportunities – to resist the temptation to leave, all is left are amazing, but isolated success stories in sports, cinema, or music.