Romania: from traditional to social media 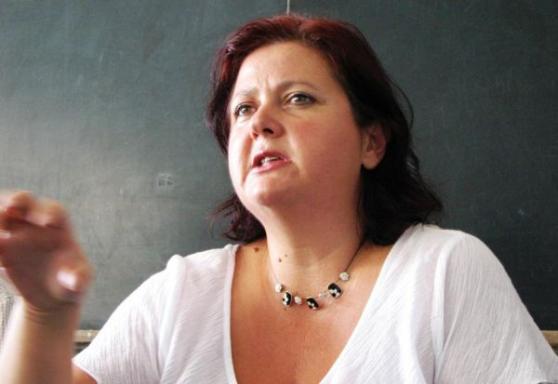 Ioana Avadani director of the Center for Independent Journalism in Romania

Traditional media no longer have the monopoly of information, social media are advancing. An interview with Ioana Avadani, director of the Center for Independent Journalism in Romania

The interview was conducted during the ninth edition of the South East Europe Media Forum , held in Bucharest on November 5th-6th, 2015.

Reporters Without Borders ranked Romania in 45th place for media freedom, much better than other countries in South East Europe, so the situation would not seem that bad. What are the problems of Romanian media?

First of all, I do not place great trust in rankings. They depend on the methodology used, the people who fill out questionnaires or give interviews. What most interests me is progress – Romania has occupied mid-rank places for twenty years, I would like to see it rise eventually.

As Center for Independent Journalism , last year we carried out a study on the situation of the media, the way journalists themselves see the media. We interviewed over a hundred people, asking them what the problems are and what they propose to solve them.

What did you find out?

They pointed out that the financial issue is the most problematic of all. Lack of funding for the media brings along many other negative effects. Newsrooms are shrinking, journalists are made redundant, and those who remain have to cover all the work as if they were at full capacity. Imagine a newsroom of 300 people downsized to ten. Obviously, the quantity and quality of information cannot stay the same.

There are also issues that go beyond the economic situation. If we look for example at language, we see how even the most basic rules of journalism are disappearing. This is not a financial matter – no politician, no media owner forces you to write poorly.

However, our report also shows that the main feeling that reigns among journalists is fear. They are afraid to speak, afraid to speak freely and express critical opinions. Most of them are afraid of losing their jobs. And here we are back to the economic issue.

Self-censorship is there, but often it is not perceived as such. We interviewed journalists who said, "obviously I do not write a negative piece on the company that pays for ads in the newspaper I work for". This is an issue, even more so as it has become normal, in some way rationalised.

Let's say our main battle is to maintain standards, to make people understand that self-censorship is not the norm. We understand those who are forced to use it, but it is not normal.

How real is the influence of secret services on journalists in Romania?

Whenever we talk about intelligence, stories are covered in mystery. There was some debate in the country about the role of undercover agents in newsrooms. And there have been various hints from both the media and part of the intelligence. No one has denied the presence of infiltrators in the newsroom. Clearly, no one can expect intelligence services to say ok, these are my agents, or that was an infiltrator, who is now no longer a journalist. Yet, this feeds into a habit of suspicion. You no longer know if your colleague is an infiltrator or a journalist who works for the public interest.

Is the legacy of the past regime still heavy?

There is some heritage, but the rest is new. The influence of secret services has been increasing also in the legislative field. They are forcing a sort of "Big Brother" law, although this law has already been rejected three times by the Constitutional Court. But secret services continue to push the message that there would be threats against Romania, creating an atmosphere of fear.

Do the media not react?

Many do nothing but pass on the message. It is always about showing that there are threats against Romania. Sometimes the media themselves are seen as a threat to the state: a couple of years ago, the government's National Security Strategy included the media as an internal threat.

How did the media follow the street protests that led to the resignation of Prime Minister Ponta?

Some followed them from the start, others did not. Some TV channels just ignored the protests altogether.

Let's say yes, even though it is more complex than that. The owner of a TV is a friend of the Prime Minister and is involved in several cases of corruption... so it's not just about politics, but about money and the means to preserve patronage and access to public money.

In November 2014, the presidential elections were held. Because of organisational errors, thousands of people from the Romanian diaspora gathered in line waiting to vote, and many were unable to do so because the process was so slow that they arrived after the polls closed. Well, some TV stations tried to play down the incident in a very coarse way, like cutting the crowd from the frame of the camera. Many people started then to post on social media images that presented ​​the real situation, thus putting pressure on traditional media.

Can social media help or force an improvement of traditional media?

Absolutely. In Romania we have 7 million Facebook account, covering roughly a third of the population. Obviously, not all are individual accounts, others are not even active. However, the fact remains that there is a large community of people networking. Everyone can have access to a fact, that is the source of the news. They can post it, film it with a smartphone and easily share it through social media.

If not awareness, they certainly did raise the expectations. As Center for Independent Journalism, we work a lot on media literacy and accountability. For instance, if you have access to the tools of journalism, such as getting certain pieces of information and being able to release them, then you must know the basic rules of the profession's code of ethics.

Can a journalist also be an activist?

Good question. Let's say that it is unrealistic to expect a journalist to be objective. No one can be one hundred percent objective, we are not robots, and even if we were, someone would build our software and that someone would be a human being. We cannot be objective, but we can be honest, we can be loyal. And this is important. Our professional standards require us to take into consideration all the parties involved and all the points of view of a particular story. In some topics, however, there is only one point of view – for example, genocide or human rights issues. Let's say that journalists should always be on the side of justice and human rights.