Romania: the interference of parties in the media 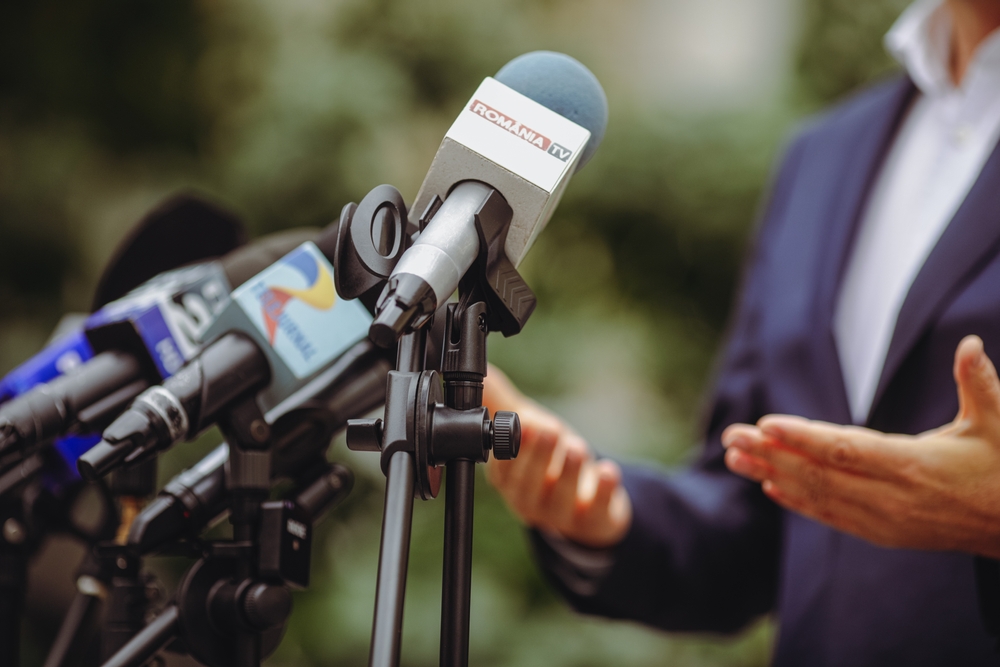 During a press conference in Romania - Mircea Moira/Shutterstock

A recent report by the Council of Europe exposes the flow of money that goes from political parties to the media in Romania, and the consequent subordination

Money is increasingly affecting freedom of expression in Romania and it is now common practice for many newspapers to receive funds from political parties. This seriously undermines the credibility of the press.

The Parliamentary Assembly of the Council of Europe has also recently intervened on the subject. In a report  devoted to Romania's compliance with the criteria for joining the Council, it is stated in point 11 that media freedom and pluralism in the country must be strengthened. The report criticises the practice of sponsorship contracts kept secret between parties and some media. The Council of Europe is also extremely concerned about the use of public funds by political parties to finance the media and influence coverage: a practice that not only affects press freedom but goes so far as to damage the functioning of democratic institutions.

Parties' media budgets on the rise

According to the data provided by the Permanent Electoral Authority  – an autonomous administrative body with competence in electoral matters, tasked with the organisation and conduct of elections and referendums as well as the financing of political parties and electoral campaigns, in compliance with the Constitution, the law, and international and European standards on the subject – the sums allocated by parties to the mass media increased exponentially in 2022 compared to the previous year.

In the first half of 2022 alone, the Social Democratic Party has already spent 5 million Euros, compared to 3 million in 2021. Liberals have more than doubled their media budget, spending 3.6 million Euros this year compared to 1.6 million last year. The Union Save Romania has also increased its investments from 100,000 Euros in 2021 to 300,000 in 2022.

Money flows from parties to some media almost always pass through communication agencies owned by trusted people. And, as Europa Libera Romania specifies , on the basis of the contracts signed, the parties receive publications in their favour, articles which are not marked as advertisement. The same online newspaper points out that parties are less and less transparent about how they spend the money they receive from the state.

In this regard, the Permanent Electoral Authority recently announced that it had drafted and put to the public debate a bill for the modification and completion of Law no. 334/2006 on the financing of the activities of political parties and electoral campaigns. The first public debate on the proposal is set for 8 November. Among the novelties, the bill concerns the way in which political parties can conclude advertising and communication contracts.

The situation is even worse at the local level

Political interference in the press is even stronger at the local level. Cristina Guseth, director of the Freedom House Romania foundation, in a speech for dw.com stated that for a long time there has been a phenomenon of "media capture" by political and economic power. “This happens above all at the local level – she specified – where political power together with local companies make the media dependent on the authorities. We are witnessing a phenomenon of self-censorship, of non-combat”.

“The local press depends on funding from the local barons. A link that passes through paid communications and the payment of articles that are actually disguised advertisements”, explains Cristina Guseth.

These opaque practices by politicians feed parallel realities, half-truths, and manipulation. For years in Romania, TV has been used by parties or by the owners themselves – with ties to politics or the secret services – to influence even street demonstrations. It is often the anchormen themselves who call people live to protest: it is common practice for the main private televisions to broadcast the protests on the street and comment on them according to their "political affinities". Some of the journalists with more visibility then "converted", joining some political party where today they hold important positions.

2022 was also the year in which a Romanian television became the exclusive partner for the American CNN while another was born: Euronews Romania. But local political interests always remain behind, promoted under the umbrella of well-known international media brands.

Against this backdrop, quality of the information also suffers. For three days, important Romanian media institutions spoke of the presence in Romania of the richest man on the planet, Elon Musk, who allegedly celebrated Halloween together with other billionaires at Bran Castle, also known as Dracula's Castle. Sources from the Romanian Ministry of the Interior later confirmed that Musk never entered Romania. In the end, only the newspaper that started everything apologised to readers for spreading the fake news.