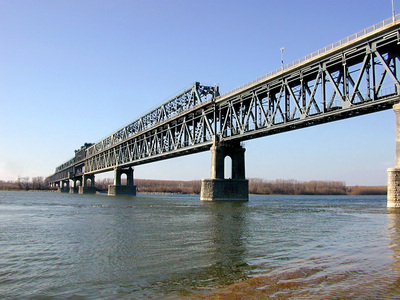 Despite their joint access to the EU in 2007, Bulgarians and Romanians continue to live with outdated stereotypes. Political, economic, social, informational exchange between Bucharest and Sofia remains not simply unsatisfactory, but practically absent

Bulgaria and Romania, which both joined the European Union (EU) in 2007, share a common history and some very similar obstacles in finding the right way to catch up with those countries held up as examples of the new European family.

At the end of January, during his official visit in Germany, the Bulgarian Prime Minister Boyko Borisov openly admitted that in 2007 his country had not been ready to belong to the EU. Romanian politicians also now speak of their country’s un-preparedness for an EU accession three years ago.

In spite of their similar problems and challenges, the two countries have never hidden their discomfort in having been placed in the same wagon on their way to a long-desired Europeanisation.

Borisov asked his German counterpart, Angela Merkel, not to compare his country with its neighbour when considering accession to the euro area. “Bulgaria should be evaluated according to its own merits and not in comparison with neighbouring states,” said Borisov, clearly hinting at Romania’s serious economic problems during the past year.

A reaction followed soon. The Romanian economist Ilie Serbanescu claimed that, concerning the euro, Bulgaria does not top Romania in any category. Furthermore, he said that Bulgarian authorities cannot boast about their economic achievements, since after the crisis in 1997 and the establishment of the monetary council, “all economic decisions affecting Bulgaria have been taken by ten bankers from Zurich.”

Almost in the same way that many Americans visiting Europe cannot distinguish between Bucharest and Budapest, many European Union officials do not make any distinction between Sofia and Bucharest. Moreover, in Brussels, they do not see significant differences in many issues related to Bulgaria and Romania.

Since the fall of Communism, Bulgaria and Romania have been much too long on the wrong road to democratisation. As noted in Western Europe, any major differences between the countries have been diminished by some very distinctive common characteristics. These characteristics include political and economic incompetence, negligence of major problems of society, striking unwillingness to implement critical reforms and widespread corruption.

The case of Bulgaria comes with a bonus: organised crime. However, it would be foolish to claim that Romania has no organised crime. European reports do not highlight Romanian organised crime as a problem because Bucharest, unlike Sofia, does not evoke the stereotypical 1930’s gangster paradise, Chicago.

Both Bulgarian and Romanian officials tend to isolate themselves by denying any “togetherness” in the process of Europeanisation. As in Communist times, they claim brotherhood and common goals only whenever that approach suits them better.

In the first half of the 2000s, Romania seemed to drag Bulgaria backwards in its attempts to implement more quickly the European Union Accession Treaty. In the early years of the decade, Romania, still recovering from a severe economic collapse, simultaneously entered a new period of political backwardness with the third election of the controversial Ion Iliescu for president. The reformed communists controlled government and called themselves social democrats.

Bulgaria, on the other hand, had already had its healing processes completed after the total financial and political collapse of 1996. The former king, Simeon Saxe-Coburg-Gotha, a well-known personality in Western Europe, managed, at least in his first years as prime minister, to gain some credibility for the country.

These developments provided evidence for people like Meglena Kuneva, then Minister of European Affairs, to state that her country is moving faster and better than Romania. Without Simeon’s methods of negotiating and his contacts, not only Bulgaria but also Romania would not be able to successfully complete its EU accession talks.

However, the rivalry was not limited to grandiose words. In November 2004, Bulgarian authorities arrested the Romanian journalist George Buhnici on the Danube Bridge for filming with a concealed camera the smuggling activity in a duty-free shop. Just a few days later, the Romanian prime minister, Adrian Năstase, was accused of swearing at his southern neighbours for submitting to the European Union and all of its demands. The press published transcripts of the comments made during a party meeting that had taken place earlier that year.

Then, in 2005, the former communists also returned to power in Bulgaria. Gangster shootouts remained the everyday reality and the level of corruption skyrocketed just as under Adrian Năstase’s rule in Romania, which ended in December 2004. On the north side of the Danube River, positive change occurred when Liberal Prime Minister Călin Popescu-Tăriceanu replaced Năstase.

After that, politics seemed to have been delinked from economic issues in both countries, which helped their economies, sustained by massive international investments, to grow rapidly in the next few years. However, political bickering and social insecurity were indeed at their boiling point.

Conflicts continued between Bulgaria and Romania. Instead of advancing praiseworthy initiatives such as constructing a second Danube bridge to relieve and boost Bulgarian-Romanian business cooperation and exchange, taxation issues on the single existing bridge once again heated up the relations. Romanian authorities from the border city of Giurgiu wanted to keep the anti-European transit taxes on drivers passing through the town. This affected Bulgarian drivers doing business on both sides of the frontier.

And the show went on

Romanian authorities demonstrated their Securitate-era paranoia by arresting Bulgarian financial adviser Stamen Stantchev for economic espionage in 2006 and by detaining former Bulgarian embassy official Petar Zikulov for military espionage and selling military secrets to former Soviet states. Observers interpreted the action as diversion from the developing economic and financial crisis that hit Romania in the early months of 2009.

Romanian memories of their southern neighbours include Bulgarian cigarettes, pickles and the Bulgarian state-controlled (and only one), Communist-era television channel, which was received in many cities close to Danube. Bulgarians remember the neighbours to the north with their traditional polenta dish, Ceauşescu’s execution, massive Roma population and the extreme poverty from the early days of Romanian democracy after the 1989 revolution.

Like any relations between neighbours, the issue of rivalry is always complicated. Depending on the point of view and the historical preference, the conflict between Bulgaria and Romania goes back to the Treaty of Craiova, the Balkan Wars, or the forced replacement of the Cyrillic alphabet in Romania with an alphabet representing the “Latin origins” of the Romanian people.

If both nations are to escape the stereotypes, the secretive obsessions and the communist mentality that have long ruled their lands, they must struggle to develop and cherish mutual tourism, cross-border cooperation programmes and the European neighbourhood.

Despite a land border (and crossings such as the Vama Veche-Durankulak checkpoint), the two countries’ relationship is symbolised by the steel truss bridge (once called “Brotherhood Bridge”) over the Danube, built in the 1950s with the help of Soviet technicians sent by Stalin. This is yet another Communist-era stereotype that desperately needs to be dethroned.