Schengen, prisoners of a fragile Europe

Romanian and Bulgarian MEPs among the most influential 21/05/2019 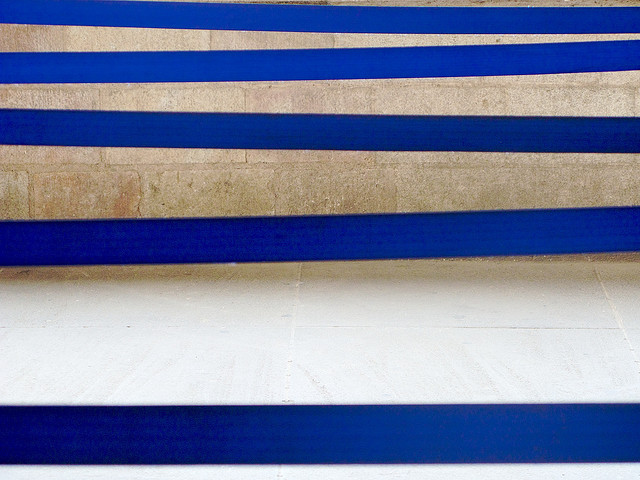 Although Bulgaria and Romania have met the technical requirements, Bucharest and Sofia will indefinitely remain outside of the Schengen area. A long list of unresolved issues with the two Balkan countries provides substantial reasons for exclusion, but the main problem seems to lie in the increasing fragility of the European political project

On 4 June, the European Parliament will probably pass a motion that calls on Romania and Bulgaria to join the Schengen area. However, the call of Brussels, at least for the moment, is bound to remain a dead letter.

The final decision, in fact, has to be taken unanimously by the governments of the member states of the Schengen area, currently by no means unanimous on the issue. When two “heavyweights” such as France and Germany are among the fiercest critics of Bucharest and Sofia, the hopes of a quick inclusion of Romania and Bulgaria seem reduced to a flicker.

On 12 April, the rapporteur to the European Parliament (the Portuguese Carlos Coelho) submitted his final evaluation report on the state of technical readiness of the two Balkan states. According to Coelho, "although some special matters will necessitate regular information and monitoring in the future, they are not an obstacle to the full accession of Romania and Bulgaria.”

Furthermore, the report indicated that Bulgaria, the country that has so far met with more difficulties, particularly in proving its ability to control its land border with Turkey, "has covered the necessary technical criteria better than some of the states already in the [Schengen] Agreement.”

Despite the positive report, however, accession to Schengen has been indefinitely postponed for Bulgaria and Romania, which, according to the plan, should have joined the free movement area last March. Together with undeniable difficulties and unresolved issues in the countries under review, the heart of the question seems to lie elsewhere: in the increasing fragility of the European political project.

Carrot without a stick

The current Hungarian EU presidency, which had included the enlargement of the Schengen area in its priorities, repeatedly points out that with the technical issues now overcome, the problem is essentially political.

Bucharest and Sofia suffer from the obvious and substantial lack of confidence by many EU states (particularly France and Germany). In December 2010, the foreign ministers of the two countries sent  a joint letter to Cecilia Malmström, EU Commissioner for Internal Affairs, in which they described the possible access of Romania and Bulgaria as "premature" because of the lack of "irreversible progress" in the fight against corruption and organised crime.
The message coming from Paris and Berlin is clear: we cannot surrender an important element of our sovereignty, such as border control, to states still perceived as plagued by endemic organized crime and corruption. To join Schengen, in fact, does not mean just to get rid of barriers at the border, but to share large amounts of sensitive data on security issues.

However, some would question connecting access to the Schengen area to the fight against corruption and organized crime. Objective factors largely shape the evaluation of technical readiness for Schengen membership, but subjective issues determine the assessment of the sufficient level of "effectiveness in combating crime and corruption".

The issue is closely linked to a structural problem with the EU: Brussels appears able to stimulate reforms only through the carrot of future integration. Once a new subject joins the club, however, no effective mechanisms can sanction undesirable behaviours.

After approving the entry of Romania and Bulgaria into the EU in 2007, many European states are now tempted to use a veto on the admission of Bucharest and Sofia to Schengen as a backup option to force the elites of both countries to keep moving on the path of reforms.

This perspective, among other things, is shared by many Bulgarians and Romanians, who are disillusioned and tired after too many years vainly waiting for a functioning judiciary system, stronger institutions and visible results against corruption and organized crime. Furthermore, “Option B” of vetoing Schengen membership raises strong questions not just about its appropriateness, but also regarding its likely effectiveness.

Certainly the veto posed by France and Germany was ill-received among the Romanian and Bulgarian political elites, who accuse the ''big powers” inside the European Union of hypocrisy.

The debacle is likely to have serious political effects especially on the Bulgarian Prime Minister Boyko Borisov, who repeatedly promised in the past months that the country’s access to Schengen would serve as a litmus test of approval for his government’s crusade launched in 2009 against organized crime and political corruption.

The entry of Bulgaria and Romania, however, is only a minor chapter in the political dispute waged in these weeks at the EU level on the Schengen agreement, which along with the common currency (the Euro) is one of the pillars of European integration.

Today, the right to free movement is increasingly pressured by a rising climate of fear about immigration, which builds support for populist right-wing parties. These political forces consider only narrowly perceived national interests (the most recent case, the success of “True Finns” at the recent political elections held in the Scandinavian country).

The arrival in recent weeks of about 25,000 Tunisian migrants on the Italian island of Lampedusa unleashed a bitter dispute between Italy and France. As a result, Silvio Berlusconi and Nicolas Sarkozy jointly requested a comprehensive review of the Schengen agreement, which was immediately backed by other EU countries.

Today to raise “walls” against "the others", be they refugees, citizens of other EU countries or non-EU migrants, clearly has political rewards. Moreover, many rush to comply with the new rules of the game.

Particularly active in this sense is French President Nicolas Sarkozy who, in a deep crisis of popularity a year before the next presidential elections, seems forced to chase Marine Le Pen's National Front (which calls for Paris to quit not only Schengen, but the Euro currency as well). In the summer of 2010, the French president was at the centre of a heated debate after his decision to expel several hundred Roma from Romania and Bulgaria.

However, Sarkozy’s strategy is not an isolated case. Fears and calls to build walls are currently widespread in all of Europe.  Romania and Bulgaria particularly have the problem that, although they are full-fledged members of the EU, they do not feel regarded as such by their EU partners.

The most recent case is the proposal of the Dutch Minister of Social Affairs, Henk Kamp, who proposed that, by next 1 July, workers from Romania and Bulgaria, as well as non-EU citizens, should be allowed work permits in the country "only in exceptional cases."

Despite the gathering clouds, it is premature to think that Schengen is being substantially questioned. If you set aside for a moment the political quarrels, the benefits of abolishing barriers between European countries are (still) obvious to all involved.

Although the European Commission has partially upheld the requests coming from Berlusconi and Sarkozy, and on 4 May presented a list of "exceptional situations" in which border controls can be re-introduced inside the free movement area, the foundations of the Schengen agreement will hardly be questioned, at least in the short term. Certainly, however, to share pros and cons of the “common European house” seems to become more difficult everyday.

In this context, a particularly striking piece of news comes from Turkey.  While the European Union has decided to indefinitely hold the country in its waiting room, the current Turkish government is increasingly emerging as a protagonist on the international political and economical scene. One serious proposal involves creating "an area of free movement", which should unite Turkey to Iran, Iraq and Syria.

The project, recently presented by the Turkish Prime Minister Erdoğan, was christened "Shamgen" (a combination of the Arab-Turkish name of Damascus, "Sham", and "Schengen"). "We must break down the borders between Turkey and the Middle East," said Erdoğan, "because they are artificial."

Breaking down boundaries, therefore, is not just a European dream. However, Europe, which first made it real, risks passing the torch of freedom to cross borders to those who have more energy and courage to keep it alive.