Another Brick in the Wall? 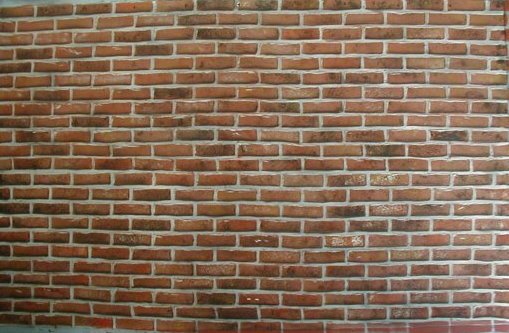 The latest enlargement was greeted with not much fuss in Macedonia. Life goes on and very few politicians responded with statements or analyses. Bulgaria, being closer, receives more attention. Romania is already far away

"It is not necessary to say that Macedonian citizens rejoice the accomplishment of Bulgaria and Romania, but it would be hypocrisy not to admit that their success sinks us into ever deeper depression".

This is how a self-reflective editorial by Slobodanka Jovanovska, a prominent journalist, comments the entry of Bulgaria and Romania into the EU, for the Utrinski Vesnik.

The latest enlargement was greeted with not much fuss in Macedonia. Life goes on and very few politicians responded with statements or analyses. Bulgaria, being closer, receives more attention. Romania is already far away.

In all honesty not much seems to be understood in Macedonia on how this latest ever-closer encirclement will affect the country. Assumptions loom large but there is little substantiated argument. Hopes of improved trade mix with misgivings of possible downsides.

Some experts hope for a reduction of the trade deficit with Bulgaria, which is said to be substantial. Macedonia's exchange with Romania is negligible. Yet, analysts indicate that this will be up to the Macedonian companies themselves, to act upon the opportunity.

"We cannot expect that the very entrance of Bulgaria into the EU will produce a miracle for us, because the possible intensification of the trade between the two countries depends on the structure of the Macedonian economy", says professor Silvana Mojsovska. "Until we restructure our economy, in order to have products which will be exportable to other countries, we cannot expect huge trade improvements".

This point of view is shared by other economic experts.

"The fact is that the products we export do not have the quality which is needed for maintaining a competitive advantage", comments professor Jovan Projkovski.

Thus not much automatic benefit is to be expected.

Others point to the economic challenge the latest enlargement poses. According to Ms. Jovanovska's editorial, "Macedonia will have to deal with the competition by the privileged market of half a billion people. The country will pay the bill of the harmonization of the Bulgarian and Romanian market with that of the EU, which will result with absence of cheap product to remedy for the deficiencies of our standard of living, until that time when Macedonia also catches up."

Yet some businesses look upon it as a door of opportunity. Agricultural produce will have free passage into Bulgaria, and through it all over the EU. Some bigger companies feel that they will be able to compete and fight for a share in the EU market. Yet, there seems to be little analysis of what is the difference between Bulgaria and the other long standing Macedonia's EU neighbor - Greece? The overall impression is that the EU door on the Greek side is wide open one-way, for Greek capital, which has become the single biggest investor in Macedonia, and is only a crack in the other direction, mostly for illegal migrants.

Some indications are already serious that things will go in the same way with Bulgaria. The greatest concern for Macedonians is the visas which the new EU neighbor introduced January 1st. Some of the new net losers of this new brick in the wall are already visible.

Many jobless from the communities alongside the border have been making a living from shuttle trading. They are the so called "ant-smugglers". They cross the border often, up to several times a week, buy goods from Bulgaria, and they sell them on the open markets in their towns. Hundreds of families from the province live on this. Now, the visas are making this more difficult.

"I have goods for two more days" says a woman from Strumica. She sells cheese and other food stuffs she buys from Bulgaria. "I was making a living, 5-6.000 denars(90-100 euro). Now, if they do not allow us to bring it in any more, I don't know what I will do" says she. She has been living on shuttle trading for a decade now.

"It will be more difficult from now on" says a colleague of hers, "we are not sure if we will manage to get a visa and how often we will be able to cross".

Also bigger business immediately suffered the introduction of the visas. Truckers cannot drive because they do not have them, so companies switch to Bulgarian transporters instead.
In addition to its Skopje Embassy, Bulgaria opened a consulate in Bitola, nearer the border with Greece. The mayor of Strumica, the major trade center near the border with Bulgaria, says big traders have already felt the negative effects. Trade slumped. He lobbies for a visa office or a consulate in Strumica, where it is most necessary.

"The economy of the city suffers already. We hope that we will make our case and manage to have a visa office or a consulate here", says mayor Zoran Zaev.

The many Macedonian students who study in Bulgaria are feeling it too.

"They rejected me twice for the student visa", says one, "now I will have to try with a tourist one".
On top of all else, Bulgaria followed the example of the other New Member States, who are still not part of Schengen (and issue their separate visas) and made its visa quite more expensive than the standard Schengen. Although still several options open, it appears that a regular Bulgarian visa will cost around 60 euro.

Over the past years, Bulgaria's largest export to Macedonia has been - passports. People who "recognize" their Bulgarian roots, can easily acquire a Bulgarian citizenship and passport, which opens their doors to the EU and the world. Estimated 20.000 Macedonians have done this over the past 5-6 years, pressed by economic hardship and lured by the opportunity. That produces an apparent sizable Bulgarian ethnic minority in Macedonia, something that Bulgaria could (and has already tried) to use to balance its problem with the significant, but unrecognized, Macedonian minority there.

"Yes. I do possess a Bulgarian citizenship and a passport", says a young man. "Why did I declare Bulgarian? From the simple reason - to make my life easier. Due to the nature of my job I have to travel and loosing time with visas means financial loss for me. True, I had to sign a document declaring that I have ethnic Bulgarian origins. Was this a problem for me? Of course not. The preservation of Macedonian national identity is not my responsibility. It should be up to those in power. You cannot live on ideals".

Bulgaria is now the second EU neighbor with whom Macedonia has unresolved identity issues. Greece has already made its position clear (despite earlier denials) that it will block Macedonia's entry into the EU until the name dispute resolved. It is perfectly reasonable to expect that Bulgaria will act in a similar way.

"Where is the beginning of the Macedonian road to the EU" asks Ms. Jovanovska in her editorial, "How did it happen that the countries which came out of the hardest communism and strongest political isolation, walked all the way to the entrance into the EU, and Macedonia waked up on January 1 with yet another visa barrier?"