9 May: Why It Should be Celebrated 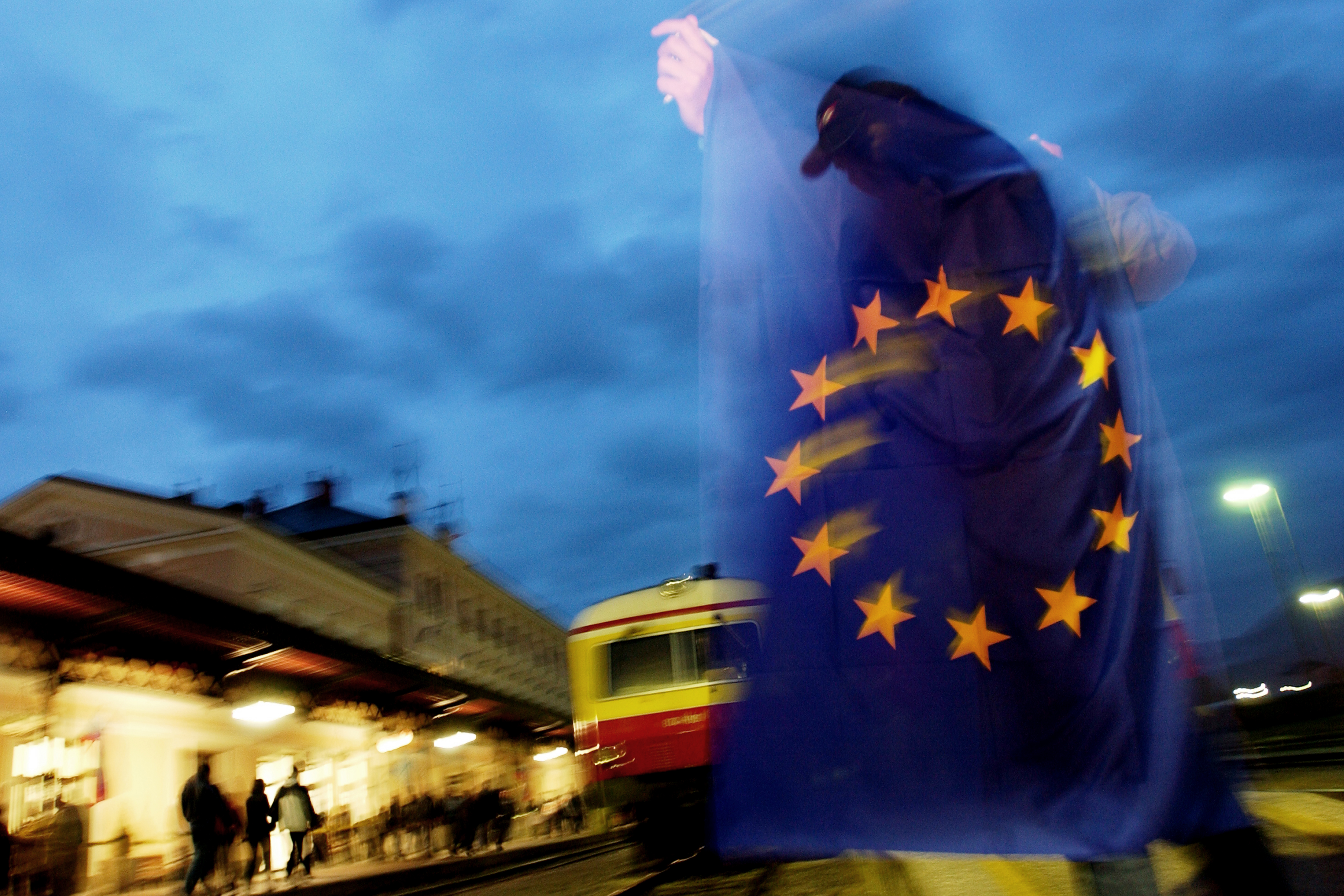 9 May, the Day of Europe. Europe scared by the severe Greek crisis threatening to spill over to other countries in the Eurozone. Today, more than ever, we must rediscover the ultimate values of staying together and rework a political agreement grounded in EU institutions. A comment

Much time has passed since May 2004 when 10 countries, many of which were on the other side of the Iron Curtain until 1989, entered in the European Union. Political Europe has been redesigned since the fall of the Berlin Wall 15 years ago; the eastern enlargement has been a priority, not without hesitation but generally with enthusiasm. On 9 May 2004, many wanted to celebrate the Day of Europe and the anniversary of the “Schumann Proposal” for a European organization (1950). The climate was right: there was hope for the future.

Much has changed since then. Europe has only recently succeeded, and not easily, to achieve the necessary rules changes after the expansion to 27 member states. The new members would have been expected to provide the vital juices that the European political project had lacked for some time; instead, they slowed changes. Their citizens have often boycotted the European ballot boxes and have sent many Eurosceptics to Strasbourg.

Meanwhile, in all of these years, some have only watched from afar the European Union. The Western Balkans has remained in its dramatic contradictions never addressed by its political leadership. These contradictions are aggravated by the social, economic, and political legacy related to the post-communist transition, but also to the wars in the 1990s, which after fifty years had returned to Europe.

As a matter of rhetoric, EU officials in Brussels has never denied the European desire expressed by a relevant share of public opinion in these Balkan countries. In reality however, the EU leaders must face the scepticism (if not opposition) of some member states, the institutional difficulties in the European family, and the recalcitrance of the political leadership in the Balkans to choose reforms and accept responsibility for the recent, violent past.

When the global economy started to wobble, the European economy also faced problems. After Bulgaria and Romania entered the EU in 2007, worries appeared concerning possible future enlargements; the fear emerged of the “Polish plumber”, the metaphor for the cheap labour coming from the East. The prospect has diminished for a rapid “return to Europe” for the Balkans.

Perhaps 9 May 2010 was one of the “Schumann Declaration” anniversaries with the least to celebrate. Many are worried: the concerns are not about the instability, which yet near, is perceived as “of the other”. The concern over the survival of the political pact has marked the old continent in the decades after World War II. Now, the very existence of the economic agreement and the euro is at stake.

In its ten years of work, Osservatorio has often – perhaps, better to say, always – talked of Europe, on its webpage, and during seminars and conferences in which it participated. The EU provides a prospect for peace, not only for the Balkans, but also for all of us. Not coincidently now, almost a decade since our first document on the topic, titled “Europe from the Ground Up”, we dedicate part of our work to reflect on the European identity, on what it means to be European. With “Europeans”, the title of our annual dossier, and with many in-depth meetings all over Italy, we propose to discuss the issue with scholars and intellectuals. However, we also will analyse the thoughts and the feelings of people in the countries we observe.

We would have wanted, after 10 years of work, to be able to talk of a Europe in continuous construction. Instead, we fear we would have to talk of failure: a Europe victimised by its fears, a Europe which looks back instead of moving forward.

The serious responsibility of the depraved Greek political leadership should not be forgotten in all of this. However, where were the European institutions that had to monitor and control? Very often, even if from the point of view of the Balkans, we have witnessed an EU rigid and inflexible towards acceding countries, yet lax towards members. For example, consider the border harangue between Slovenia and Croatia, or the unresolved name issue that afflicts Greece and Macedonia.

In the recent years, nevertheless, the Balkans did not lack good news. Even if with unnecessary delay, the visas were abolished for some of the countries; for example, political knots that blocked the European path for Croatia and Serbia have been resolved; the economies have started to revive after years of stagnation. Optimism surfaced also on Osservatorio’s webpage.

This is no longer the case. The first signs are visible in that even for those who felt they were at the gates of the EU, the accession is not guaranteed. The European perspectives of the other countries, such as Bosnia or Kosovo, are even less certain; not to mention Turkey. While public opinion in the Southeast European countries and even some Caucasian ones feels historically and culturally part of the great family, some citizens of the old and new EU member states want not only to return to national currencies, but to leave those “who are outside” to their fate.

The Greek crisis, the European crisis, now poses unambiguous questions. What does the EU solidarity mean? How much does it rest on a common sentiment, a common sense of membership? What are the bonds between the institutions and bodies that represent European society, states, and citizens?

The answers to these questions should be the point of departure. Not in order to promote fear but to rediscover the ideal created by political Europe – whose consequence, not origin, is the Euro.

Rebirth is possible by reviving the relations between supranational institutions and local good practices. Europe can succeed, not fail, only by increased and stronger support to the principle of subsidiarity and responsibility of all levels of political leadership to not close itself again within the illusion of the nation state, the grave of the 19th century.

The nation state no longer functions in a globalised reality, where Wall Street speculations or the eruption of a single volcano threaten to crush half of the world’s economies. However, communities exist whose identities should or could be based on the present and the future. And, this is the reason why we should find the strength to celebrate on 9 May. Not only in the name of what exists at present, but in the name of what we have the moral responsibility to achieve.