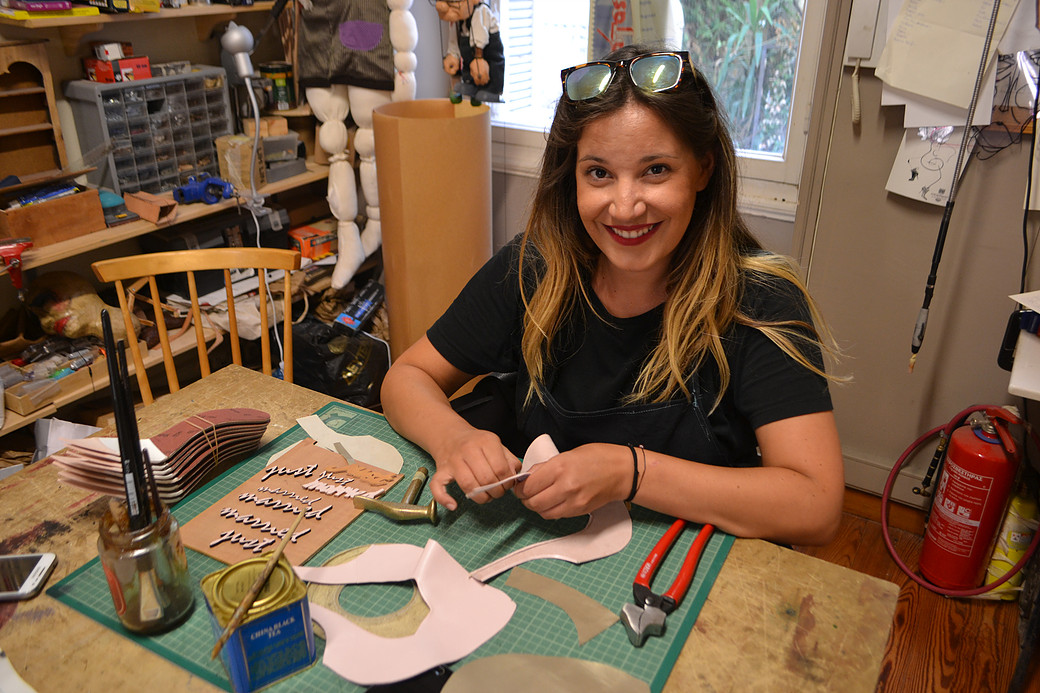 After ten years of economic crisis, many women in Greece have begun to explore alternatives to make their living, revaluing traditional handicraft activities from the previous decades

In the ruins of Greek economy, creative industries blossom. At least, one particular sub-sector, that of handcraft goods. To see crisis as opportunity to thrive may not always be as opportunistic as it sounds. Especially when, apart from the extra income, it provides Greece’s troubled middle class with psychological benefits that are much wanted in a period of crisis.

Having made ends meet, a Greek middle-class person, often a woman, can sometimes afford to attend craft courses and soon be able to shape her creativity into a handmade leather bag. Or into shoes, jewelry, clothes, accessories, etc. Many Greeks happen to have a friend or acquaintance who in the last years decided to develop their inclination for art and design, regardless of what their occupation is, and who now try to promote their handicrafts mainly through the internet. 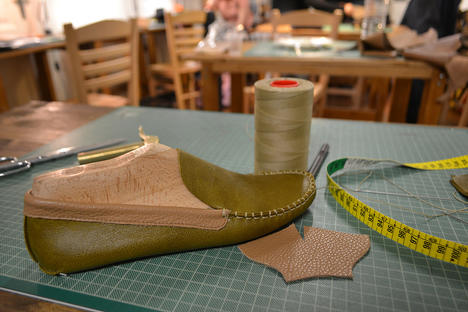 Graduate journalist Angeliki Rambaouni, 28, owns the brand ANGELART for handmade jewels and gives jewelry courses. Though she wasn’t motivated by the economic situation to find an extra source of income - she had decided from an early age that this would be her main occupation -, she has students that seek exactly this. “Even older people and even if they start just for fun, they sell their creations to earn extra money”, she says, adding that “There is not just an increase to the craft sector. There is saturation”.

Despite this fact, Angeliki is not intimidated: “For sure, this market can have more crafters, you just have to do something different to stand out”. Eleni Mallidou, 42, believes that it is inevitable to differentiate yourself when you make something with your hands: “Even if the exact same material is given to two people, they will come out with something different. This is the only job that allows you to depict the unique elements of your personality on the final product”, she says.

This was one of the main reasons why Eleni decided to leave her job as a paramedic in a big private hospital after 22 years, in order to dedicate her time to macramé knotting. “After all this time in surgery rooms, I said it was about time to do what I really wanted. Economic crisis actually helped. When you have it all in an easy way, you stay still. The crisis boosted creativity and the ability to think of solutions to problems”. Eleni now tries to promote her crafts mostly through social media, and to reach foreign buyers or tourists.

First observed by some, this increased interest for handmade items was followed by the launch of enterprises that aim to facilitate the trend. Askardamykti is an institute for handicraft located in central Athens. A hospitable place for new creators, it offers workshops of shoe design, leather bags, bookbinding and lutherie among others, combining Greek cultural heritage with today’s needs.

“We opened the place in 2014 amid the economic crisis, everyone said that it was pure madness but reality proved to be on our side. Askardamykti was met with love by people of all ages, mainly 25-40, most of whom came here when seeking a new career, different from the one they already had or hadn’t at all”, says Despina Malli, co-founder of Askardamykti.

The founders of the place also quit their previous jobs to develop their enterprise. “We now have around 200 students every year, more than 20 employees and partners, and around 30,000 followers on social media”, Ms Malli notes.

Just a year before Askardamykti’s opening, in 2013, two young women launched JamJar the first Greek online marketplace for handmade and “unique designed” items. It started with the works of 20 new designers and crafters and it now hosts more than 400 who have been selected among many more, on quality criteria. 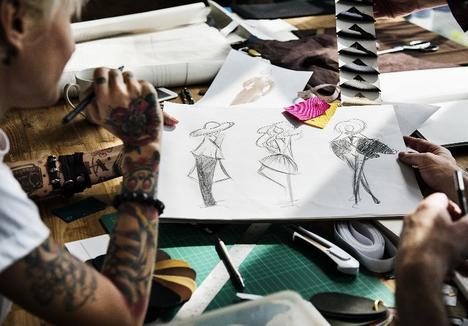 “The idea came in 2012, when we saw that crafters needed to find new channels to promote their work to a wider audience. Until then, most of them tried to sell by attending bazaars. There wasn’t a Greek online platform to help them”, say the co-founders of JamJar, Vera Papagelopoulou and Evi Epitropaki. According to them, JamJar allows crafters to focus solely on their art and not to mind about the trade process, since marketing, customer services, tracking of shipments, packaging, etc., are all taken care of by JamJar.

What is probably especially significant among JamJar’s services is that it “enables small crafters to sell their products legally. The state allows each individual crafter to have a revenue of up to 10,000 euros per year from limited commercial activity. It is taxed on, of course, but it is legal. All the needed documents are issued by us”, say JamJar’s co-founders, who underline that the ultimate goal of their enterprise is to motivate the crafters to open their own activities.

As all the interviewed crafters agreed, to have your own small business is extremely tricky in Greece nowadays. “The decision to start something on our own was taken after a short period of unemployment”, say the owners of the Lazy D handmade vintage clothing brand, Dora and Natasha. “In Greece it's hard to launch any entrepreneurial idea. You're trapped in financial deadlocks and there are no opportunities for young people. But here's where we live, and we try to make our business sustainable and fruitful”.

Dimitra Karayianni is a distinguished flamenco dancer and owns the flamenco dance school La Arachi Kali, in the southern suburbs of Athens. Parallel to this, she attended shoe-making courses as a hobby, and now creates flamenco shoes that she would like to promote internationally.

While she had received financial help through EU’s and Greece’s entrepreneurship programs in 2006 to open her dance studio, now she is not considered eligible to receive funding to develop her flamenco-shoes idea. “I must develop my small business by my own, since I already own another small business. You have to be already big to receive funding to grow more”, she says. Due to the economic crisis, she can’t count on a bank loan, even if in her case even 5,000 euros would be enough to start and to make her the first and only flamenco shoe maker in Greece.

Nearly a decade after the economic crisis hit Greece, people have discovered alternative ways to make it through, by retrieving the handmade way of life they used to live in in the past decades. Even if the share of the Greek creative economy is often hidden in the black economy, it does provide people with financial benefits, let alone with the creative ones. And as it has become quite obvious, this new-old economic path in Greece is lead by women.