The 2014 European elections: a handbook 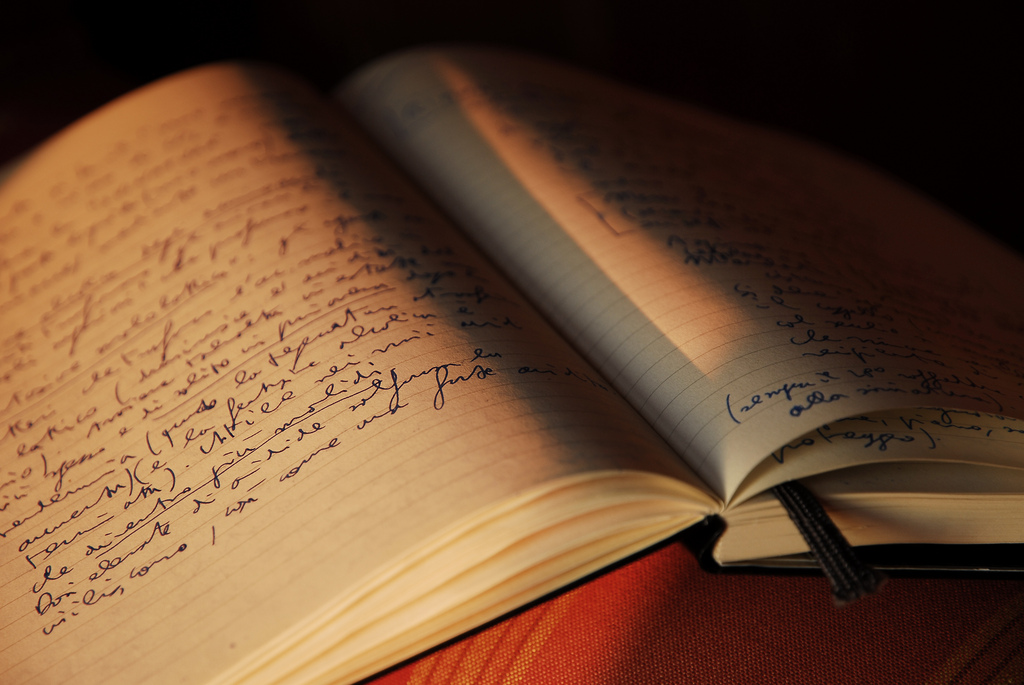 In May 2014, 507 million Europeans will be called to the polls. Yet, understanding the role and mechanisms of the European institutions is hardly easy: a handbook

“We don’t form coalitions of states. We unite men”, wrote Jean Monnet in his splendid political autobiography. It is a grandiose affirmation that holds within it a profound sense of the ambitions of the European project as imagined by its founding fathers. It is also a promise all to often unheeded, however, in this difficult time of crisis.

Nonetheless, between the upcoming May 22nd and May 25th, 507 million citizens will cast their vote for the new European parliament: the largest elective assembly in the world (second only to India’s House of the People), the first — and for the moment, the only - international parliament.

When talking about European politics, one can hardly deny it, confusion reigns supreme. However, the opacity of facts about Europe does not only stem from the 24 spoken languages used by member country politicians and journalists to address the 27 national publics, nor from the dimensions of this continent-wide political agora. It is in the very nature of such a historically unprecedented structure to be elusive, ambiguous, and remote.

It derives from the fact that European politics are, in reality, a process still in the making: a road, an attempt, a creative way to be together and to share a common destiny.

Of course, the nobility of the ends should hardly offer an alibi for every deficit - democratic, political, economic, strategic, military — that afflicts this “revolutionary compromise.” Understanding and denouncing the problems of the European Union, however, means being a citizen, an active actor of this process of formation in which (fortunately) we have been born and raised.

This article-handbook is meant to serve as an orientation in the transnational political panorama created by the European integration, a space that is doubtlessly complex, but hardly illogical.

Is the European Parliament located in Brussels or Strasbourg?

Conversely, Luxembourg is the seat of the Secretary General of the European Parliament.

Brussels, having become the de facto European capital by virtue of Belgium’s geographical and geopolitical position, hosts the seats of all the European institutions, with the exception of the European Central Bank, which is located in Frankfurt, Germany.

Why does the EP have two seats for plenary sessions and commissions? Isn’t this wasteful?

Yes, from an economic point of view, it is more costly. However, behind this apparently irrational situation, lie relevant historical reasons. The city of Strasbourg, located in Alsace, to the west of the Reno river that runs along the border between France an Germany, is the symbolic site of the French-German reconciliation on which Europe is founded.

Have there been previous elections for the European Parliament?

These are the eighth European elections. The first took place in 1979. Before that, there already existed a sort of European Parliament: the Consultative Assembly, which, beginning in 1962, adopted the title of “Parliament.” In conformity with Article 137 of the Rome Treaty, the Consultative Assembly seated “the representatives of the united people of the Community,” which is to say, the national parliamentary delegates. The Rome Treaty assigned the EP a consultative function and political oversight, but no decisional powers. From 1979 until today, the EP has expanded its powers in treaty after treaty, by virtue of the fact that it is the only institution in the European Union that is directly elected and legitimized by a European demos!

What powers does the EP have today?

The Lisbon Treaty empowered the EP to carry out three important functions: to discuss and approve European laws (the legislative role), to discuss and adopt an EU budget (the budgetary role), to oversee other EU institutions, in particular the European Commission, and to assure that they behave democratically (the political oversight role). The legislative and budgetary roles are exercised by the EP – the “People’s Chamber” — together with the Council — the “State’s Chamber.” Starting this year, the EP will also elect the President of the European Commission.

When are the elections being held this year?

Elections will take place between the 22nd and the 25th of May, depending on the traditions of the individual countries. Each Member State has the freedom to define for which and for how many days the polling stations will remain open on its territory. For instance Holland and the United Kingdom will vote on May 22. The Czech Republic and France will distribute the vote over two days (Friday and Saturday for the former, and Saturday and Sunday for the latter). However, the majority of the member countries have decided to hold their votes on Sunday the 25th of May.

How many seats are allotted each country? And according to what criteria?

According to the Lisbon Treaty, the number of European deputies cannot exceed 750, excluding the President. Every Member State enjoys a number of seats that is proportional to its population size. Representation is guaranteed in proportionality with a maximum ceiling of 96 seats and a minimum of 6. Germany, the most populous state in the EU, in fact has 96 seats, whereas Cyprus, Estonia, Luxembourg and Malta all have 6.

This time around why is everyone talking about the “candidates for the President of the Commission”? Who are they?

President Barroso has reached the end of his second mandate. The candidates for the Presidency of the Commission explicitly supported by European political parties are: Jean-Claude Juncker (PPE), Martin Schulz (PSE), Guy Verhofstadt (ALDE), Ska Keller (Verdi), Alexis Tsipras (GUE). The political competition that we are witnessing with this particular reshuffling of the top positions is due to new election procedures for the President of the Commission provided for in the Lisbon Treaty. This provision only entered into force this year and will only come into effect the day after the vote in May.

What are the other “Lisbon Reforms?”

The Lisbon Treaty arose from the ashes of the defeat of the constitutional treaty signed in Rome in 2004. Ratification of this treaty was rejected, one year later, by the referendums in France and Holland. The structure of the Lisbon Treaty seems to have been put together by default, so as to render it illegible. However, the juridical substance and the constitutional spirit continue to survive even in this horrendous assemblage.

The Lisbon Treaty came into force December 1, 2009. Nevertheless, a substantial part of its institutional previsions will only become operative beginning this year. This is the case not only for the procedures for the election of the President of the Commission, but also for the new composition of the European Parliament and the new voting system of “double majority” for the Council. This latter mechanism, which will only enter into full force in 2017, provides for a new qualifying majority, made up of 55% of the states that represent at least 65% of the population of the EU.

Other new institutions, already implemented since 2009, are the permanent President of the European Council – elected by a qualified majority of the governments for two and a half years — and the High Representative of the Union for Foreign Affairs and Security, a figure who also acts as the Vice-President of the Commission.

Both Van Rompuy, the President of the Council, and Catherine Ashton, the High Representative, are at the end of their mandates. The former will leave in November this year, the latter will wrap up her own functions at the same time as the Barroso Commission. The outcome of the upcoming European elections will hence determine the replacements for the heads of all the European Union institutions.

It should be noted that the Lisbon Treaty also leaves open another potentially revolutionary possibility: what would happen if the position of the President of the Commission – elected on the base of the composition of the EP – and of the permanent President of the European Council – nominated by the governments — were to fall to the same person? It would mean a fusion between the community and intergovernmental levels! The new treaty does not provide for such a scenario, but neither does it prevent it.

The Union seems very complicated and not particularly transparent. Should I trust it? How can I keep an eye on the conduct of the candidate I voted for?

The European institutions are founded on the principles of openness and transparency. It is hardly an accident that the two seats of the European Parliament, the European Commission, the European Court of Justice, the Central European Bank are all glass palaces. C’est à dire: take a look.

But beyond the felicitous symbolism of the building materials, and from a more substantial point of view, judging European decision-making procedures is quite often an a priori negative. In reality, it’s been years since the “gray, amorphous and incomprehensible” Brussels institutions put everything on-line. Consequently, every citizen is able to visit them, consult their documents, and bear witness to their work.

We, the new generation

In conclusion, it is possible to be European citizens. Obviously, this means occupying a new space for civil and political life; a space that it is not easy to make one’s own, and which, for many, appears remote.

This perception is due to multiple and understandable factors. On one hand, there are the limitations of the European Union, shortcomings for which we must be severe critics. On the other hand, some of the responsibility is born by the elites and the national medias, which tend to refer to Europe as if to a super-power without a fixed location, from which requests cyclically rain down for “homework assignments” — a horrendous expression, whose wide diffusion is emblematic of the distorted perception that we have of the European project.

The nationalization of public spaces in Europe is probably the greatest democratic deficiency of the Union: a problem for which we must find a solution. The difficult task that lies before the new European generations is not to give in to the easy nationalist logic, already exhausted by History during the century that we are leaving behind us, and also to not renounce a design that is ambitious and long-term.