Croatia, all set for the European elections 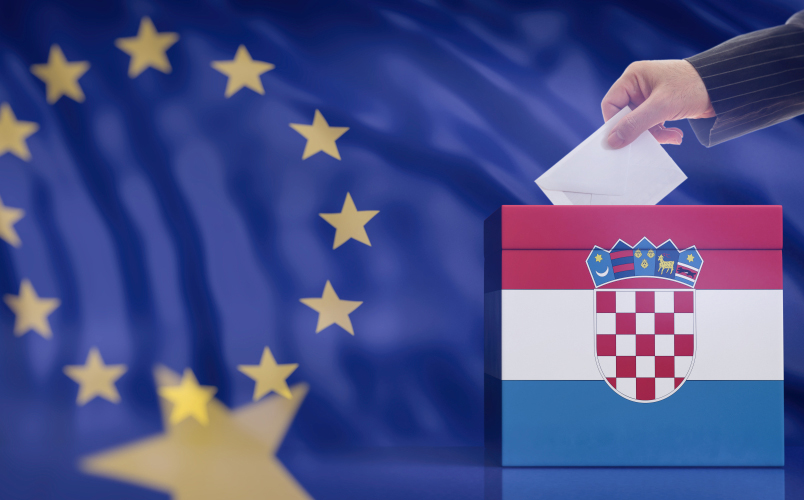 Croatia will vote for the European elections on May 26th. Considering the revival of demonstrations and protests throughout the country, an increase in turnout is expected compared to the 2014 elections. An analysis of the competing parties

"The European elections come at an interesting time for Croatia, when society has awakened. In recent weeks there have been several demonstrations and new parties and movements have sprung up. This is why I think that this time the vote will really attract the attention of citizens". Tomislav Klauški, a columnist for the 24Sata newspaper, looks closely at the recent developments in his country's political landscape.

At the beginning of this year, in fact, Croatia seems to have come out of its traditional torpor and, in Zagreb, thousands of people took to the streets on several occasions. In early March, there was a protest from journalists, worried about the state of health of the media in the country and the excessive number of defamation proceedings in progress. Then students, like in many other cities around the world, mobilised for the environment. More recently, thousands of people have demonstrated against domestic violence, against the award of an honorary degree to the mayor of Zagreb, and against the closure of the historic Kino Europa – the cinema founded in 1925 which from next June 1st will be closed for work (according to the managers, this is a pretext by which the municipality intends to change the management of the cinema, which has rented the premises for the past ten years).

There is a certain excitement among parties as well: in the elections of next May 26th, a dozen movements and coalitions will compete for 12 seats in the European Parliament (if the United Kingdom does not participate in the vote). "The European elections have always been an ideal test for the new parties. But I think we can also add that traditional Croatian bipolarity is now dead", continues Klauški. In the newest Member State of the European Union, right and left are in fact no longer the only actors in the field. New formations have sprung up on both sides damaging the two traditional parties, although it must be said that the conservative front (Prime Minister Andrej Plenković's Croatian Democratic Union – HDZ) has been able to better limit the damage, remaining largely in the lead in the polls, while the Social Democratic Party (SDP) keeps losing support.

On the left, the youngest formation is the one born from the alliance between the progressive and environmental movement Možemo (a sort of Croatian Podemos), the left-wing party Nova Ljevica, and ecologist ORaH. This platform, presented at the end of March 2019, is headed by Tomislav Tomašević, leader of Možemo and city councillor in Zagreb, elected in 2017 with the civic list Zagreb je naš. If over a year ago Tomašević and his team were able to convince the public and obtain a good result in the administrative elections (almost 8%), Možemo and the alliance on the left remain for the time being an unknown factor. With a programme focused on issues such as social equity, environmental justice, anti-fascism, and gender equality, the alliance hopes to exceed the 5% threshold on May 26th – an objective that is far from certain.

For a long time in crisis, the Social Democratic Party (SDP) is in a very different situation, having definitively lost the match with the historic rivals of HDZ. The latest CRO Demoskop poll, carried out for RTL in early April, puts the SDP at 16.9% against 28% of the HDZ. For SDP leader Davor Bernardić, the priority for the European elections will therefore be to gain at least 3 seats out of the 12 available (the HDZ fluctuates between 5 and 6). It should not be a mission impossible: the list presented by the Social Democrats in view of the European vote presents some well-known faces of the party such as Tonino Picula and Biljana Borzan, both outgoing MEPs, or former Veteran minister Predrag Matić and MP Romana Jerković.

More to the centre, the Amsterdamska koalicija brings together various liberal and progressive parties, including the Istrian Democratic Assembly (IDS), the Glas liberals, the Croatian rural party (HSS), or the Party of Pensioners (HSU). The coalition, which is part of the Liberal parliamentary group in Strasbourg (Alde), is headed by Valter Flego, president of the Istrian region. According to the latest polls, the group should exceed 8%, earning a seat.

The last political formation on the Croatian centre-left is the Start front, launched by Dalija Orešković at the beginning of the year. According to the Croatian press, the former president of the Conflict of Interest Commission is actually preparing for running in the presidential elections to be held at the end of the year against outgoing head of state Kolinda Grabar-Kitarović. According to voting intentions, Start navigates around 4% and may therefore not be able to gain a seat in Strasbourg.

The Croatian Democratic Union (HDZ) of Prime Minister Andrej Plenković is, as mentioned, the strongest party in Croatia at the moment. Perhaps for this reason, the Prime Minister (and former MEP) has taken the luxury of placing Karlo Ressler, 30, a member of the party's youth, at the top of the list of European candidates. "He is a Mr. Nobody, but he serves to send a clear message – the HDZ has changed. This is what Plenković wants us to believe", says Klauški. Whether such change is real or just a facade is a regular topic in the Croatian press. However, Ressler did give his first speech as a candidate next to a large photo of Franjo Tuđman, just not to upset the HDZ base too much.

The independent front Most, which was in government with the HDZ just two years ago, continues its slow sunset. It is credited around 6% and should therefore secure a seat, even if its position in the polls has worsened in recent months. The fact could help that the next "March for Life" will be held on May 25th, i.e. on the eve of the vote. Most, a party close the Catholic church, could ride the wave of the anti-abortion demonstration to gain more votes. Yet, the HDZ might do the same and hamper Most's efforts to appeal to the conservative electorate.

An ally of the 5 Star Movement at European level, Živi zid ("Human Barrier") is going through a similar decline. Born as an anti-eviction movement, Živi zid experienced an exploit in the presidential elections of 2014/2015, when it collected the 15.9%, and later managed to enter Sabor, the Zagreb parliament, but with only 3 out of 151 seats. Today, it fares around 8% and should therefore only get one MEP. In recent months, Živi zid has put aside the anti-European rhetoric and no longer suggests Croatia's exit from the European Union, which is not very popular among the electorate.

Finally, things are moving on the extreme right of the Croatian political scene too. Two formations compete for the votes of the most nationalist citizens: on the one hand, the Suverenisti led by Ruža Tomašić and her Hrast party, allied with other smaller groups (favouring a "Croxit"); on the other, the Independent for Croatia (NHR) of Bruna Esih and revisionist historian and former Minister of Culture Zlatko Hasanbegović. Both parties are estimated at around 4% and should therefore remain excluded from the next European Parliament.

"To stir the swamp"

Over a month before the vote, these are the formations challenging each other in an election campaign that has been so far subdued. "There are no major issues of debate – notes Tomislav Klauški – the opposition seems to be content with riding the theme of the struggle against the HDZ, while the party in power continues to present itself as the only reasonable choice". The electoral campaign will accelerate as the weeks go by, with the primary objective of encouraging voter turnout (at the last round, in 2014, just 25% of voters showed up at the polls).

According to Klauški, "the turnout will increase". Not only because the new parties will try to take advantage of the awakening of Croatian civil society, but also because the prolonging of the Brexit negotiations has drawn attention to Croatia's membership of the EU. Disaffection with the Union was somewhat mitigated. The result, to put it in Klauški's words, will be "a stir in the swamp". Perhaps, good news.