Greece, much crisis for nothing 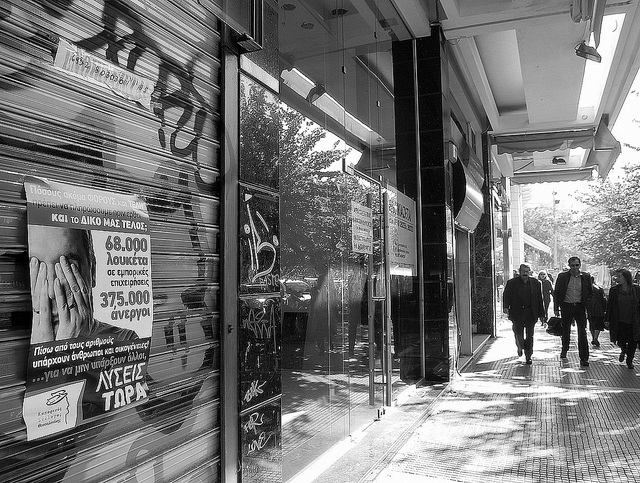 Crises are painful, but they must be an opportunity for change. Yet in Greece, says economic analyst Janos Manolopoulos, this has not happened. Athens' political and economic leaders navigate at sight, unable to rethink the country's future

This campaign has brought out two fields in Greek politics, one pro and one against the agreements with the "troika" EU-IMF-ECB...

I disagree. This is a gross simplification by many Western media. Not even the PASOK and New Democracy can be defined as "pro-memorandum", or as advocates of real structural reforms. They have always told voters that they succumbed to the external pressure of necessity, without any real conviction. SYRIZA took advantage of this contradiction and now claims it is the best qualified to force renegotiation of the Memorandum, having signed none of the painful agreements. PASOK and that New Democrats have demonised the various rescue packages and claimed they signed them "with a gun to the head". And this, among other things, resulted in the lack of any real debate on the real causes of the crisis in Greece. 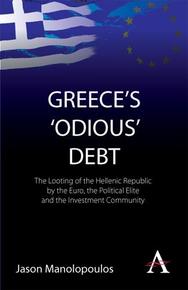 Jason Manolopoulos is the author of "Greece's 'Odious' Debt - The Looting of the Hellenic Republic by the Euro, the Political Elite and the Investment Community". The book, published in 2011, is an analysis of the deep political, social, and psychological roots of the country's economic breakdown – one of the most problematic issues in the global crisis that started in 2008. The book stresses that instability in Greece is caused both by specific political and economic dysfunctions and structural weaknesses in the architecture of the single European currency, as well as by the global debt crisis stemmed by the blind faith in the international financial system's ability to create growth and self-regulate at the same time.

Is the vote on June 17th a referendum on the Euro? Is the fate of Greece still in the hands of Hellenic citizens?

The "referendum" is an image dear to politicians, but citizens are now less and less interested. People are tired of being told, "vote for us or wait for disaster". The real concern is employment: the Greeks now want to find employment even more than they want to remain in the Euro-zone. And this has been best realized by SYRIZA. As regards the fate of Greece, I think it has already been decided by mutual agreement with Brussels: regardless of the election results, Athens will be out of the Euro. It will be a difficult process and one that will be negotiated, as neither the EU nor Greece are ready for this step. It may take another year, but it is inevitable. Not even a victory of SYRIZA will change this, although perhaps it could accelerate events.

In the case Greece leaves the Euro-zone, will it still need the political project of the European Union?

Yes, absolutely. But the reverse is also true. No one wants a failed state at the centre of the Mediterranean, in a geopolitical position that remains of paramount importance. Russia is waiting for nothing more than an error of the West to be able to benefit in terms of influence. That's why I think that both the European Union and the United States have everything to lose if the crisis in Greece becomes uncontrollable.

What is your opinion on the economic program recently presented by SYRIZA?

I do not think it is realistic. It will hardly be able to raise tax revenue, and achieving a more efficient spending redistribution will be difficult as well. The party's anti-business rhetoric will get us nowhere. Tsipras' rhetoric and promises resemble those made by Andreas Papandreou in 1981. Today, however, Greece is sailing in much rougher waters – since then, public debt has increased from 21% to 160% and the population has aged considerably.

You wrote a book explaining the root causes of the crisis in Greece. Can you indicate the main ones?

The crisis in Greece is the result of various factors. Some are specifically Greek, while others are global. The country's main problem is its totally oversized and inefficient public sector, which suffocates the production system. We have been living beyond our means, becoming less productive and competitive.

The other problem lies in the fallacious single-currency infrastructure. The Euro-zone has always been far from being an optimal common currency area, and things have not improved over the years. The national economies are too dissimilar to absorb economic shocks in the same way, there is no common treasure, no automatic fiscal transfers and, most importantly, no real common labour market like in the U.S.. The fact that unemployment has reached 25% in Greece, while remaining stuck at 6% in Germany, proves the point.

Then there is the debt global issue. Greece's debt is rooted in government deficit, weak institutions, and corruption. But the problem is not just Greek – the U.S. have had the sub-prime crisis, Iceland the collapse of the banking system.

Has the crisis prompted a search for greater accountability by the political and economic leadership?

No. From this point of view, the old Greece is not dead. It 's ironic that the vast majority of Greek citizens, that wants a real transformation, is not represented by any party. This is because, in a well-functioning European country, today's politicians would be useless. The same is true for many entrepreneurs, who now do business only thanks to their connections with politics – under real competition, they would soon be cut off from the market. The political and economic networks that thrive today represent 10-20% of the Greek population, others just suffer from this parasitic elite.

Is there a debate on an economic development plan for the medium-to-long term, a project that goes beyond the immediate response to the crisis?

Unfortunately the answer is, again, no. Greece is still prey to the demons of the past and cannot look to the future. 55% of the workforce is employed in three sectors: public administration, commerce, and construction – all sectors based on credit and now in deep crisis. How to re-orient development? No plans in this regard. We have 1.5 million unemployed. What to do about their retraining? No one speaks of this.

The campaign was a missed opportunity for true discussion of the future. Unfortunately, Greek people are not ready for this discussion and prefer to look for scapegoats, also because the media are controlled by the same political and economic elite that brought the country to disaster.

Will Greece need to give up on its welfare state? Up to which point?

The Greek state now spends at least 15-20% more than it can afford. It is inevitable that there will be more cuts. There is no alternative.

How has the process of debt restructuring worked out so far?

The so-called "haircut", i.e. the cut in the nominal value of Greek securities, was mainly a marketing operation. Private lenders have indeed given something up, but then the money was put back into circulation with the recapitalization of banks, and eventually the amount of actual debt has not decreased. What has happened is that it has increased the maturity of the debt, lowering interest rates. It is an important step, but it mainly serves to take time.

François Hollande's victory in France seems to have questioned the line of austerity at all costs, pursued mainly by Germany. Do you think this will have important repercussions on Greece?

Perhaps there will be change in Europe, though not immediately. Unfortunately, though, I think it is too late for Greece. Personally, I am convinced that in the end, for various reasons, the two extremes of the chain – Greece and Germany – will be the ones to abandon the single currency.