Time for a European Macedonia 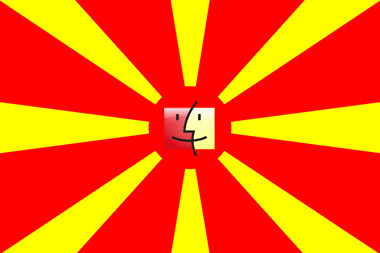 The dispute with Greece on the constitutional name of the country has been keeping Macedonia outside the gates of the EU for too long. This situation is bound to create lasting negative effects not only for Skopje, but also for its European neighbors

The Republic of Macedonia (or Former Yugoslav Republic of Macedonia, FYROM) was the first country in the Western Balkans to sign a Stabilization and Association Agreement (SAA), the first step towards EU integration, in April 2001. Notably Croatia, which is going to become a full fledged member of the Union on the 1st of July 2013, signed the SAA some months later, in October 2001.

The European Council of December 2005 then granted Macedonia the status of candidate country. In October 2009, the Commission recommended to the Council to open negotiations with the country. The Council, however, has not taken a position on the Commission's proposals. The reason behind this (lack) of decision is well-known: the long-lasting dispute with Greece regarding the constitutional name of the candidate country.

Recently, in April 2011 with a resolution adopted by 506 votes to 44 with 44 abstentions, the European Parliament called once more on EU Member States to begin immediately accession negotiations with FYROM, regretting that the name dispute with Greece is causing deadlock.

The EU parliament, of course, didn't take side in the dispute. Greece considers the question as a central issue, and has the right to defend what it holds on as its national interest. Nevertheless, I'm convinced that a further delay of the start of Macedonia's accession talks as a consequence of a bilateral dispute is short-sighted strategy, and will further harm not only Macedonia's political and economic perspectives, but also stability and cooperation in the region.

It has to be underlined that, despite problems and imperfections, the political and social multicultural model implemented in the country is working, granting to the various ethic communities access to political and cultural rights. On the other hand, namely the lack of a clear European perspective is a strong “turbulence factor” in Macedonian politics.

I believe that the start of negotiations, giving credible European goals to its political elite, would bring it to a much more mature attitude, also regarding the name issue. The current deadlock, in fact, caused a visible regression. The government led by Nikola Gruevski, initially focused on an economy-development agenda, because of the economic crisis, but also because of its frustration in the EU inclusion process, relied more and more on a nationalistic rhetoric, resulted in the much criticized “antiquisation campaign”, and the erection of statues to Alexander the Great and Philip of Macedon.

Another central issue is the economy. The country is not performing well, and faces long-lasting structural problems. Nevertheless, according to the 2010 Progress Report, issued by the European Commission “[FYROM] should be able to cope with competitive pressures and market forces within the Union in the medium term, provided that it vigorously implements its reform program in order to reduce significant structural weaknesses”.

The start of negotiations would prove a strong fuel to bring back economic reforms to the top of the Macedonian political agenda. In several cases, the “carrot” of the European integration gave to the local elites the political strength to foster unpopular, but needed reforms. I cannot see why this shouldn't be the case with Macedonia.

An isolated and hopeless Macedonia is losing ground, and not coming nearer to EU standards. Probably fears that without the EU the country is doomed to break up along ethnic lines are exaggerated. On the other side, though, without starting the accession talks, Macedonia is being deprived of the most credible support to enhance reforms and reach economic growth. A weak and unstable Macedonia is not good news for the EU, but especially for its EU neighbors: Greece, but of course, Bulgaria too.